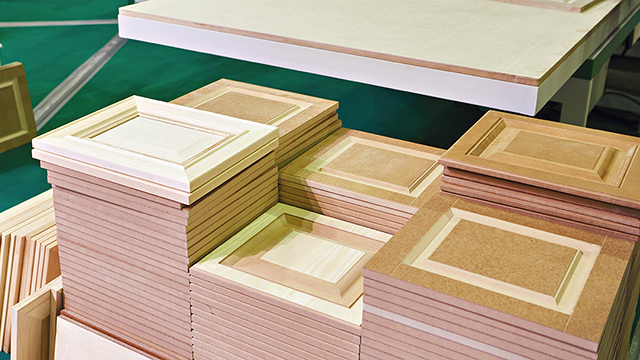 WASHINGTON, DC — The U.S. International Trade Commission has found that the domestic cabinet industry is being “materially injured” by Chinese imports of wooden cabinets and vanities – a ruling that puts an end to a divisive, landmark trade case with widespread implications for the kitchen and bath industry.

The unanimous ITC decision, announced this week, affirms a recent U.S. Commerce Dept. ruling that Chinese wooden cabinets and vanities have been subsidized and sold in the U.S. at less-than-fair market value, paving the way for trade officials to impose stiff antidumping and countervailing duty orders on the imports.

Preliminary antidumping and countervailing duties set last month by the Commerce Dept. are currently being collected on Chinese cabinet and vanity imports, but once the ITC orders are issued, trading penalties will be collected by U.S. Customs and Border Protection agents at the final duty rates, which are higher for most Chinese manufacturers and U.S-based import firms. Almost all companies that import from China will face final combined AD/CVD cash deposit rates of approximately 59%. The duty orders, effective April 1, will remain in effect for a minimum of five years.

The long-awaited ITC decision represents “a major win for the American kitchen cabinet industry and our American workers,” according to Marsh Furniture Company President and COO Edwin Underwood, a member of the American Kitchen Cabinet Alliance (AKCA), a coalition of more than 50 manufacturers and other companies with ties to the U.S. cabinet market.

The AKCA last March initiated one of the largest trade cases ever filed against Chinese imports, a case charging government-subsidized Chinese manufacturers and exporters with unfair-trade practices – including the “dumping” of wooden cabinets, vanities and ready-to-assemble (RTA) cabinets. The AKCA’s unfair-trade petition had been vehemently opposed by the American Coalition of Cabinet Distributors (ACCD), an alliance of distributors, dealers, contractors, installers and importers of RTA units.

While the AKCA had alleged that Chinese unfair-trade practices posed an existential threat to the U.S. cabinet industry, the ACCD had characterized the AKCA claim as a “cynical and opportunistic ploy” to “wipe out” the RTA segment, claiming that the RTA products address a specific consumer need and serve a narrow niche demand, accounting for less than 10% of all U.S. cabinet sales, and therefore pose no competitive threat to domestic suppliers of stock, custom and semi-custom product lines.

Both sides have also sharply disputed the overall size of the U.S. cabinet market, as well as the market share of Chinese imports, and had lobbied heavily for U.S. trade officials to rule in their favor in the contentious, months-long trade case.

“This is an extremely important victory for the American kitchen cabinet industry and importantly our great American manufacturing workers,” said the AKCA, commending the final affirmative ITC ruling “as an important conclusion to a campaign to address unfairly traded Chinese imports of wooden cabinets and vanities.”

“We look forward to working with our federal enforcement agencies to ensure that China now plays by the rules,” Trexler said.

As a licensed Builder, our focus has been on kitchen & bath remodeling. For the past five years, I have continued to search for cabinets that I can buy direct from the manufacturer thus saving our clients money. Just like furniture, that has a very high markup, so do many cabinet lines. We represent one company that imports and one made here in the USA. Quite frankly, most people care more about the price, than the looks, quality, green properties, etc. There will always be a market for the highend as well as the bottom. To screw around with price controls (tariffs) on the middle of the road priced cabinets is opening a can of worms.

Unfortunately we are finding out too late that the US has become overly dependent on Chinese goods in multiple areas of commerce. This country is more than capable of rebuilding our manufacturing sector and competing on a fair playing field with any country in the world. We have forgotten to chose country first over bottom line. Hopefully this difficult episode in history is serving as a wake-up call to America.

——Positive points—
—Imports allow consumers that might not be able to afford a new kitchen, to buy one.
—-In some cases imports offer a higher quality point than lower priced American cabinetry.
—They offer Easier distribution and delivery than most American stock cabinet manufacturers .
—Higher percentage markup.
—Mistakes cost less to replace
——-Negative points—
—Imports rob the middle and upper end dealers of business. As a factory Rep for an upper end line of cabinetry, I’ve noticed a laziness on the part of the dealer to sell up and discuss the added value of better cabinetry. They tend to get lazy and fall back on simply taking orders on the import lines. The dealers who take the time and energy to sell up are making more money and maintaining and promoting their brand. Some up to the point of the Covid 19 outbreak we’re having their best year yet.
American factories need to work smarter, educate the dealer sales force on “how to sell” and offer sales incentives to win back the dealers loyalty but maybe it is easier to ………shoot down the competition!