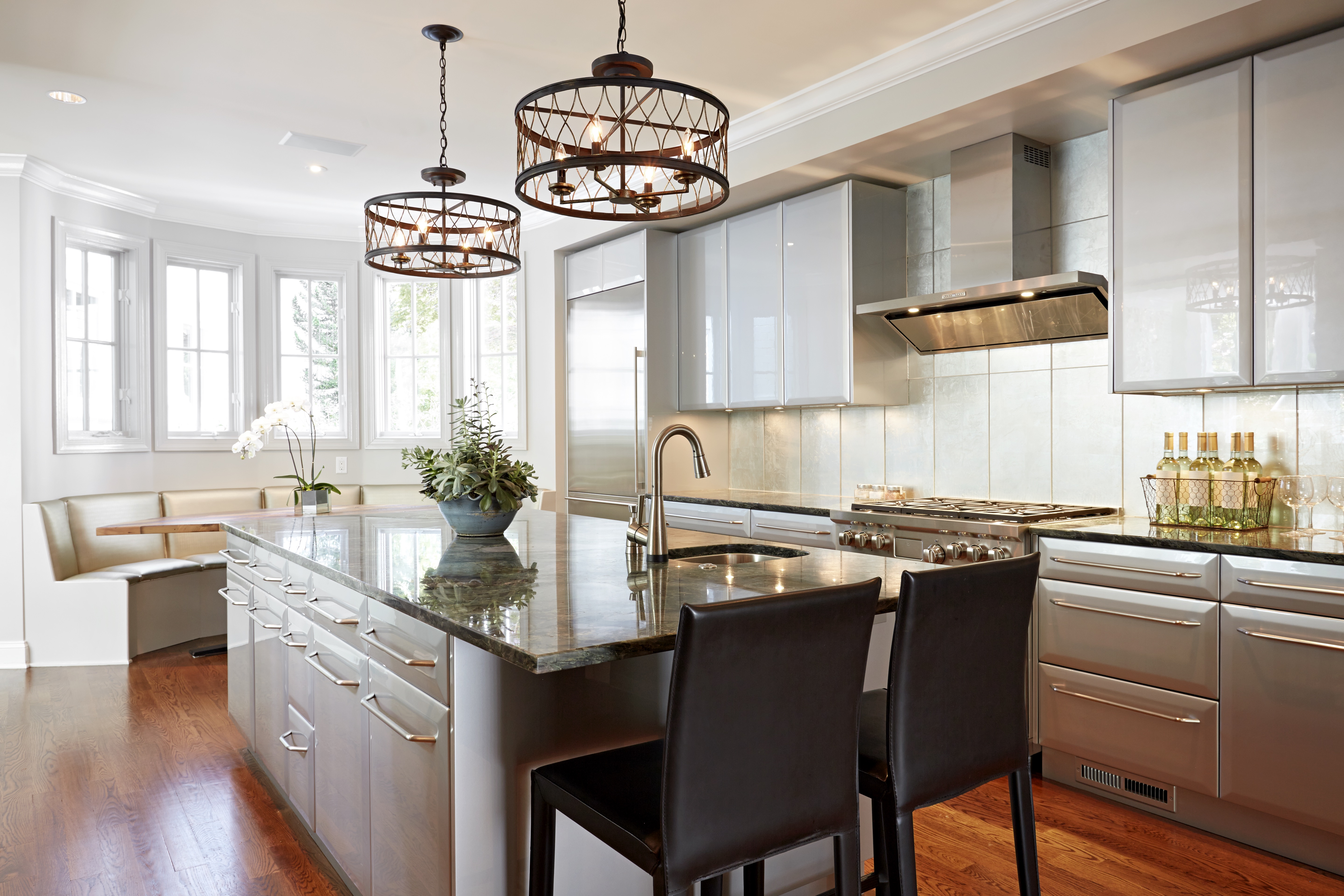 Richmond, VA — With a motto of ‘nowhere else,’ Marvin Daniel and Brian Pilgrim, CKD/CBD, have always done things a little bit differently. That way of thinking even dates back to before they joined forces in 1998 to open what is now known as KDW Home in Richmond, VA.

“As many people do, we each started in the business by working for somebody else,” explains Daniel. “Then we started working together on a lot of projects, which is unusual for commissioned salespeople. But we realized there was a certain synergy between us, and we were actually closing more sales by working together.”

Making a decision to officially combine their talents – with Daniel being the self-admitted ‘big picture’ person working in partnership with Pilgrim’s ‘all-the pieces-to-the-puzzle’ forté – they teamed up to open their own firm. Initially launched as Kitchen DesignWorks, they renamed it KDW Home shortly thereafter.

“The original name was too limiting because people didn’t understand we did more than kitchens,” he says, indicating they take on a wide range of projects including bathrooms, bars, wine rooms, garages…essentially anything that requires cabinetry and built-ins, including closets and even entertainment centers.

Another original business component was an expansive 5,500-sq.-ft. showroom, designed to be groundbreaking for its era.

“I visited a lot of showrooms in Chicago and New York to see what was out there,” he explains, noting an interest in steering away from what he saw. “We wanted to do something different, something that wasn’t being done in the market.”

As such, they opened an innovative showroom with 14 complete kitchen displays “featuring everything a real kitchen would have,” he says. All were designed with input and expertise from an interior designer to ensure an environment in which visitors could readily envision themselves. “It really gave us a different vibe from anything else that had been done up until that point,” he says.

The showroom also featured a ‘live’ kitchen – dubbed the ‘Chef’s Table’ – with Sub-Zero and Wolf appliances and seating for 14 people. “We had a chef and, for at least 15 years, we had a regular, on-going dinner series with five-course, gourmet meals served on a regular basis,” he explains. “They were amazing and perfect for the time period.”

Business thrived and the duo opened a second location in Virginia Beach. Although its footprint was dramatically smaller at about 1,200 square feet, its displays showcased a greater emphasis on design, which would prove to be more relevant down the road.

Fast forward a few years to the mid-2010s. “We started realizing the client base had changed,” says Daniel. “We were still using our original showroom to talk about bottom-mounted drawer glides, dovetail drawers and lacquer finishes…things people came into the showroom already knowing about, having researched them online. People were becoming much more educated, so the need to have 14 spaces was gone.”

People were also finding new places for inspiration, he notes, citing websites such as Pinterest, Houzz and Instagram.

“They used to go to the bookstore and buy 14 magazines and create a ‘rip and clip’ file,” he recalls. “Now, people want to show us Pinterest pages, Ideabooks and what they follow on Instagram. So much had changed.”

With new motivation, Daniel and Pilgrim set out to do things differently once again. This time, it was about downsizing to a smaller showroom in a new location.

“It’s interesting,” he says, in reference to doing more with less. “Our Virginia Beach location is about 1,500 square feet and it was selling dollar for dollar what our Richmond location was selling. We realized we couldn’t connect square footage to sales.”

Taking a page from the Virginia Beach location – which Daniel indicates was admittedly a bit more ‘hip’ – the new Richmond showroom is less than half the size of its predecessor. At about 2,500 square feet, it features three full kitchens – one of which is still ‘live’ – and several smaller vignettes. Daniel and Pilgrim once again called upon the services of an interior designer, “one of the best on the East Coast,” he says. “She did a ridiculously good job of incorporating what’s current in terms of lighting, art, accessories, accent furniture, etc. to create a fun place to come.”

Another strategy with the new showroom was to emphasize design, which Daniel indicates is the focus of the firm, and the reason for their business success.

“Design is what takes a space to the next level,” he states, adding that as a Class A contractor, the firm also has the ability to implement remodels. “It’s what keeps someone loving their kitchen forever.

“When people ask me what I do, I tell them my partner and I own a design firm, as opposed to starting the conversation by saying we own a kitchen firm,” he continues. “We’re not the first place people think of to buy cabinets. Instead, people come here for lifestyle, design-driven projects.”

As evidence, three designers in the Virginia Beach showroom have degrees in interior design.

“We are all about design,” he says. “We are very proud that we’ve won the Sub-Zero/Wolf design competition six times. That’s a big deal to us.”

The design duo also upped the ante with regard to technology by investing in software that highlights their talents, which they showcase on 80″ flat screens.

“When we started in this business we did hand drawings,” he says. “Then we progressed to AutoCAD, which gave customers 2D drawings. Now we’ve invested in software for 3D, HGTV-type drawings since they are what clients expect now.”

Daniel and Pilgrim base their fees on the degree of technology clients want.

“If they are happy with black lines on white paper, that’s fine,” he says. “But if they want 3D drawings, we can get very realistic. We’ve even given clients drawings that include their grandmother’s china, along with wallpaper and window treatments they’ve selected.

“This ability has been a big help because this is such a visual business,” he continues. “And, again, it’s a service that other firms like ours just aren’t offering. From the beginning, we really wanted to create a company and brand that offers a ‘nowhere else’ experience.”

Part of that distinctive experience focuses on showcasing products not readily found elsewhere in the area. “From the beginning we’ve sold Pyrolave countertops, and we’re the only La Cornue dealer in town,” he says. “We pride ourselves on the fact that people can find products here that they can’t find anywhere else.”

Technology also plays a role in promoting the brand, with the duo having a very visible presence on social media sites. The company also invests heavily in professional photography.

“Everything visitors see on our sites is customers’ private residences photographed by some of the best-known photographers in our industry,” says Daniel.

Daniel and Pilgrim are also proud of their visibility and involvement in the community.

“We’ve always been community oriented,” he notes, drawing attention to the recent Feather the Nest event, which benefits the Hope House Foundation and adults with intellectual and developmental disabilities. “We try to contribute where we can make a difference.”

Word of mouth and referrals are integral to the business as well, indicates Daniel. “We aren’t necessarily interested in a heavy campaign that gets everyone in the community into our showroom because realistically, we can’t do a kitchen for everyone in the community,” he says. “We’re probably no one’s first kitchen, but we are often their last.” ▪