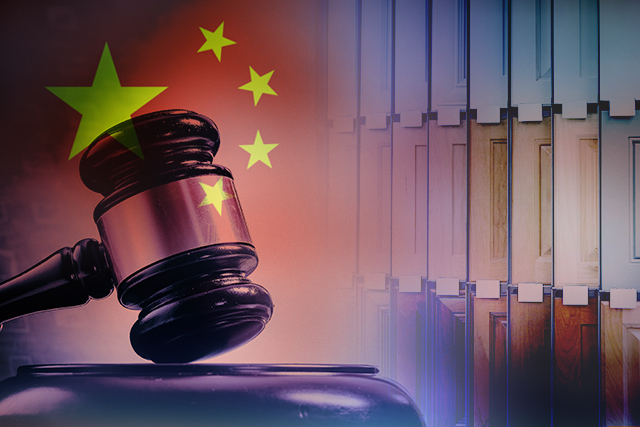 WASHINGTON, DC — The U.S. International Trade Commission has found that the domestic cabinet industry is being “materially injured” by Chinese imports of wooden cabinets and vanities – a ruling that, while hotly contested, puts an end to a divisive, landmark trade case with widespread implications for the kitchen and bath industry.

The unanimous ITC decision, announced late last month, affirms a recent U.S. Commerce Dept. ruling that Chinese wooden cabinets and vanities have been subsidized and sold in the U.S. at less-than-fair market value, paving the way for trade officials to impose stiff antidumping and countervailing duty orders on the imports.

The decision was roundly applauded by American Kitchen Cabinet Alliance (AKCA), a coalition of more than 50 manufacturers and other companies with ties to the U.S. cabinet market. The decision drew sharp criticism, however, from the American Coalition of Cabinet Distributors (ACCD), an alliance of distributors, dealers, contractors, installers and importers of RTA units opposed to the trade duties.

Preliminary antidumping and countervailing duties set in February by the Commerce Dept. are currently being collected on Chinese cabinet and vanity imports, but once the ITC orders are issued, trading penalties will be collected by U.S. Customs and Border Protection agents at the final duty rates, which are higher for most Chinese manufacturers and U.S-based import firms. Almost all companies that import from China will face final combined AD/CVD cash deposit rates of approximately 59%. The duty orders, effective as of April 1, will remain in effect for a minimum of five years.

The long-awaited ITC decision represents “a major win for the American kitchen cabinet industry and our American workers,” according Marsh Furniture Company President and COO Edwin Underwood, a member of the AKCA, which last March initiated one of the largest trade cases ever filed against Chinese imports, a case charging government-subsidized Chinese manufacturers and exporters with unfair-trade practices – including the “dumping” of wooden cabinets, vanities and ready-to-assemble (RTA) cabinets.

The AKCA’s unfair-trade petition had been vehemently opposed by the ACCD, which characterized the AKCA claim as a “cynical and opportunistic ploy” to “wipe out” the RTA segment, claiming that the RTA products address a specific consumer need and serve a narrow niche demand, accounting for less than 10% of all U.S. cabinet sales, and therefore pose no competitive threat to domestic cabinet suppliers.

Both sides had lobbied heavily for U.S. trade officials to rule in their favor in the contentious, months-long trade case.

“This is an extremely important victory for the American kitchen cabinet industry and importantly our great American manufacturing workers,” said the AKCA, calling the final affirmative ITC ruling “an important conclusion to a campaign to address unfairly traded Chinese imports of wooden cabinets and vanities [that] helps level the playing field for American kitchen cabinet workers and our great American manufacturing industry.”

But ACCD officials see the outcome of the case far differently.

“It is shocking that the U.S. government has placed an unnecessary and damaging tax on entrepreneurial American businesses who are struggling to survive in these unprecedented and challenging times,” the ACCD said. “The innovative RTA cabinet industry has gained popularity by providing a quick turnaround option that appeals to a niche group of consumers. Its success has not come at the expense of the domestic industry, which produces made-to-order cabinets.

“The U.S. government,” said the ACCD, “is unnecessarily punishing an American industry that, when accurately accounted for, represents less than 10% of the overall U.S. cabinet industry.

According to the ACCD, “it is unclear how a U.S. made-to-order cabinet industry – boasting years of profitability and steady shareholder returns, as well as several large company members that have themselves imported product from overseas, including China – could be found to be materially injured by imports of RTA product from China. Nor is it clear how [the ITC] decision will help the U.S. made-to-order industry to address the intra-industry competition that is the real source of disruption among some of its companies, and for which RTA imports from China are being unfairly blamed.

“The RTA industry has become an important economic contributor to communities across the U.S.,” the ACCD continued. “We hope that our companies are able to sustain the livelihoods of the thousands of American workers gainfully employed in this entrepreneurial U.S. industry.”