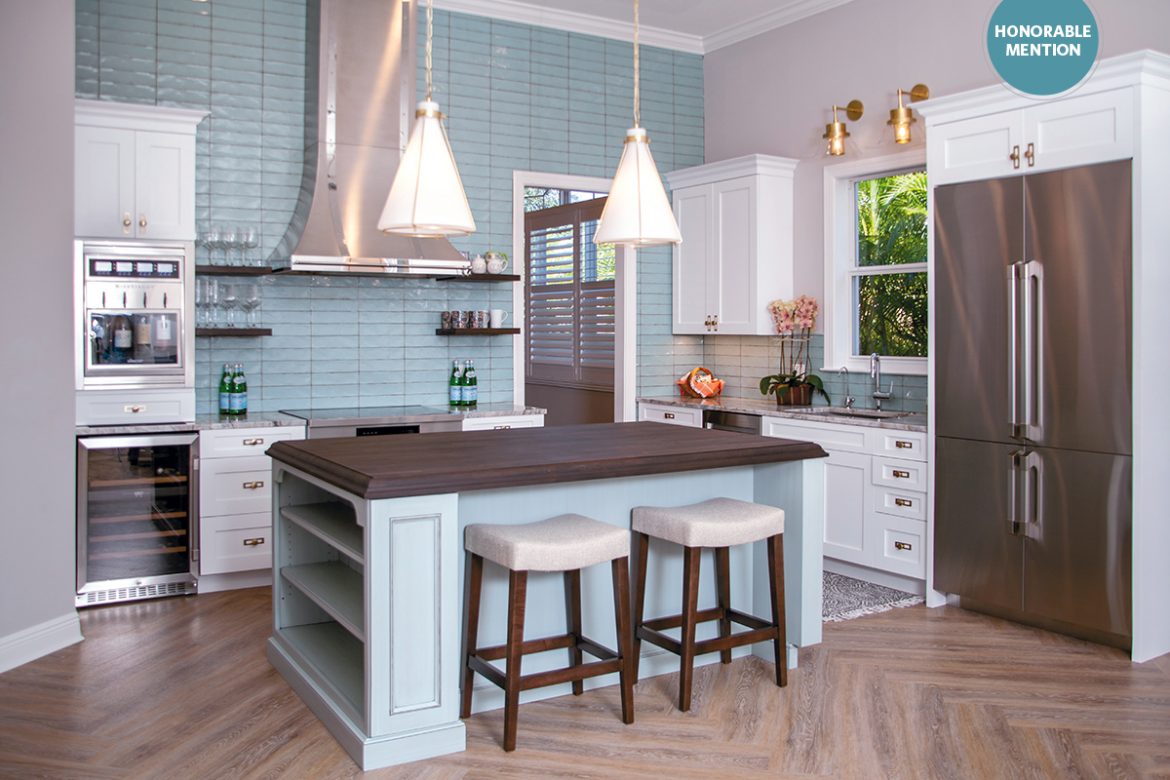 This 193-sq.-ft. open kitchen was the focal point of this Florida home but lacked finishes that would make it stand out. Patricia Davis Brown took on the challenge of creating a kitchen that would work for the homeowner and make a statement beyond the space.

Among the challenges Brown faced was the high, 12′ ceilings, which left the place feeling cold. To create a “wow” factor on the main wall that faced the great room, the designer used Roca Tile’s handpainted Maiolica Crackled 3″x12″ tile in aqua. A Dacor Heritage Induction Range in the same aqua tone added a cohesive element. She also included a custom metal hood with strapping from Vent-A-Hood for added drama, taking the hood flue to the ceiling to help visually bring the ceiling down and bring more scale to the room. In the corner, a wine refrigerator and dispenser from Dacor provide functionality for the homeowner.

On the outer wall, an American Standard Edgewater sink is paired with the Minta faucet from Grohe. A microwave drawer, Modernist dishwasher and 42″ four-door refrigerator, all from Dacor, are positioned for easy access.

A large prep island was done with a natural smoked oak wood top from CafeCountertops, creating an inviting, cozy look while delivering a great prep surface. Brown used the York door style from Styl Cabinets and the Genesis door style from Dutch Made Custom Cabinetry for the white perimeter cabinetry and the blue island, completed with the Kinney Knob with backplate from Top Knobs in a gold tone. Accents throughout the kitchen, as well as the lighting, also included touches of gold to up the warmth element.