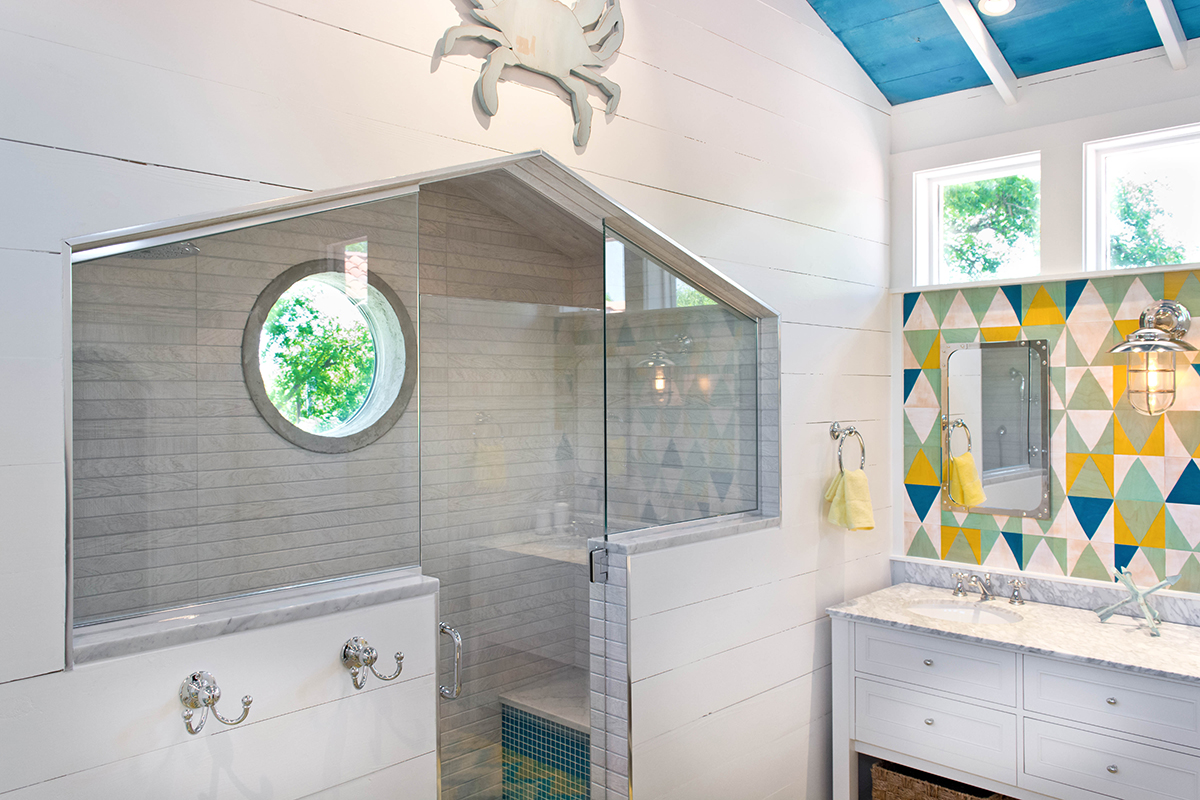 Pumarejo worked with designer Mariana Loya and architect Christian Martinez to design a bright and airy space with a lively coastal feel. To create as much additional space as possible, they extended the cantilevered shower outward by six inches and built a new roof in order to raise the ceiling. Even more space was found in a surprising place: “Once the original vanity was removed, we saw that we had an extra two feet of attic crawl space behind it,” Pumarejo says. “Since we were demolishing the walls to raise the roof anyway, we simply framed the new walls two feet behind to gain the extra square footage.” New windows were added in order to brighten up the room. “By raising the ceiling, we were able to add transom windows to allow natural light to flood into the space without [them] becoming a privacy issue,” Pumarejo notes. They also installed plenty of new light fixtures including recessed can lights, Restoration Hardware Starboard Sconce vanity lights and a Broan shower vent light. Once the room was sunny and spacious enough, playful details such as Moonish 1977 Triangles backsplash tile, American Olean Hawaiian Ocean shower floor tile and a custom arched door with a porthole window were added to breathe seaside vitality into the space. Shiplap wall paneling added a nautical flavor, and the ceiling was also paneled to give the illusion that it was the underside of the roof. A pony wall with cabinets was constructed between the door and the toilet in order to provide additional storage and privacy.