Bath Remodeling on the Rise 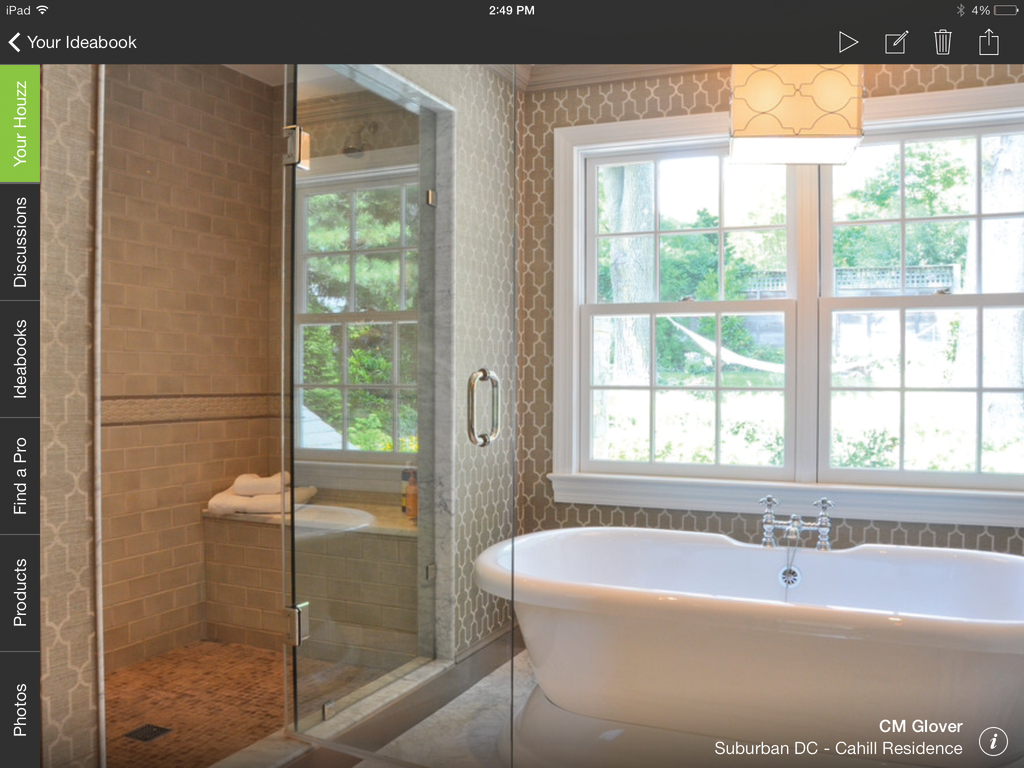 Interest in bath remodels is on the rise, particularly the master bath, with tubs waning, glass shower enclosures gaining and new lighting options in high demand. Additionally, more than half (58%) of those renovating their bathroom are gutting the old bath and starting from scratch, with that number rising to 61% for master bath remodels.

That’s according to a recent HOUZZ survey, which polled more than 7,600 consumers across the U.S and Canada who use HOUZZ and who are either currently planning, or in the midst of, a bathroom remodel. The survey looked at everything from why consumers remodel their bath and which amenities they most desire to how age impacts their preferred design and product choices.

When the economy was at its worst, functional changes seem to be the biggest driver for bath remodeling. Not surprisingly, there’s an immediacy to bath remodeling when it’s brought about by broken fixtures or fittings, a hurricane or other natural disaster, or the need to accommodate changing lifestyles (addition of children, a family member’s disability, an elderly relative moving in). However, as the economy continues to recover, it appears that functionality is no longer the only driver of bath remodels,

Consumers are also interested in adding both luxury and functional amenities to their bath spaces, with light (both natural and artificial) a high priority among those surveyed. In fact, when asked about their most desired bath amenities, new light sources took four of the top 12 spots (see Graph 2), with a new window being the most desired addition, cited by 48% of those polled. The next most desired amenity was a shower seat, noted by 42% of survey respondents, followed by a lighted vanity mirror (41%), radiant heat flooring (28%), a dual-flush toilet (23%) and towel warmers (19%).

Another trend cited by the study is a waning interest in tubs in the master bathroom. More than four in 10 surveyed homeowners are forgoing a bathtub in the master bath, according to the survey, with glass shower enclosures continuing to grow in demand. In fact, some 79% of those polled are choosing glass for their master bath shower enclosure, with 54% of those favoring frameless glass. Glass block, by contrast, has fallen out of vogue, the survey showed.

Interestingly, while tubs are generally viewed as part of the “traditional” bath – and while older people tend to skew more traditional in their design tastes – the percentages of people forgoing a tub in the master bath go up significantly with the age of the homeowner, rather than down. Indeed, only 36% of survey respondents age 25-34 were willing to give up their tub, while a whopping 59% of those 65+ were opting out of having a tub in their master bath (see Graph 3).

Of course the majority of consumers still do want a tub in their master bath, but the type of tub also varies widely. Some 33% favor a freestanding tub, 24% prefer a drop-in tub, 23% want a spa or jetted tub, and 10% each desire or corner tub and an undermount tub.

Consumers’ age plays a key role in their design and product choices, according to the survey, with marked differences in design preferences and features showing up between younger and older consumers. One example of this is seen in how consumers choose to rethink their space, with older consumers more likely to remodel their bath in the existing footprint, while younger consumers are more likely to enlarge the room’s size.

Double sinks were also more popular among consumers over 45, with 58% of 45+ survey respondents saying they are choosing double sinks for their master bath, compared to only 45% of those in the 25-44-year-old range.

Privacy, too, seems to be a higher priority for older consumers, with 52% of those 45 and up choosing an exposed toilet, compared to 68% of those in the 25-34-year-old bracket. Of those who prefer to hide the toilet, 54% selected a separate room with a door compared to 46% who chose to go with a simple partition.

1.   Who Consumers Are Remodeling the Bath

3.  Percent of Homeowners Forgoing a Tub in the Master Bath