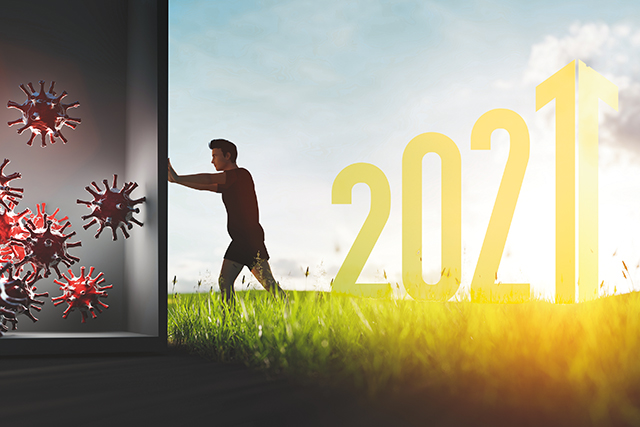 The COVID-19 pandemic, intensifying throughout much of the U.S., continues to impact the operations and finances of kitchen and bath design firms, with most anticipating the disruptions to continue well into 2021 even as business owners find ways to adapt.

Despite the coronavirus’s impact, however, few dealers and designers say they’re overly concerned about the viability of their business, with nearly seven in ten claiming that they’ve implemented virus-mitigation strategies that will enable their companies to remain profitable. A significant number believe that revenue should increase or hold steady in 2021, that their showrooms will remain open – albeit in many cases by appointment only – and that many employees who were laid off or furloughed in 2020 will be (or already have been) rehired. With virtual connections becoming increasingly critical, most business owners report they anticipate adding digital tools, as well as altering their product mix to reflect changing consumer preferences, lifestyles and buying patterns.

Those are among the key findings of a nationwide survey conducted late last year on behalf of Kitchen & Bath Design News by its exclusive research partner, the Research Institute for Cooking & Kitchen Intelligence (RICKI). The online survey, aimed at identifying current and emerging business trends in the kitchen/bath design community, was conducted among some 250 independent designers, as well as individuals who own or work for showroom-based firms.

According to the KBDN-RICKI poll, seven in ten of those surveyed reported that the current public-health crisis continues to have either a “significant” (16%) or “moderate” (39%) impact on their company’s operations and finances. In contrast, 30% said the coronavirus is not currently having a major impact – nor is one expected. Just less than 40% believe the virus’s impact will continue throughout 2021, 14% think it will end within the next few months, 37% believe it will likely last another 4-6 months and 10% saying they “have no idea” of when it might end (see Figure 1).

Regarding the pandemic’s impact, six in ten survey respondents point to significant project delays, both on current installs and in homeowners delaying decisions. Four in ten say that wary homeowners don’t want designers, contractors or other workers in their home, while a similar number of clients and prospects feel uncertain about their finances. Roughly one in three say projects have been canceled entirely. Still other business owners (29%) point to difficulties in accessing subcontractors. A greater number (43%) cite delays in product deliveries, or an inability to obtain certain products, with supply chain disruptions most severe in the case of cabinetry, appliances and plumbing fixtures (see Figure 2). In sharp contrast, only 17% say they are not experiencing any supply chain disruptions.

But despite the challenges tied to COVID-19, only 9% of the survey’s respondents say they’re “extremely” or “very” (19%) concerned about the virus’s impact, and the majority (68%) report they have effective virus-mitigation strategies in place. In contrast, an alarming 5% said they have not implemented such strategies, while 27% remain unsure (see Figure 3).

Anticipating an economic rebound and more stable market, a majority of survey respondents say they expect annual revenue to either increase (40%) or remain the same (38%) this year compared to 2020, while only about two in ten said they expect revenue to decline. In a similar vein, three in ten surveyed business owners said they laid off or furloughed employees in 2020, mainly in the areas of sales and design, but three in four say they’ve already rehired, or have plans to rehire, those employees (see Figure 4). Sales leads and project requests, in most cases, are about the same or higher than a year ago. Showroom traffic, in most cases, is back to pre-COVID levels.

Six in ten survey respondents have a showroom, and most (62%) are open full time, 31% by appointment only. The vast majority say they have incorporated virus-mitigation protocols. Showroom traffic, for 84%, is also back to pre-COVID levels, or higher. A whopping 93% of survey respondents say they currently have no plans to close or downsize their showroom. About half of those who’ve made changes to showroom operations believe those changes are temporary. Half believes they’re permanent.

Organizational features and Universal-Design (aging-in-place) elements top the list of products most requested by clients. Increases in demand for hands-free, ventilation and smart/connected products are also anticipated (see Figure 6).

Four in ten survey respondents say that product pricing is more important now than it was the same time a year ago, while half say the importance of pricing is currently about the same. ▪