Designers are connecting with potential clients and fostering a sense of trust through community involvement.

Neil Kelly Company volunteers, in association with Sawhorse Revolution, participated in The Master Builders Association’s 2019 Rampathon to build wheelchair ramps for those in need. Photo: Courtesy of Neil Kelly Company

At the risk of sounding like every grouchy luddite writing peevish op-eds about people’s reliance on the internet, it sometimes seems like most businesses are focusing a majority of their marketing and branding efforts on social media and other digital avenues. Dealers and designers may spend so much time vying for “likes” and trying to master obscure posting algorithms that they may lose sight of the value of taking a good look at their surroundings and finding ways to directly engage.

Despite this, there are still plenty of businesses that put time and resources into finding ways to interact face-to-face with potential clients. For many of these firms, connecting with their customer base begins at home. From donating pro-bono design services to handing out concessions and business cards at local sports games, design firms are finding a wealth of ways to increase awareness of their brand within their immediate community – the source of much of their business.

This month, KBDN takes an in-depth look at firms that are fostering face-to-face relationships with their neighbors through a variety of community engagement initiatives, and how these firms have benefited from these strategies.

For some firms, sponsoring local organizations or donating to charitable causes can be the best methods of amplifying their brand presence in the community consciousness.

A prime example of this is Caruso Kitchens of Lakewood, CO and its associated charitable organization, Caruso Family Charities. The charity was founded by owner Jerry Caruso and his wife, Sharon, in 2006, and is dedicated to supporting the families of terminally ill children on a personal, thoughtful level. “We interview every family – we go see them and sit down with them. We pay rent, we pay power bills, we pay credit card debt, household expenses, car repairs,” explains Caruso. The charity is supported by a portion of Caruso Kitchens’ profits, as well as a variety of fundraising events including golf tournaments, motorcycle rides, school affiliations, comedy nights and more.

Although the charity was not started for the express purpose of bringing attention to the kitchen business, Caruso’s clients often mention the charity as a factor that has attracted them. “We’ve done many kitchens for nurses at the children’s hospital…and social workers,” he says. “People who hear about our charity or come to our events might be remodeling their kitchens, so the charity has led to lots of kitchen business.” He also notes that the kitchen firm’s association with a charitable organization does foster an initial sense of trust in new clients.

Michigan firm Kurtis Kitchen & Bath, in business since 1969, also has a long history of charitable giving – “[I’m] Pretty sure every baseball game I grew up on was sponsored by my dad or my grandpa,” says Principal and Sales Manager Aaron Kuretzky, whose family has owned the business for generations. Just as notable as its monetary contributions, Kurtis Kitchen & Bath also has a long-running partnership with Habitat for Humanity, which entails preserving and donating all salvageable materials from every kitchen the company demos. Of a current project, Kuretzky notes, “We’re going to donate two shower surrounds, two toilets, two vanities, two countertops, two sinks, two faucets, light fixtures, and then all the kitchen cabinets…we probably donate 50 to 100 countertops a year to Habitat for Humanity.”

Bainbridge Island, WA-based A Kitchen That Works has also been a longtime donor within its community, most notably to a local affordable housing initiative – appropriate for a kitchen and bath firm. “We sponsor their fundraiser, and we’ve done that for many years,” says founder Molly McCabe. 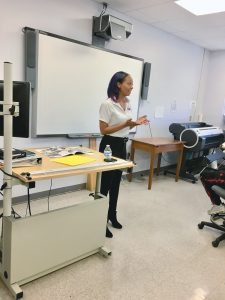 With the labor shortage weighing heavily on many design firm owners’ minds, some firms have taken it upon themselves to directly engage with the designers of tomorrow in order to infuse the industry with fresh energy and deepen the pool of potential new hires.

Neil Kelly Company, a fixture in the Northwest design community since 1947, has established one of the industry’s most notable ongoing mentorship initiatives. Beginning with its relationship with nearby University of Oregon in 1975, the firm focused on involving students directly in the design process through hands-on internships.

“We would have students come and spend time with our senior designers to see everything…not just the typical internship job of making blueprint copies or updating the samples library, but [an experience that] really allowed them to see what senior level people do,” explains Julia Spence, v.p. of human resources at Neil Kelly Company.

In the 44 years since its inception, the program has grown beyond a simple shadowing internship. Spence says, “The students work on an independent project in which they design either a kitchen or a master suite for a friend who pretends to be a client, to the degree that they’re going through all of the steps [of the design process]. So, at the end of the term, they have a project for their portfolio that is done the way we do it.” The students also get a more in-depth look at the nuts and bolts of the design process. “We’ve been able to rope in some of our trade contractors, so the students are able to sit down with an electrical contractor and talk about what the lighting bid would look like for a job, or other elements,” Spence adds.

Neil Kelly Company has seen return benefits from this program in the form of a pool of experienced potential hires who are already familiar with the company’s processes. “We’ve hired a lot of those interns,” says Spence. “We’re seeing those people come back, and we’ve stayed in touch so that we can do some recruiting. We guarantee to our interns that they will always get an interview. We can’t promise them a job, but we can always promise an interview if we have an opening.” She notes that one of their longtime employees, a facilities manager, has been with the company since her internship in the ’70s.

It is also very possible for independent designers to extend a hand to the industry’s next generation. Designer Ebony Stephenson, CAPS, is committed to providing a running start to future designers in her Newport News, VA community, and is particularly involved with Virginia Tech. “I didn’t have that mentor who was already in the industry who reached back and said, ‘hey, this is what we do.’ Nobody ever said, ‘do you want to spend a day on the job site with me or come to the office for the day?’ or handed me their card for if I had any questions,” Stephenson explains.

In addition to speaking frequently in classrooms, Stephenson has made a point of extending invitations to students to shadow her and ask questions. She reflects that job shadowing is one of the best ways for future designers to get a taste of just how granular the design process can be; she recalls one particular mentee squirming during a discussion at a Ferguson showroom about the importance of the right toilet height and seat-opening width.

McCabe has found yet another way of educating those around her while getting her firm’s name out there: writing for her local shelter magazine. “[I write articles about] design and construction – everything from…how to pick the right people for your project and how to budget for your project to how to pick the right ceiling fan.” According to McCabe, this has the added benefit of not only promoting her firm without ever having to pay for print advertising, but also cultivating a higher level of trust in new clients. “I still get emails and phone calls from people saying, ‘Oh, I read your article and I’m really excited,’” she adds. 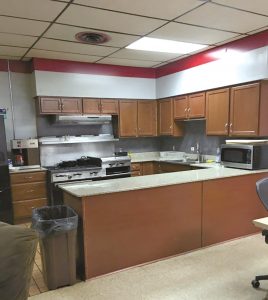 Designing for a cause

It’s not uncommon for designers to contribute vouchers for complementary design services or free consultations to auctions and other events. Offering consultations as prizes in charitable raffles might be a convenient way to draw in clients who may not have otherwise considered engaging a design firm in their remodeling projects.

Some, however, take it a big step further. Kurtis Kitchen & Bath has firmly established itself as a fixture of the community through donating design and construction services to local organizations, most notably fire stations.

This practice of donating design services “actually kind of happened by accident,” recalls Kuretzky. Upon learning from one of his electricians that a nearby fire station was essentially trying to “Frankenstein a kitchen together” from old displays, Kuretzky stepped in to take point on the project, free of charge.

And what benefit has Kurtis Kitchens seen from its charitable rebuilding, aside from good karma points? “That good word going around says we do more than just try to make money. I think that’s really what we get out of it,” says Kuretzky. “It’s just been good word of mouth, and word of mouth creates foot traffic.” In an industry where good word of mouth is one of the most valuable assets a design firm can have, this kind of organic publicity can be invaluable.

Neil Kelly Company also participates in local charitable building projects, particularly those associated with Habitat for Humanity. “We’re just getting ready to start building our fourth [Habitat for Humanity] house,” Spence notes. “We also get together with other contractors and build accessibility ramps into homes and do repair work through the Homebuilders’ Association.”

No opportunity too small

Of course, not every community engagement needs to be a massive undertaking – there are myriad opportunities to increase brand visibility in small, creative ways every day.

Stephenson often volunteers for events such as charity golf tournaments and sports events. “If my job is to drive around and hand out beer and Jell-o shots to all the players, I always keep my business cards on me…I’m representing my company. And then I can take pictures and post them on my company’s social media sites,” she explains. She adds that she will often sponsor events. “If I sponsor water bottles or something, my company logo goes on all the advertisements.”

McCabe’s firm also seeks out opportunities to become directly involved in the community, from sponsoring food bank ‘fun runs’ to sorting compostable and recyclable materials at parades and street fairs. “This year we also sponsored an event called the Trashion Show, where kids and adults create fashion out of discarded items,” she adds. The company also donates design consultations to school fundraising events and other nonprofits.

Aside from its expansive mentorship program, Neil Kelly Company also offers monthly seminars at a nearby community college on the ins and outs of kitchen remodeling projects. “A lot of people say, ‘oh my gosh, this is way more involved than I thought it would be,’” Spence says. “Every month when we offer a seminar, there will be some people who say ‘yes, come visit me. I want you to come take a look at my project.’ We don’t have to do anything heavy handed – it isn’t pushy at all. Most of what we need to do with clients is to educate them as to their choices, so they can make good ones.” And if the best choice happens to be working with Neil Kelly Company, well, so much the better.

Additionally, Neil Kelly Company participates in other community initiatives such as Meals on Wheels. “The benefit I see in our community service is brand-building,” Spence says. “Our communities know that we’re thoroughly invested. They know what our values are. They see us stepping up. That makes a big difference and always has for how we’re perceived as a company. We can only benefit from that.” ▪