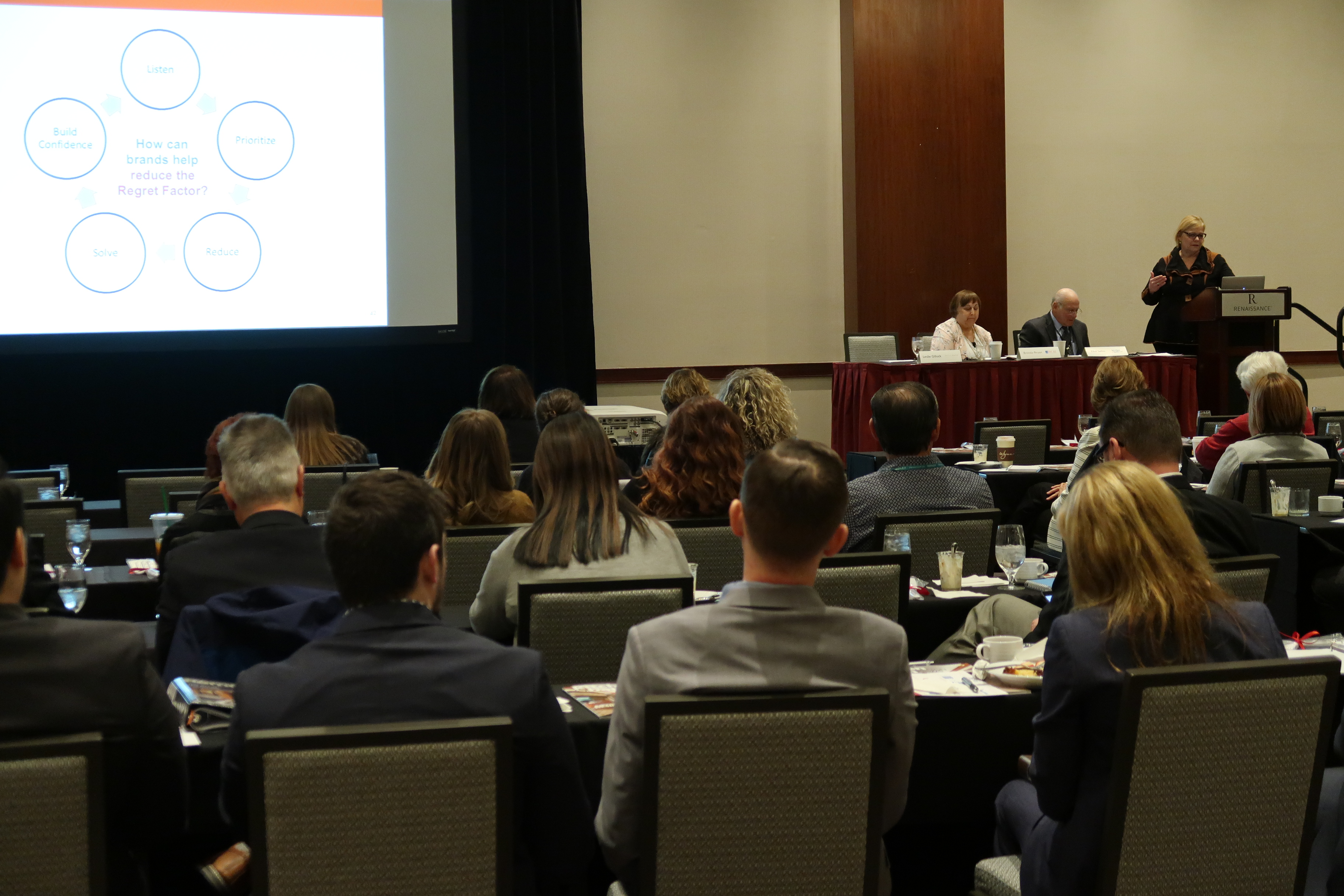 LAS VEGAS — Kitchen and bath product manufacturers, working in conjunction with their design and retail partners, can take a series of concrete steps to minimize the homeowner regret and under-spending that often results from major remodeling projects.

That was the message conveyed to approximately 100 manufacturing executives who gathered in Las Vegas for Kitchen & Bath Design News’ fifth annual “Insights” breakfast. The event – entitled “The Regret Factor: Overcoming Under-spending in Kitchen and Bath Remodeling” – was staged during February’s Kitchen & Bath Industry Show (KBIS) under the co-sponsorship of KBDN and its exclusive research partners, the Research Institute for Cooking & Kitchen Intelligence (RICKI) and Wray Ward, a Charlotte, NC-based marketing communications firm serving leading brands in the residential design and construction market.

The insights that were presented were culled from a recent multi-part study conducted by RICKI among kitchen/bath design professionals, as well as homeowners who undertook major home-remodeling projects. The study found that some 44% of surveyed homeowners who remodeled their kitchen or bath in the past year would have spent more money if they had to do the project over.

According to RICKI’s findings, regret most often occurs because remodeling spending was unrealistically low; homeowners experienced “choice overload” (in other words, having too many options from which to choose); homeowners settled for less-expensive products they later wish they’d upgraded, and homeowners were unaware of product costs in advance.

“Many homeowners simply underestimate the cost of home remodeling projects,” observed Brenda Bryan, executive director of the Houston, TX-based RICKI. “Kitchen remodels, more than any other single renovation project, reflect the greatest variance from what was anticipated,” she added.

According to Leslie Gillock, director of insights for Wray Ward, simplifying the remodeling process would go a long way toward helping to minimize homeowner regret. Gillock suggested the following ways manufacturers and designers can work together: