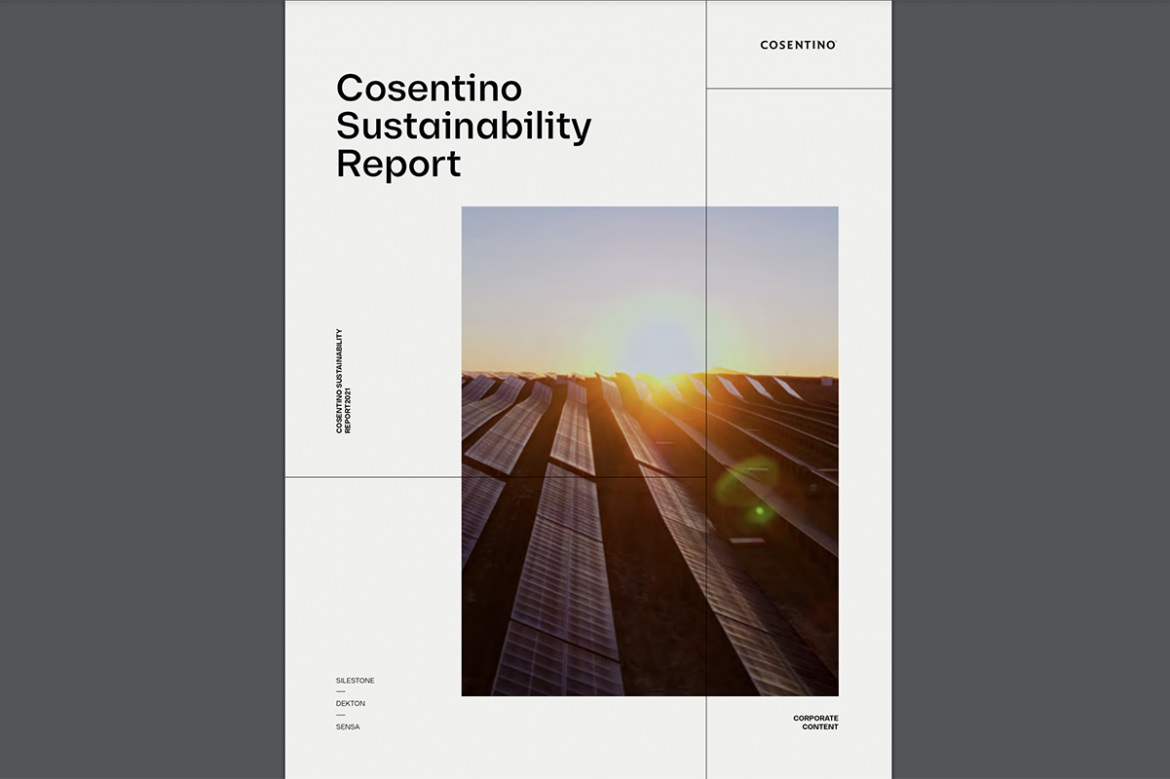 CORAL GABLES, FL — Cosentino Group, the Spanish-based manufacturer of surfaces for architecture and design, has released its “2021 Sustainability Report,” the company announced.

The document represents “a significant and profound advancement” compared to previous Corporate Social Responsibility (CSR) reports, according to the company, which “continues to fulfill its commitment to transparency and responsibility in economic, social, environmental and ethical sustainability among employees and key stakeholders,” corporate officials said.

In the report, Cosentino detailed its milestones and achievements in the areas of social responsibility, environmental initiatives and governance. “These pillars are underpinned by a well-established business model with financial strength based on innovation and R&D, efficient production, circular economy, training, social action and, above all, the strength and high professionalism of the company’s team,” the company said.

In 2021, Cosentino said it invested almost $30 million in environmental assets and environmental improvement costs tied to an effort to reduce the company’s carbon footprint through a series of milestones such as the use of 99% reused water, Zero Water Discharge, the use of 100% renewable electric energy, or the development of sustainable products such as Dekton and Silestone.

Other corporate milestones include:

Last year’s production of more than 3 million m2 of slabs from recycled or recovered materials, nearly one third of the company’s total production, an achievement made possible due to Cosentino’s own Waste Treatment Plant, which enabled the company to manage 400,000 tons of solid waste in 2021, 13% of which was recovered.

The implementation of a new industrial energy model based on renewable energy sources and self-consumption, which also covered the management of water resources.

The creation of nearly 700 new jobs, ending the year with a workforce of 5,425 employees – representing 76 different nationalities, with 91% of employees in permanent contracts.