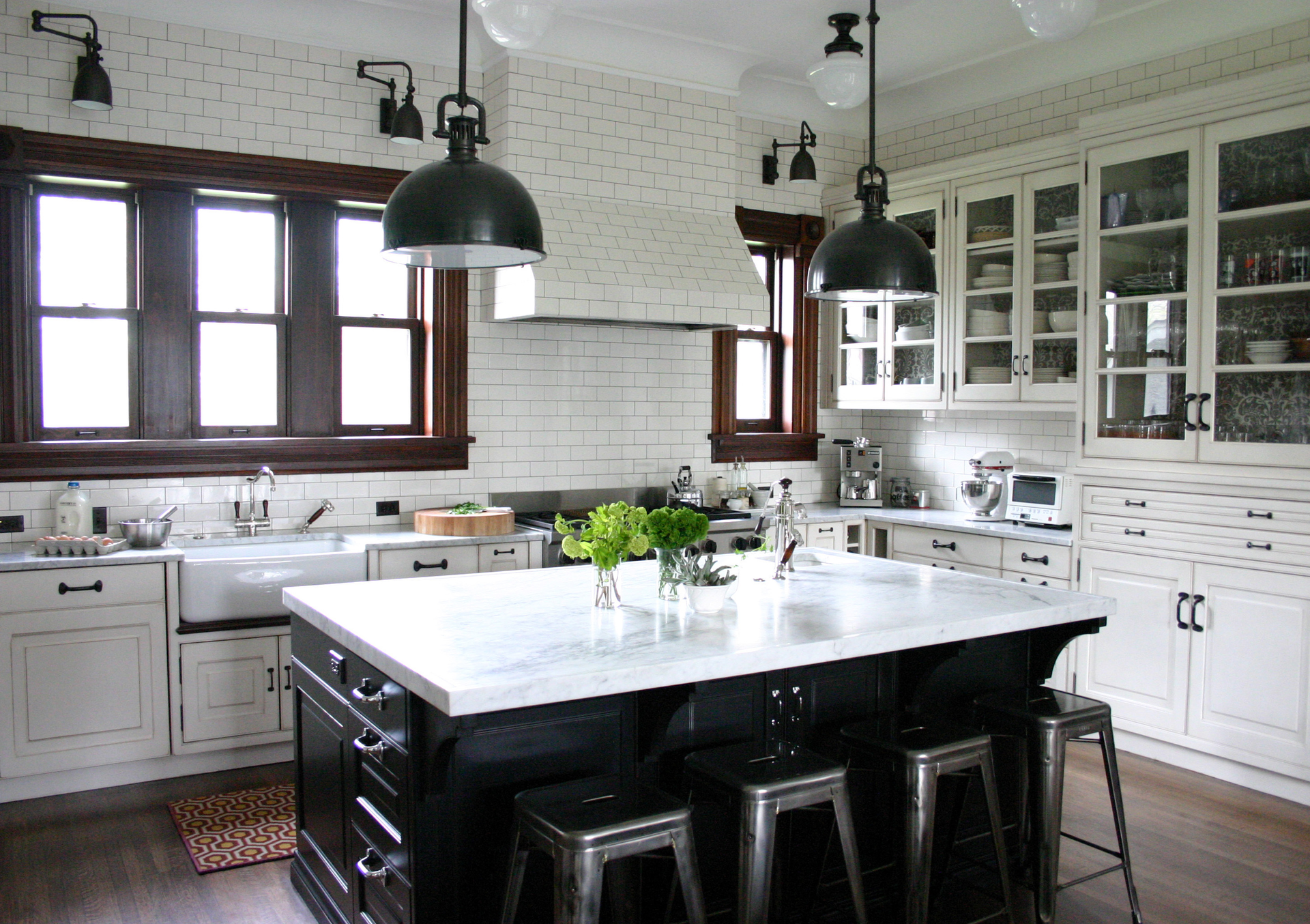 Chicago, IL — Being told that a kitchen she designed “looked old” is one of the best compliments Rebekah Zaveloff has ever received. That’s because Zaveloff, co-owner of Chicago, IL-based KitchenLab, specializes in remodeling vintage homes.

The Chicago area designer loves creating spaces that reflect elements from a previous time, but the kitchens she designs are also influenced by her diverse background, which includes everything from restaurant work to designing movie sets.

A VICTORIAN LOVE AFFAIR
One of Zaveloff’s signature projects is a Victorian-era house in Highland Park, IL, on the north shore of Chicago. According to Zaveloff, the kitchen was “stuck in the 1970s” when she began her work. The renovation was a big job, which included a total reorganization of space in order to achieve a large, open kitchen with a breakfast room connected to the backyard.

“The space plan should be as appropriate to the existing home as the finish selection,” says Zaveloff. “I try to give the spaces we redesign a nod to the past and history of the home.”

In order to keep the integrity of this particular home and not go overboard, Zaveloff used honed Carrara marble in lieu of Calacatta and continued subway tile with charcoal grout around the hood instead of replacing it with a showpiece hood. The wallpaper-lined glass-front cabinets as well as a mixture of different metal finishes added the vintage touch that she sought. In fact, the kitchen fit in so well that a member of the Illinois State Historical Society commented that it looked like the kitchen had always been a part of the house.

“It’s one of the projects I’m probably the most proud of, because I really tried to make it look like it had always been there,” she declares. “We all know that nobody built a kitchen like that in the 1800s. [To say that] it looks like it has always been there – that’s a big compliment.”

Zaveloff’s love for vintage homes and, in particular, Victorian homes, began when she was young. While her mom had a love for new homes, resulting in a job selling new-home construction when Zaveloff was out of college, Zaveloff always had a passion for older houses.

“I have a love affair in particular with Victorian-era homes. I love the mouldings, effort, attention to detail and the fact that in this day and age, no one builds like that [anymore].”

Neither is Zaveloff the only one with an affinity for Victorian kitchens: Her Highland Park kitchen has been added to 140,000 Ideabooks on Houzz.

That’s where her relationship with the hospitality industry began, she notes. After her first job as a busser at Lindey’s (because she was too young to serve alcohol), she continued to work in restaurants on and off for 10 years.

Zaveloff’s current design philosophy has been greatly affected by her experience in the restaurant industry, where function determines design.

“When you’re dealing with a high-volume restaurant space, everything from pattern in tile surfaces that are easy to wipe down and clean, and mirrors for reflecting light to comfortable seating [is important],” she states.

However, there is another part to the equation for Zaveloff. All of the places in which she worked had something in common: a good vibe. This is an important element that she works to incorporate into all of the spaces she designs.

“For us, hospitality is about welcoming people into your home and having an environment that makes them feel like you want them to be there,” she expounds. “We want our spaces to be stylish and welcoming.”

Indeed, she notes, “We want people to walk into their own homes and feel like they have the best table at the restaurant right in their own kitchen!”

AT THE MOVIES
The other big influence on Zaveloff’s design career comes from her experience “at the movies.” While she was studying fine arts at the Art Institute of Chicago, she got an internship with the art department of a movie that was filming in town. Not long after she began, the art department coordinator was fired and she was hired for the role. She later collaborated with set decorator, Dan Clancy, on a film, and it had such a big influence on her that she started a career in set design.

Zaveloff’s boss and his penchant for creating living spaces that felt “authentic” had a big effect on her. However, ultimately, the impermanence of set design was not satisfying enough for Zaveloff. “I wanted to create real spaces, not just sets that were put up and torn down,” she says.

The designer decided to go back to school for her Associate’s degree and eventually got a job at a kitchen design firm. She immediately had to learn the various aspects of working in a small design business, such as handling project management, doing sales and learning about the wide variety of products available. She picked all of it up quickly and decided to pursue her CKD. This step solidified her path to kitchen design, and she has never looked back.

When asked what she is most looking forward to in the future, Zaveloff mentions the projects on tap for this year. “I’m really excited about [some new] projects this year. It’s seems as if clients are starting to veer away from the all-white kitchen and going for other colors. Blue/green/grays, inky blue blacks, stained interiors, a mix of finishes…clients are taking more risks than in the past, and they’re giving us more leeway,” she enthuses.