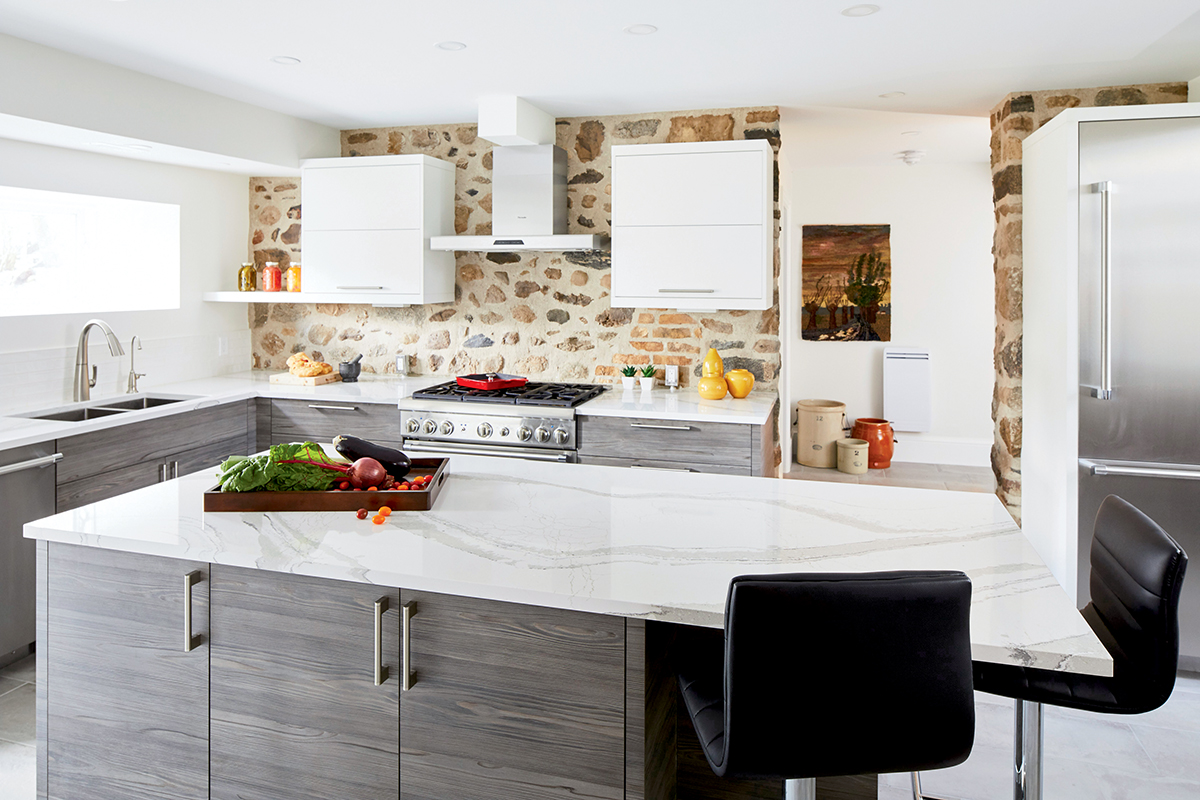 The existing kitchen of this Guelph, ON home was built on what had been the pigsty of the original farm, which resulted in several surprises along the way. Dated, with various layers of wood tones, this kitchen did not reflect the simple, functional needs of the homeowners or provide a space to show off their prized travel mementos.

Mike and Aileen Brown of Paragon Kitchens in Guelph, ON were faced with many challenges while remodeling the 100-year-old kitchen. Midway through the renovation, hidden within a wall, they discovered a beam that cut the room in half, along with an original rough stone wall. The designers and contractor needed to not only incorporate both elements into the overall design, but had to figure out how to vent the range hood through approximately 10″-thick rubble foundation walls and how to heat the kitchen without air ducts.

The original stone wall, made of natural materials from the surrounding farmland, became a strong focal point in the kitchen, and helped with the stylistic challenges of encompassing both the homeowners’ simple, practical aesthetics and the rustic charm of the entire home. The contractors re-pointed the stone while the cabinet installer scribed around every crevice of the wall, which provided a seamless look. In order to minimize the appearance of the invasive overhead beam, the Browns designed a fully built-in refrigerator whose height could be accommodated by the beam, surrounding it with cabinet paneling. The designers left the overall cabinet design minimal with touches of rustic industrial to offer a counterpoint to all of the rustic farmhouse elements. Cement-look tile provided another industrial element and was juxtaposed with the quartz countertops.