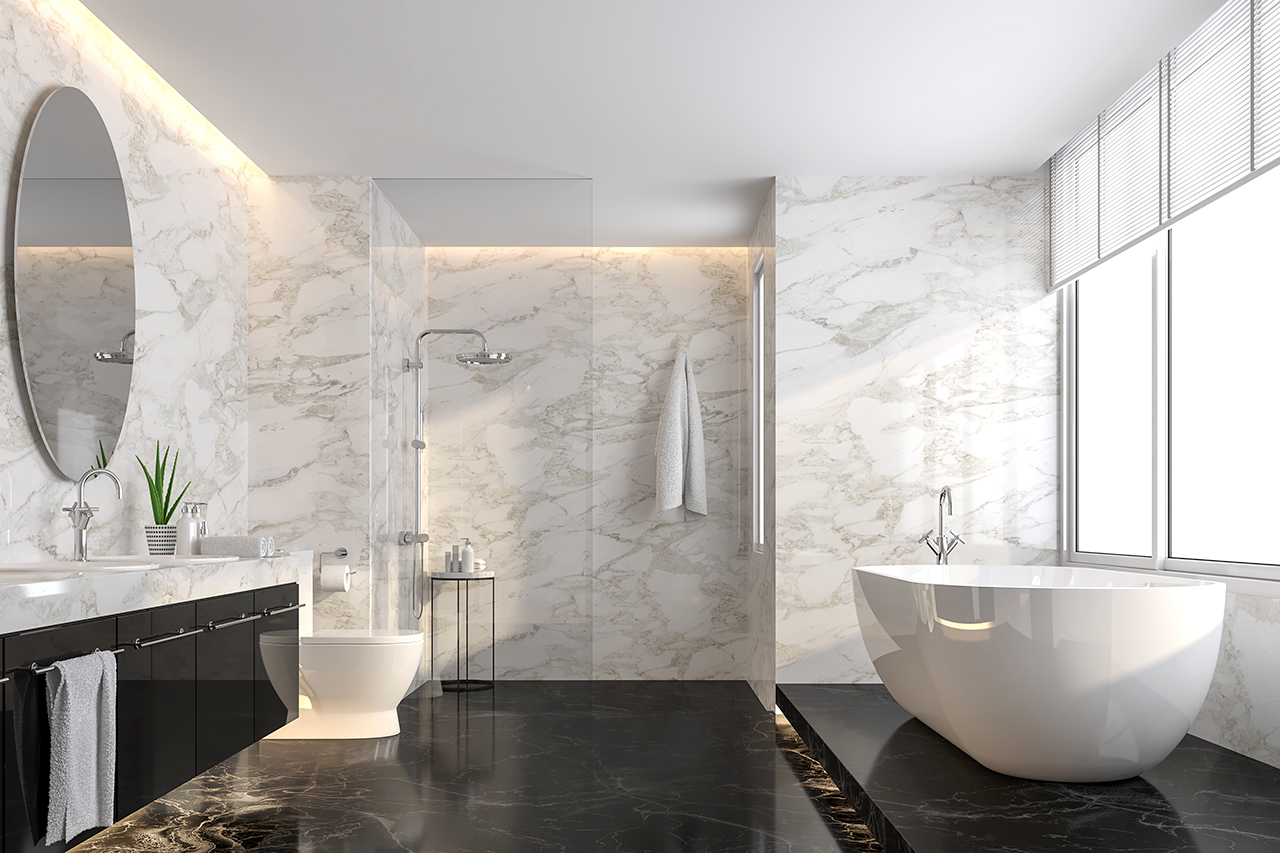 PALO ALTO, CA — U.S. homeowners are increasingly turning to their master bathroom as a safe and peaceful respite from a world that often seems chaotic and threatening, a major new survey has found.

According to the 2021 U.S. Houzz Bathroom Trends Study, whose results were released last month, two in five surveyed homeowners report using their renovated bathroom for rest and relaxation. The survey also found that cleanliness and a lack of clutter are keys to creating a “spa-like atmosphere” in the bath.

The annual online survey was fielded between June and July 2021 to nearly 3,000 U.S. Houzz users who are in the midst of, are planning, or recently completed a bathroom renovation, according to the Palo Alto, CA-based online platform for home renovation and design.

“In the midst of the chaos created by the COVID-19 pandemic, we’re seeing homeowners turn to their bathrooms for respite, creating calming sanctuaries with premium features, hygienic surfaces, and plants and other greenery,” said Marine Sargsyan, Houzz senior economist.

“Given the major changes involved, homeowners renovating their bathrooms are (also) seeking professional help at a growing rate,” Sargsyan added.

According to Houzz, modern, transitional and contemporary styles remain the leading choices for renovated bathrooms. Other features gaining popularity include dimmable lighting and greenery. The percentage of homeowners who relax in their renovated bathroom by soaking in the tub was up six points compared to last year, outpacing the share of those who unwind with long showers, Houzz said.

• Colorful Vanities: While white continues to be the dominant color chosen across all bathroom features, blue and wood vanities have become more popular over the past year, bringing warmth and texture to bathrooms.

• Lighting Upgrades: Homeowners cite both insufficient lighting and no natural lighting as issues before a bathroom renovation, which may explain why more than four in five homeowners upgraded their lighting fixtures this year, Houzz said. Wall lights and recessed lights remain the top two choices in upgraded lighting. However lighted mirrors, pendant lights and chandeliers all inched up in popularity from last year.

• Toilet Technology: More than a third of homeowners who upgraded their toilets during renovations incorporated technology. Bidets remain the most popular tech feature for one in five homeowners, followed by self-cleaning, heated seats, overflow protection and built-in nightlights.

• Lighted Mirrors: Three-quarters of renovating homeowners installed mirrors in their renovated bathroom, with over half installing more than one mirror. Some upgraded mirrors have advanced features, such as LED lighting and anti-fog systems.

• Custom Medicine Cabinets: Nearly one-third of renovating homeowners install custom or semi-custom medicine cabinets, many of which include features such as hidden plugs and lighting on the inside.

Saniflo Donates to Americans in Need