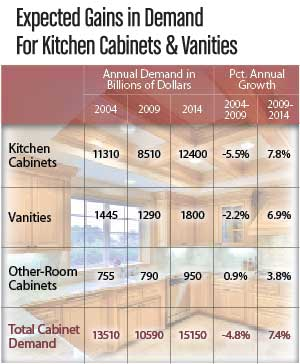 The housing market continued to slog its way through the early stages of an expected long, halting recovery as the third quarter of 2010 opened amid mixed results. Among the key statistics and forecasts released by government agencies, research firms and industry-related trade associations in recent weeks were the following:

EXISTING-HOME SALES
A “soft” sales pace for existing-home sales likely will continue for a few months now that the government-sponsored tax credit for first-time home buyers has expired, the National Association of Realtors said last month. The Washington, DC-based NAR reported that existing-home sales were sharply lower in July, although home prices continued to post gains. Resales were at the lowest level since the NAR began reporting numbers in 1999, and single-family sales – accounting for the bulk of transactions – were at their lowest level since May of 1995. “Since May, after the home buyer tax credit expired, contract signings have been notably lower,” said NAR chief economist Lawrence Yun. He added, however, that given low mortgage interest rates and historically high housing affordability conditions, “the pace of a sales recovery could pick up quickly, provided the economy consistently adds jobs.”

APPLIANCE SHIPMENTS
Domestic shipments of major home appliances maintained their recent pattern of gains through July, posting a 3.6% increase over July of 2009, according to the Association of Home Appliance Manufacturers. The Washington, DC-based AHAM reported last month that appliance shipments, at 37.9 million units, were up 4.0% through the first seven months of 2010 compared to January-July of 2009. Gains were reported in categories as dishwashers, refrigerators, and gas and electric cooking products, AHAM reported.

CABINET & VANITY SALES
Sales of kitchen cabinets and bathroom vanities declined in July compared to the same month a year earlier, the Kitchen Cabinet Manufacturers Association said last month. According to the Reston, VA-based KCMA, manufacturers participating in the association’s monthly “Trend of Business” survey reported that overall cabinet sales slid 5.9% in July, compared to July of 2009. Sales of stock cabinets fell 4.4%, while semi-custom sales fell 4.2% and custom cabinet sales declined 19.9%, the KCMA reported. Year-to-date sales through the first seven months of 2010 were down 0.9% compared to the January-July period of 2009, the KCMA added (see related story, “Cabinet Demand, Led by Kitchens, Projected to Rebound Through 2014”).

Cabinet Demand, Led by Kitchens, Projected to Rebound Through 2014

CLEVELAND — U.S. demand for cabinets is forecast to increase 7.4% per year through 2014, to $15.2 billion, with advances spurred by a rebound in housing, according to a new study by The Freedonia Group, a Cleveland-based market research firm.

Although housing completions will remain below levels reached at their cyclical peak in 2006, the expected recovery will fuel gains in the residential cabinet market, Freedonia said, adding that the residential market will account for more than 90% of the approximately $4.5-billion increase in overall total cabinet demand through 2014 (see related chart, right).

Although the housing sector will boast the most rapid increases in cabinet demand through 2014, the remodeling niche will continue to account for the majority of residential demand, Freedonia said. Kitchen cabinets, which represented 80% of cabinet demand in 2009, are expected to lead advances through 2014, rising 7.8% per year.