Is Marketing/Selling to Millennials More Difficult Than Other Generations?

Many home improvement companies may not be well positioned to understand selling to millennials. Some researchers oversimplify by saying it’s “ABH not ABC.” Always Be Helping—not Always Be Closing. (Perceived as the hard sell.) This represents more than misunderstanding a generation—it relates to understanding what your customer is saying; moreover, what is meant by what is being said.

While most salespeople say they understand this concept, many have received unwise or outdated sales training and are not well prepared to deal with this generation of buyers of home improvement projects.

It seems marketing analysts, researchers, editors and owners of home improvement companies are researching, comparing and trying to understand the millennial generation. And why not? They are the largest group of homebuyers and are becoming the largest group of purchasers of home improvements. While the millennial has been called many names—such as lazy, indifferent, unmotivated, slackers, trendsetters, rebels and obstructionists—they have been categorized as difficult to sell to, impatient listeners and uncooperative buyers.

What is true is that, as each generation has its unique experiences and has challenged conventional thinking, the millennial generation has their own set of beliefs and perspectives (for which, they should be applauded) that have been shaped by technology, economic upheaval, the explosion of electronic entertainment and 14 years of war in the Middle East.

It has also been theorized  that the millennial buyer views salespeople in a positive light if they feel the salesperson is genuinely more interested in their needs than making the sale. The millennial buyer will quickly reject what they perceive as a “hard sell.” They are also more likely to value their experiences over issues being presented, and they are less brand loyal than previous generations. However, many of these traits are present in other defined age groups.

The good news is that salespeople can be trained to work more effectively with the millennial buyer as well as any other buyer by developing improved, modern sales skills. None of which impairs modern sales methodology using fair and profitable pricing and learning new ways to ask for an order.

The bad news is that the unwillingness for companies and salespeople to adapt and upgrade both selling and communication skills will cause more companies to fail than in any prior period of time. In addition, hiring millennials and mistraining them in outdated modes of selling will create unpleasant results and turnover. To be clear, the millennial salesperson will often reject forms of selling they perceive do not respond to the prospects’ true needs and values.

Consider an actual (recent) quality control call made to a prospect that did not place an order. The prospect said he was glad to receive the call (he had been thinking of calling to discuss his unpleasant sales experience). He said, when the salesperson arrived, he quickly asked the prospect about his other estimates and the companies that he had seen. Next, he was told that the products that he (the salesperson) offered were high quality, and that the homeowner would need to be thinking about pricing in the range of … and gave a ballpark price. The owner said he felt bad because he wasted the salesperson’s time. He said he knew within five minutes that he would not do business with that salesperson.

Clearly the salesperson did not start the sales call with an attitude or language that could be perceived as being “of service” or a priority to understand what the prospects needed for their home. The salesperson was not trying to understand the prospect’s values but trying to test him with a ballpark price prior to the establishment of rapport, trust, credibility or value—a major mistake for dealing with millennials, as well as other identifiable consumer groups.

We conclude that the salesperson attempted to make a sale quickly and easily by trying to qualify the prospect upon arrival.

The age or generation of this prospect is irrelevant to the outcome of the sales call. The faulty thinking and actions by the salesperson, predictably, lead to an undesirable result. It might be of interest, in this case, the notes in the CRM indicated the salesperson thought he had an excellent chance to follow up and make the sale (improper application of a selling system with faulty thinking).

So what is the answer for earning the business of the millennial buyer, or any other buyer for that matter? Success requires a modern selling methodology that puts the interests of the prospect first and then, according to Dave Yoho, “allows the sale to be the natural conclusion to a properly presented selling system.” This requires a well planned inspection and needs assessment, which implies putting the needs and interests of the prospect before those of the salesperson.

Once the salesperson has determined he and his company can be of help and that the homeowner has acknowledged their needs and want to do something at some point, now or in the future, the salesperson can discuss how the company has helped other people just like them with similar problems, concerns and goals.

Like the generations before them and those who will follow, millennials have certain patterns of behavior, distinct values and buying practices. Adaptation to these individual issues is key.

Despite the generations, habits and practices, millennials—like every other generation when contracting for a home improvement project—are buying a “big ticket” item. Be sure your sales methods are based on understanding your customers and presenting to their value system.

Preparation and dedication to the science of successful in-home selling will ensure a higher success rate and a more enjoyable career in selling home improvement services. |QR 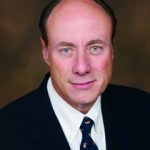 Joe Talmon is a senior account executive with Dave Yoho Associates. His background includes 26 years’ experience with “in-home” sales and sales management. He has developed programs for large- and small-size home improvement companies selling directly to homeowners. He is featured in the popular video training series: Super Sales Training supersalestraining.com. Talmon is considered the leading expert on the subject of successful/profitable shows and events. Contact him at [email protected]