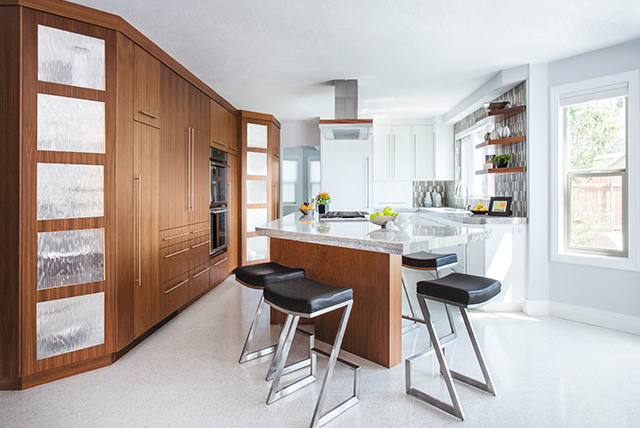 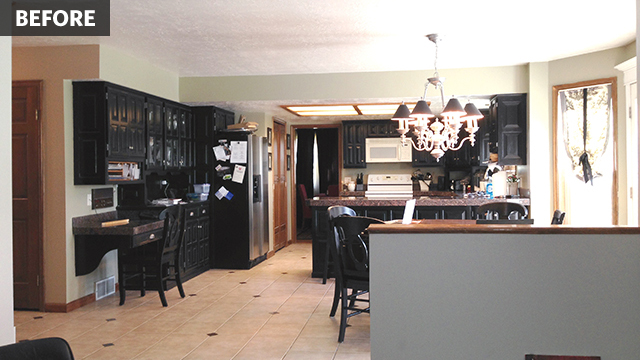 Kaye Christiansen Englert, FASID, NCIDQ, CAPS, of Salt Lake City, UT-based Design Plus, Inc., was tasked with updating a dark and dated 1993 Parade of Homes residence for a busy family of six. The kitchen originally featured a drop ceiling and an unfortunate fluorescent lightbox, creating a cramped, dismal atmosphere, while a half wall divided the kitchen dining area from the family room, creating a disjointed space.

In order to open up the kitchen and create a brighter atmosphere, Englert’s team removed the drop ceiling and relocated the plumbing from the upper level, keeping a small drop soffit along the exterior window wall for plumbing. The size of the kitchen window over the sink was increased in order to allow more natural light into the space, and recessed LED downlighting was installed in order to increase ambient lighting. The designer further maximized lighting by painting the ceiling a highly reflective shade of white and the walls light gray. Removing the half wall and creating a kitchen island with plenty of seating unified the two rooms and encourages family togetherness, and moving the cooktop to the island enables the cook to engage with the rest of the family. Both walnut and white cabinetry are showcased in the kitchen, complemented by a custom color continuous-pour terrazzo floor. 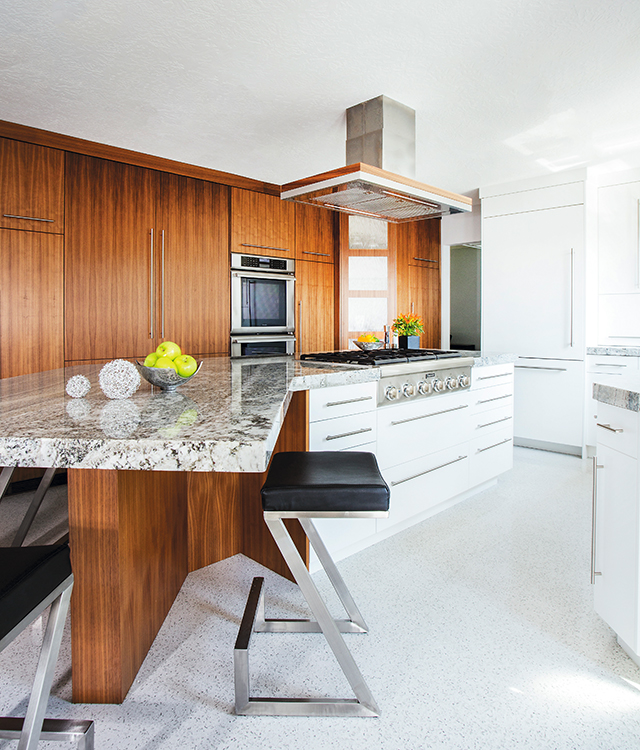 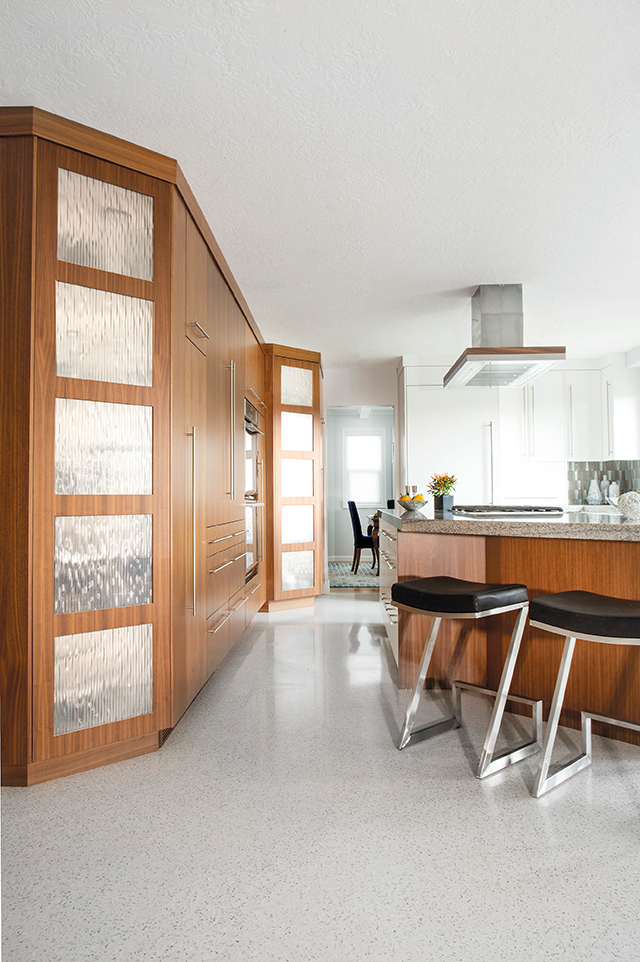 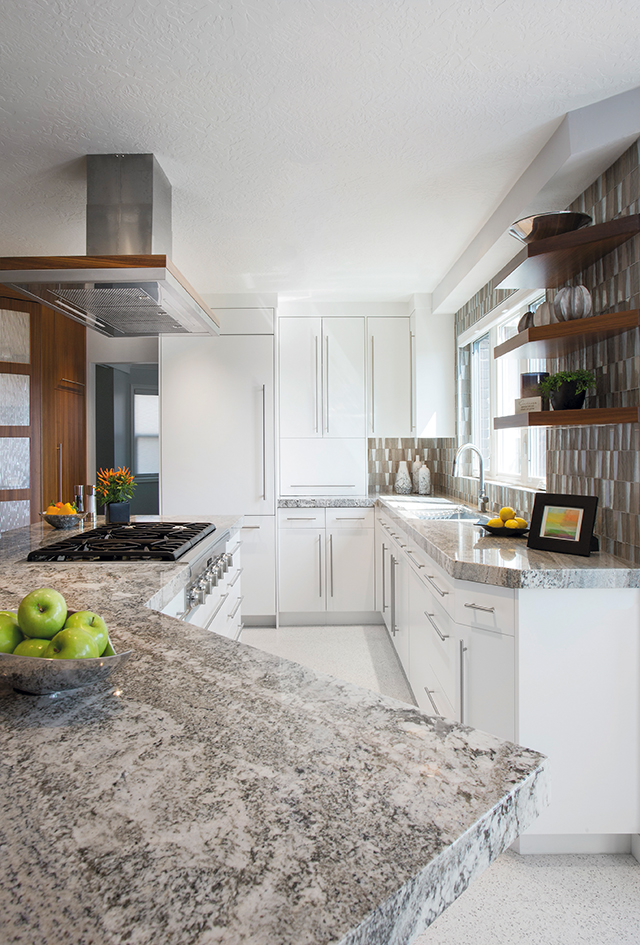