Learning the Fine Art of Persuasion 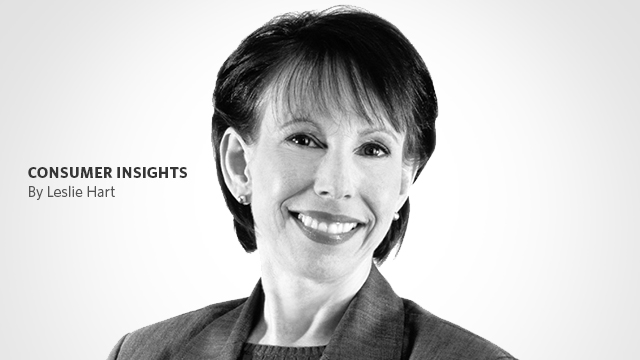 There is a science to persuading someone to say yes to a new kitchen or bath. A lot of science, actually.

For more than 35 years, Dr. Robert B. Cialdini has been researching the science of influence. A regents professor emeritus of psychology and marketing at Arizona State University, he is also president of Influence at Work, an international training and consulting company. His books Influence: The Psychology of Persuasion and Pre-Suasion: A Revolutionary Way to Influence and Persuade offer a goldmine of insights into how to become a skilled persuader.

Before looking at his findings, however, it’s important to note his warning that none of the techniques he shares should ever be used to push inferior or overpriced products. “When these tools are used unethically…any short-term gains will almost invariably be followed by long-term losses,” Dr. Cialdini cautions.

Another caveat: There is no guarantee the techniques he presents will work 100% of the time. However, they can certainly increase the likelihood that you’ll be successful.

So what are the magic messages that persuade? Actually, Dr. Cialdini says, persuasion begins in the important moment just prior to delivering any message. The staging of the message changes the way a person receives it. That’s because people’s minds seek to confirm a thought that has just been presented. If someone asks if you are unhappy with your job, your mind will begin to dwell on all of the unfavorable aspects of it, even if there are plenty of reasons why you actually like your job.

So set the stage by asking prospects if they’re unhappy with their current kitchen or bath. The question gets them thinking about all of the negative elements they want to change and primes them to receive your messages about a better kitchen or bath.

Another way to prime the pump is to channel people’s attention to a trait they desire to have. For example, you might suggest to a prospect that they have good taste, or a good sense of design or they are an accomplished cook. The prospect will then want to make decisions that are in keeping with these traits.

Two principles of influence, reciprocation and liking, should be employed early in the relationship with a prospect.

“One of the most potent of the weapons of influence…the rule of reciprocation says that we should try to repay, in kind, what another person has provided us. When we are given something, we feel a future obligation to that person,” Dr. Cialdini explains.

That’s why gifts work so well. So give someone a gift at the beginning of a relationship, not after the sale. Perhaps a book on kitchen design or bath design, a cookbook, cooking utensils, gourmet food, or bath toiletries. It can even be a self-published book of your designs or important tips for remodeling. Of course, it won’t obligate someone to buy from you. But it will leave the prospect feeling indebted to you in some way, and wanting to reciprocate. They may come back for a second meeting or presentation, or be more open to your proposal. If this sounds far-fetched, a university professor conducted a study in which he randomly sent Christmas cards to people he didn’t know. In return, he received an enormous amount of cards from these total strangers.

It’s well known that people buy from people they like. But what constitutes likability? It may seem unfair, but good looks top the list. However if you aren’t a George Clooney or Sandra Bullock lookalike, don’t despair. There are other ways of accomplishing likability. Research shows that we like people who are similar to us. In fact, we are actually more likely to help someone who is dressed like us. Look for ways to highlight anything you have in common with a prospect. Social media can tell you whether someone rescues dogs, runs marathons or kayaks. Follow a prospect and like them.

When visiting a home, looks for sports trophies, family photos or other indicators of interests. Leave a variety of magazines in an area of your showroom and see which ones they pick up: Golf? Cooking? Tennis? Fashion?

Studies show that people become fonder of the people and things they experience while eating together. Meet someone for lunch.

Familiarity drives liking as well. “Often we don’t realize that our attitude toward something has been influenced by the number of times we’ve been exposed to it in the past,” Dr. Cialdini notes. This makes the case for consistent advertising.

After setting the stage with reciprocity and likability, reduce uncertainty with the principles of authority and social proof.

“One means we use to determine what is correct is to find out what other people think is correct,” Dr. Cialdini writes in explaining the power of social proof. It works especially well when people are uncertain about making a big decision, and when they perceive others just like them have made similar choices.

Reassure prospects they are making good choices by showing them trend reports and surveys from associations, publications and websites. “According to XYZ, chrome is the most popular faucet finish now.”

Testimonials offer social proof, but remember that a lot of people are more impressive than just a few. You might point out, “Over the past five years we have designed and installed kitchens or baths for almost 300 hundred of your neighbors.”

When it comes to establishing authority, titles matter, so showcase your credentials. Underscoring the power of titles, a man was introduced to one group as a student, and to a second as a professor. The “professor” was perceived to be two and a half inches taller than the “student.”

Expensive clothing, accessories and cars convey authority, too. Studies show that when stopped at a green light, people don’t honk at prestige cars as readily as they do an economy car, even though when asked, people say they would be more likely to honk at a luxury car.

Another way to establish authority and truthfulness is to argue a bit against your case. Say something like, “That particular faucet I think is a bit overpriced. This other one is actually a little less, and we’ve had an excellent track record with it. I believe it’s a better value.”

The principle of perceptual contrast calls for first establishing a high price in the prospect’s mind. Then, by comparison, subsequent items feel less expensive. You might, for example, say jokingly as you present a plan, “Believe me, I’m not going to charge you $150,000 for this kitchen!” Then when you present the actual lower price of $80,000, the kitchen does not seem so expensive. Using the same principle, show customers the most expensive sink or faucet in your showroom first.

“This puts a greater value on what you are offering because it suggests that you trust your product so much, you would actually be willing to recommend it to your own family,” he explains.

Once someone has committed to you, they don’t want to change their mind, because people prefer consistency. Companies have found that having the customer fill out the paperwork for a sale increases their commitment. Can you have the prospect fill out some of the paperwork for their kitchen such as cabinet style, finish and so forth (with you double-checking everything, of course)?

Making a commitment public puts a lot of power behind it. Give clients a few extra perspectives of their kitchen or a few pictures of their new fixtures to share with family and friends. Once they have publicly shared their selections, they are more committed than ever to their decision.

Finally, you can use the principle of scarcity and potential loss to foster decision-making. “People seem to be more motivated by the thought of losing something than by the thought of gaining something of equal value,” the professor points out. “For instance homeowners told how much money they could lose from inadequate insulation are more likely to insulate their homes than those told how much money they could save.”

Point out how much money people stand to lose with an inefficient appliance, faucet or toilet.

The scarcer a product is, the more attractive. So, as long as it’s truthful, tell a prospect that the factory will be closed for vacation and cabinets will not be available for a while. Or the factory will soon be entering its busy season and shipments will be delayed. Perhaps your distributor is having a hard time getting a certain type of stone. Or the appliance sale is only good until the end of the month. Plant the seed of scarcity.

These are just some of the ways you can put the science of influence and the psychology of persuasion to work for you. ▪

Leslie Hart, a member of the National Kitchen & Bath Association Hall of Fame, is a widely recognized journalist and branding consultant specializing in the kitchen and bath industry. After a career in publishing with Kitchen & Bath Business and Meredith Publishing, she is now a principal in a New York-based marketing agency, and writes the “Consumer Insights” column for Kitchen & Bath Design News.

Earning Trust in a Skeptical World