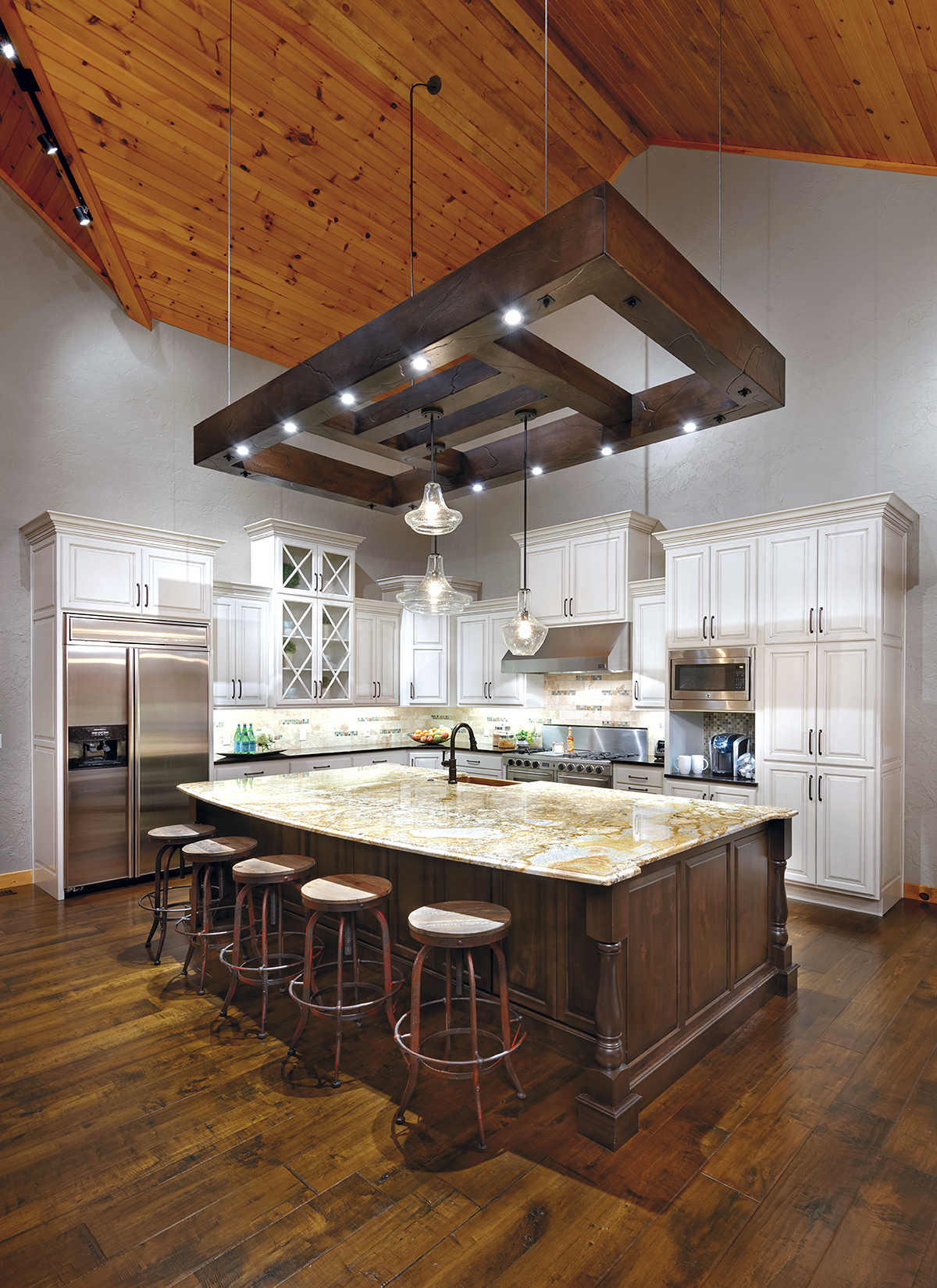 While this kitchen in Monett, MO, already had the basic bones of the open floor plan the owners desired, it was dated and overwhelmingly yellow in tone due to the combination of pine ceilings and golden oak cabinetry. Additionally, the high vaulted ceilings, which sported a 27′ peak, made the room difficult to properly light and created too much volume so that the cabinetry looked out of scale with the rest of the room.

The clients challenged Susie Edie and Jeremiah Lee of Ozark, MO-based Rock Solid Renovations to come up with an “ultimate kitchen plan.” The resulting objectives that Edie and Lee developed were: better lighting, a more efficient layout, a better definition of space within the open concept floor plan and added architectural interest. A limiting factor that the designers had to take into consideration was the pine-covered ceilings; as the pine carried over into the other areas adjacent to the open kitchen, it was necessary to keep the pine ceiling, pine walls, pine base and pine casing so that it would still coordinate with the other rooms. Edie and Lee created a more efficient layout by incorporating a new, large island, changing its placement to be closer to the other work areas. They were able to provide adequate lighting, better define the space and add architectural interest to the room with one solution: a custom designed light cloud. The light cloud was pre-wired with LED task lights on which three decorative glass pendants were hung. The cloud was placed above the bigger island, helping to anchor it and bring down the ceiling visually. In repurposing some of the original base cabinetry, Edie and Lee varied the height and depth of the uppers, which helped change the feel and scale of the room. Finally, by painting the perimeter cabinetry a light color and staining the island a dark color, Edie and Lee got rid of the “yellowness” created by the existing pine elements.