Market Setback Seen as Only Temporary 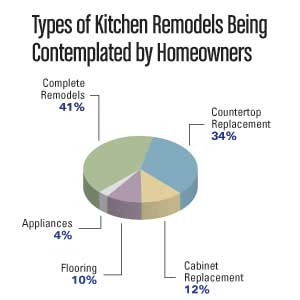 The nation’s housing market suffered a statistical setback based on the most recent available data, although most forecasts still point to a gradual, albeit up-and-down, recovery. Among the key statistics and forecasts released by government agencies, research firms and industry-related trade associations in recent weeks were the following:

HOUSING STARTS/NEW-HOME SALES
The recent drop-off in new-home sales demonstrates how effective the government’s now-expired home buyer tax-credit program was more so than it reflects major new cracks in the housing market, the National Association of Home Builders said last month. “Because many buyers moved quickly to take advantage of the tax credits, sales that would have taken place in May or June were likely pulled forward to meet the program’s deadline,” said NAHB Chief Economist David Crowe. “But once this ‘hangover’ subsides, we do believe that the improving economy, rising employment, excellent mortgage rates and stabilizing home values will be strong incentives that will encourage home buyers to return to the market.” Sales of new homes declined dramatically across every region of the U.S. in May. Nationwide housing starts and issuance of building permits also stalled in May.

EXISTING-HOME SALES
Pending sales of existing homes are expected to decline notably from their spring surge, but job growth and a manageable level of foreclosures are keys to sales and price performance during the second half of the year, the National Association of Realtors said last month. Existing-home sales remained “at elevated levels” due to buyer response to the now-expired home buyer tax credit, but were nevertheless down 2.2% in May, to a seasonally adjusted annual rate of 5.66 million units. May closings were 19.2% above the 4.75 million-unit level in May of 2009, the Washington, DC-based NAR said.

APPLIANCE SHIPMENTS
Domestic shipments of major home appliances reversed a lengthy pattern of monthly declines in May, posting a 6.1% increase as the appliance market continued to exhibit signs of recovery, according to the Association of Home Appliance Manufacturers. The Washington, DC-based AHAM reported last month that appliance shipments, at 27.1 million units, were up 2.5% through the first five months of 2010 compared to January-May of 2009. In a separate report, The NPD Group, a leading market research firm, reported that sales of major home appliances posted dollar and unit growth of 16% and 12%, respectively, from January to May 2010, compared to the same period last year.

CABINET & VANITY SALES
Sales of kitchen cabinets and bathroom vanities rose for the second consecutive month in May compared to the same month a year earlier, the Kitchen Cabinet Manufacturers Association said last month. According to the Reston, VA-based KCMA, manufacturers participating in the association’s monthly “Trend of Business” survey reported that overall cabinet sales gained 6.7% in May, compared to May of 2009. Sales of stock cabinets rose 10.6% while semi-custom sales gained 6.8% and custom cabinet sales declined 10.3%, the KCMA reported. Year-to-date sales through the first five months of 2010 were up 0.1% compared to the January-May period of 2009, the KCMA added.

Cambridge, MA — Despite some positive signs early in the 2010 spring buying season, housing continues to face “significant challenges” that are proving obstacles on the road to a quick and robust recovery, according to a report released last month by the Joint Center for Housing Studies of Harvard University.

According to the Joint Center’s annual report, The State of the Nation’s Housing, home sales and housing starts staged an “uneven comeback” starting in early 2009, while improved affordability for first-time homebuyers and “extraordinary government intervention” helped spark a turnaround and drove an increase in existing-home sales.

Despite this, however, “many factors are still weighing heavily on the market,” said Joint Center Director Nicolas Retsinas, noting that elevated vacancy rates, record foreclosures, the expiration of the homebuyer tax credit and continued high unemployment “are all causes for concern.”

On the plus side, extremely low mortgage interest rates and recovering labor markets should be enough to shore up sales and housing starts once the expected dip due to the expiration of the federal homebuyer tax credit passes, Joint Center officials said.

“If history is a guide, what happens with jobs will matter the most to the strength of the housing rebound,” observed Eric Belsky, executive director of the Joint Center. “Right now, economists expect the unemployment rate to stay high, but if employment growth surprises on the upside or downside, housing numbers could, too.”