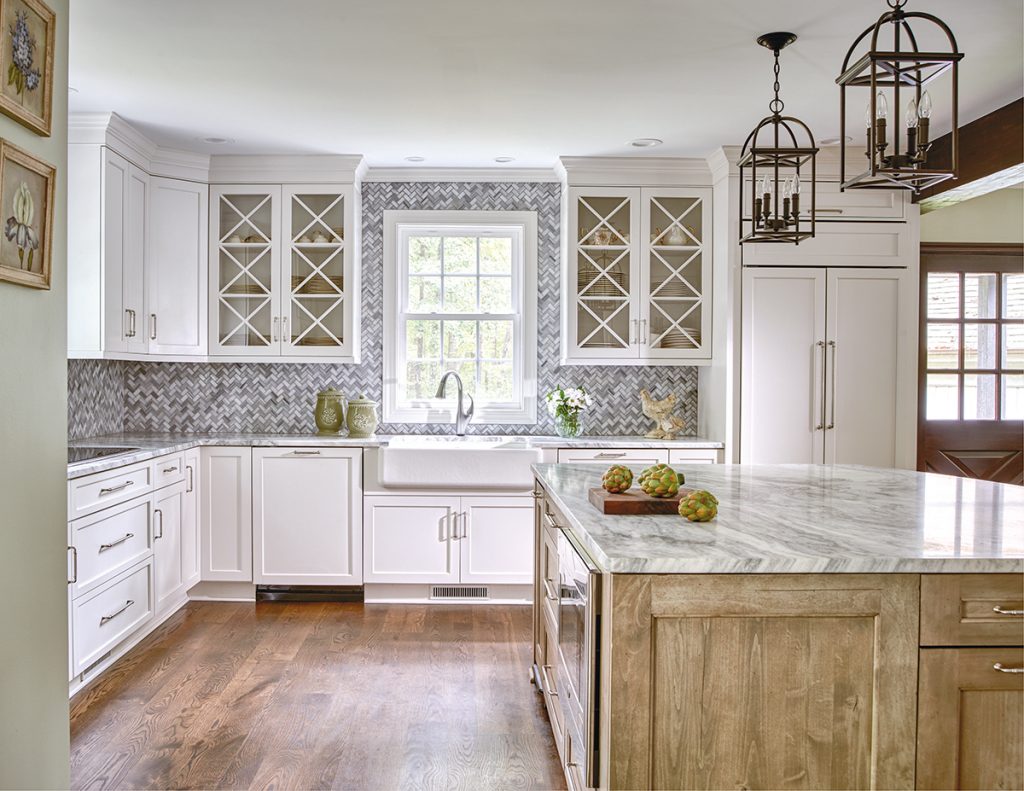 The Donna Sandra quartzite used to top the island and perimeter base cabinets serves as a unifying feature in this space.

“The center island, the hardwood flooring, the wall color…this quartzite was the perfect combination of all of the elements in the kitchen,” says Arledge. “It brought everything together. We had already mixed up materials and finishes with the rustic alder island and white painted cabinets, so we wanted some continuity of having the same countertop surface throughout. It also feels similar to the backsplash tile, which, along with the crisscross mullion doors, was an initial inspiration for the space.”

In addition, it helped reinforce the client’s wish for a farmhouse kitchen that pays homage to its existence. “This house is on a working horse farm,” she says. “It was important for us to maintain the charm of its early 1900s roots while pulling in the fact that it is a working farm. We also wanted to pull in nature, which surrounds the house, with the use of natural materials such as the quartzite.” 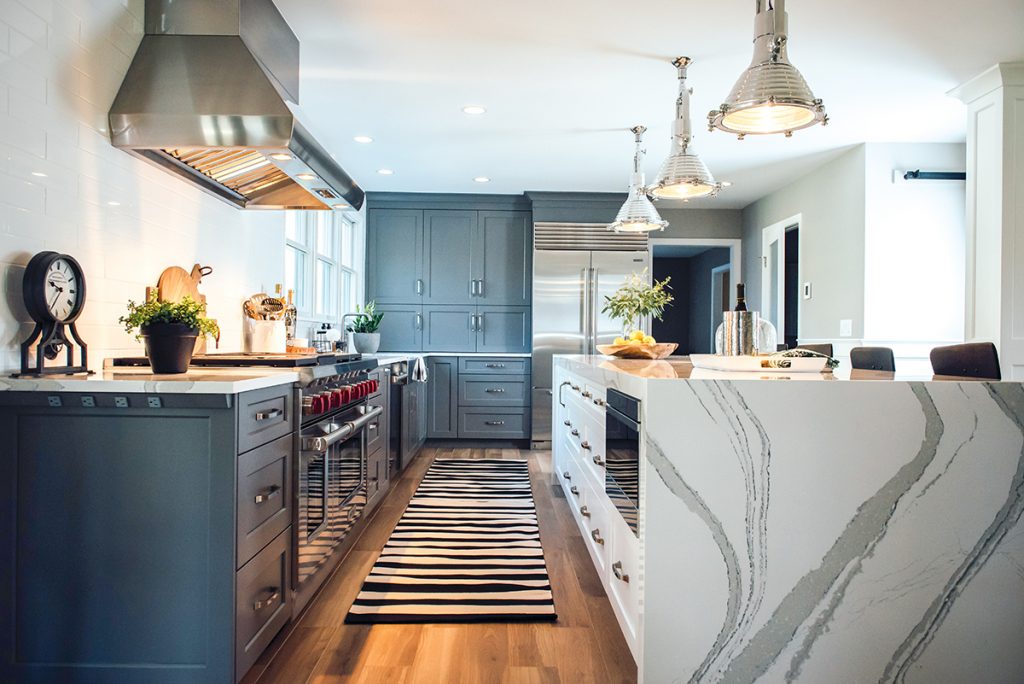 Although Hanson’s clients initially envisioned very dark granite countertops for their new kitchen, the designer and her collaborators recommended brightening up the space with Cambria’s Brittanicca quartz for the island and perimeter countertops.

“Our clients wanted a modern farmhouse design style with a clean, bright look in a kitchen that was highly functional,” says Hanson. “They also wanted a maintenance-free countertop material.” 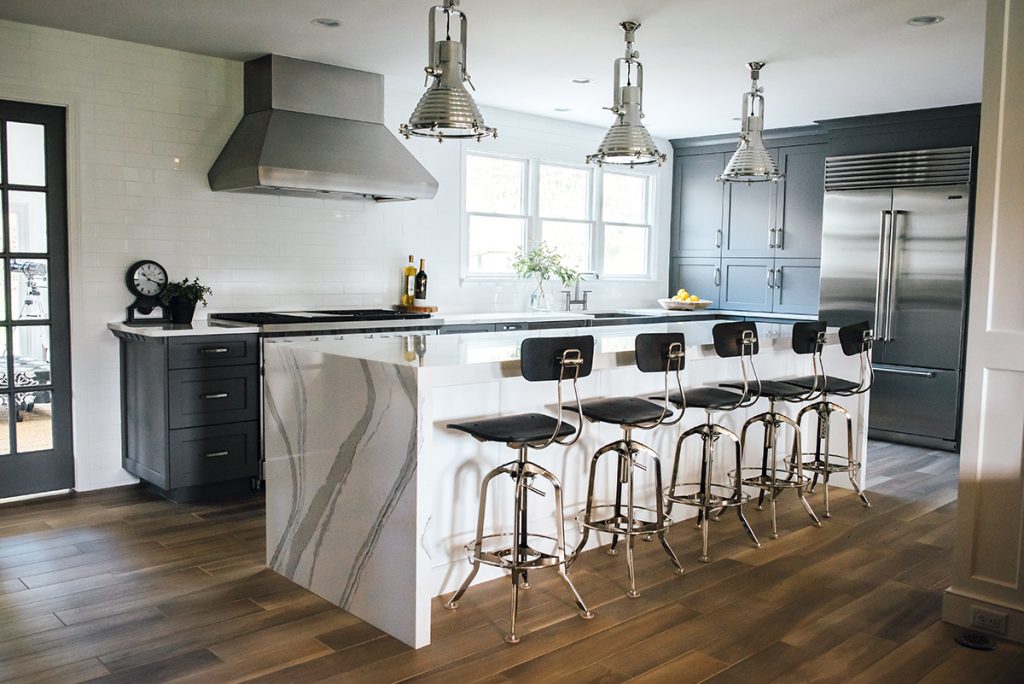 The quartz material fulfilled those requests, as well as offering other advantages to the space. “The gorgeous, large-scale veining adds great modern drama,” she notes, pointing out its resemblance to marble. “And, the subtle grays and bright white tie the cabinetry and countertop colors together beautifully.”

The designers opted for a chunky 2.5″-thick top with waterfall edges for the island and a standard-depth 1.5″-thick top for the perimeters.

“The decision to go from dark, standard-style countertops to the bright white quartz took the kitchen to a whole other level,” says Hanson. 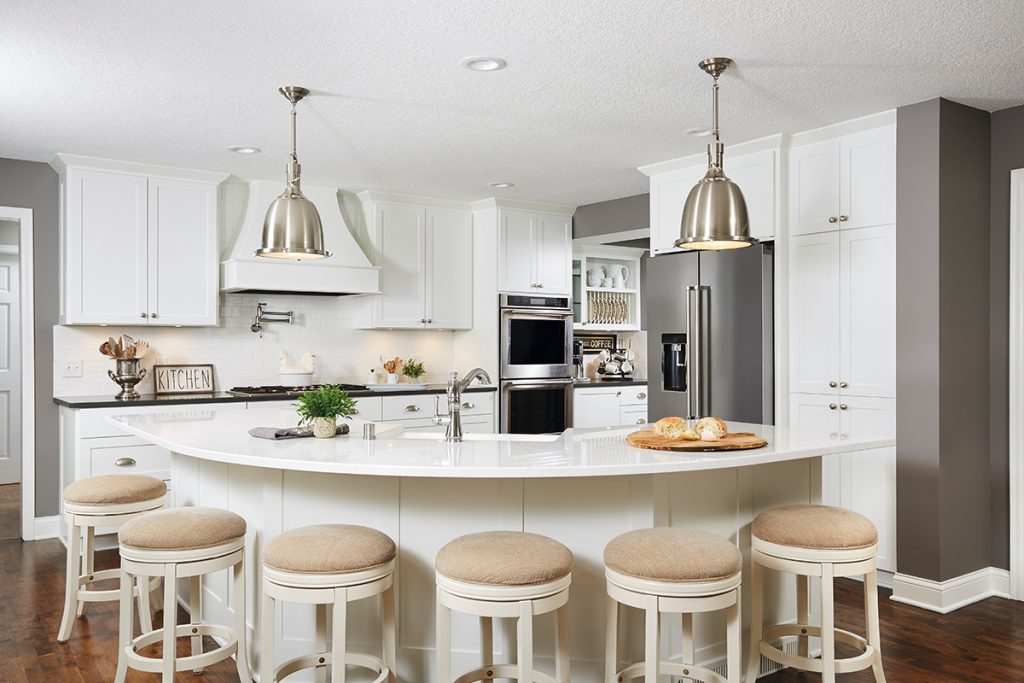 Bright and open with a modern country feel – those were the key directives given by Hemingson’s clients for the remodel of their kitchen. 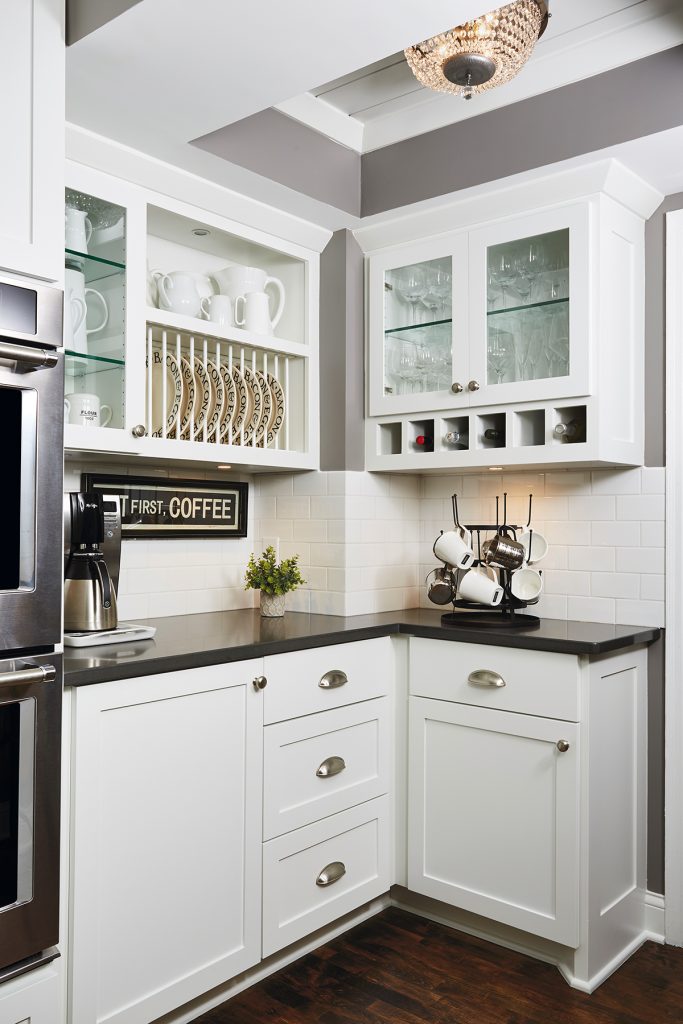 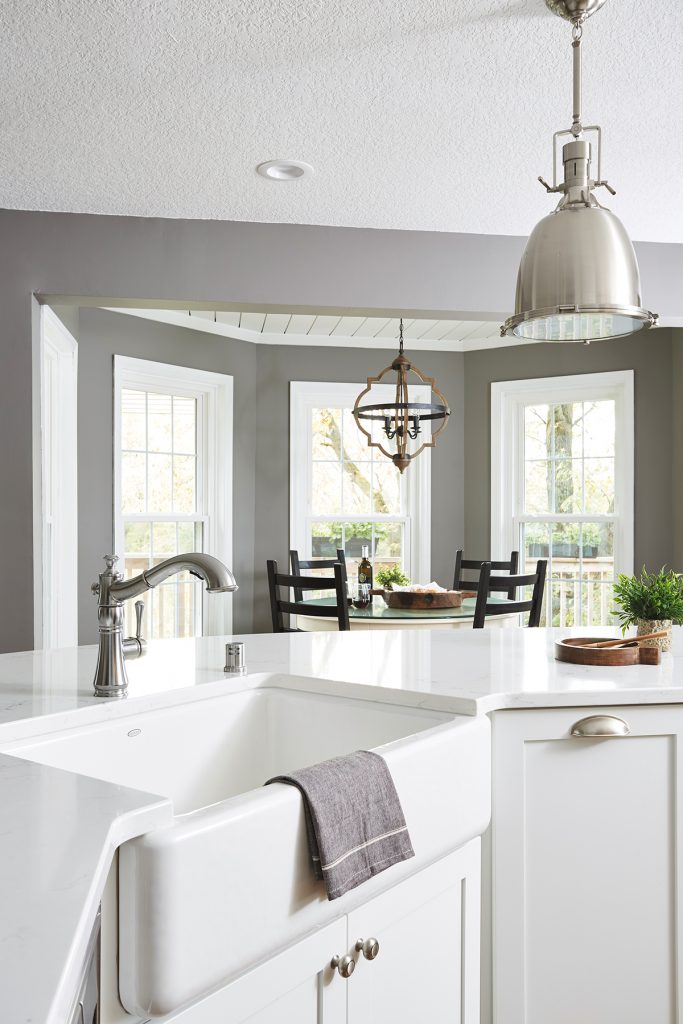 “They wanted to seat as many people as possible,” says Hemingson. “Curving it, as opposed to a straight line, also makes it easy for everyone to participate in conversation. It works well with the flow of the kitchen, too.”