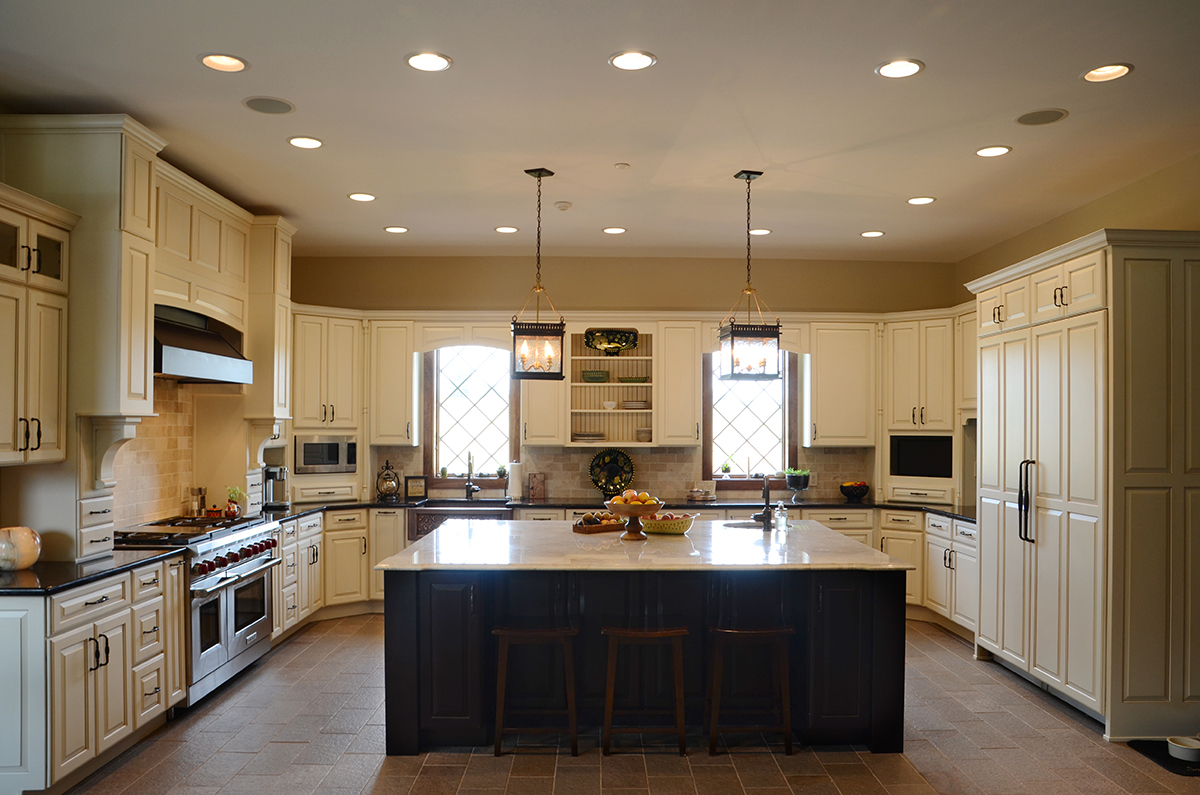 Mark Wishnow of Wish Kitchens and Baths in Hagerstown, MD took top honors in Medallion Cabinetry’s 2015 Kitchen Design of the Year awards with this design. The u-shaped kitchen features a large island in the center that is finished in a dark stain, directly opposite of the perimeter cabinets, which are a creamy tone with a dark counter. Bronze touches in the apron front sink, range hood, hardware and light fixtures provide a contrast to the expanse of light cabinets and add warmth and charm to the space.

Elkay & Medallion Cabinetry hosted the 2015 Kitchen Design of the Year competition, the company’s first-ever social media contest for designers to showcase their best work using Medallion Cabinetry. Held this fall, the company invited users of Facebook to vote on their favorite kitchens from among the Top 25 finalists. A Grand Prize winner and two runners-up were announced in November.
Mark Wishnow of Wish Kitchens and Baths in Hagerstown, MD was the Grand Prize winner. He received a $4,000 vacation package, a professional photo shoot of the submitted kitchen, an iPad and the official title of 2015 Medallion Kitchen Design of the Year. First runner up Brett Shaffer of MidSouth Building Supply in Richmond, VA and second runner up Rich Coulton of Lakeville Kitchen & Bath in Lindenhurst, NY each received a professional photo shoot of their submitted kitchens, as well as an iPad.