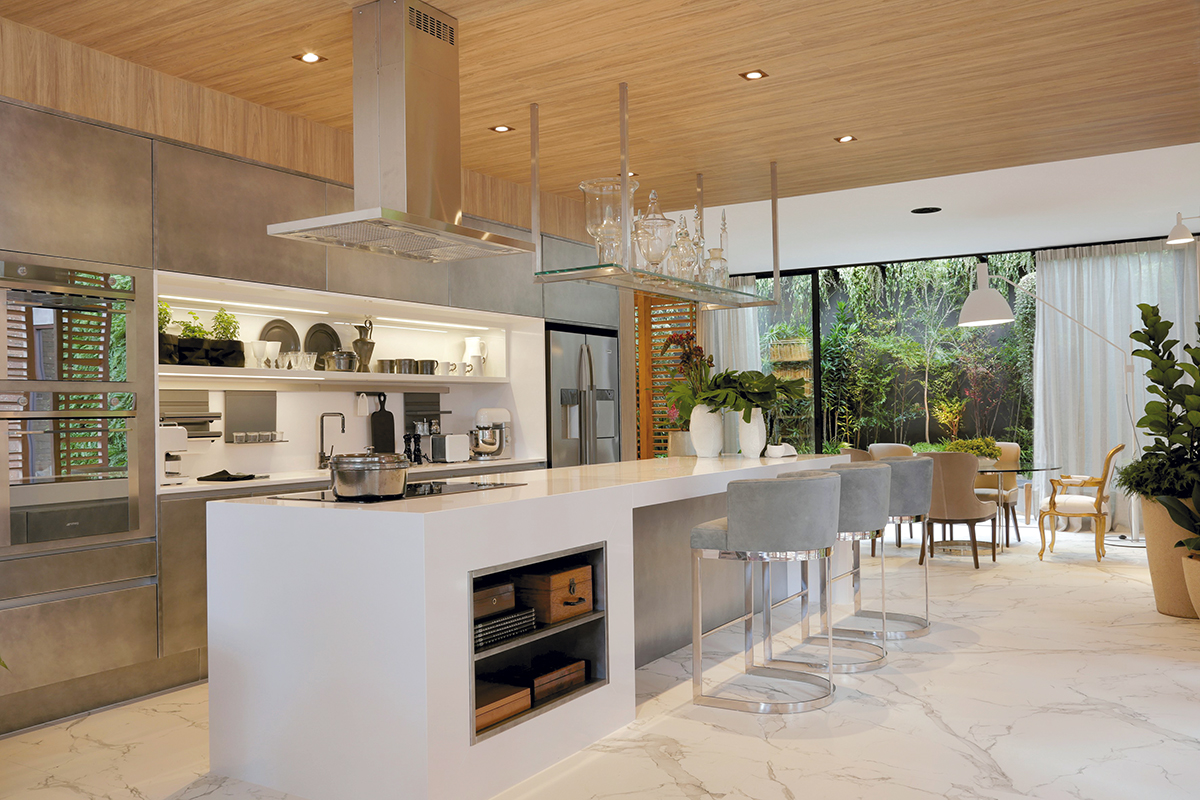 Today’s kitchens function as a multi-purpose hub where consumers prepare and eat meals, entertain, work, play and perform numerous other tasks, according to a new global kitchen study conducted by the Silestone Institute, the research arm of Cosentino Group. Photo: Courtesy of Cosentino

The kitchen may forever be the heart of the home, but a newly released study reveals that the space is evolving rapidly as an impactful, multi-functional hub, with advancements in technology, design and materials helping to foster wellness and sustainability.

All of this is underscored by the 2019 Global Kitchen Study, a major research initiative conducted by the Silestone Institute, the research arm of Cosentino Group. The study, whose results were released at a New York press event this fall, was based on findings derived from an international survey of kitchen design firms, as well as through insights from experts in the design, culinary, domestic technology, sociology, nutrition and sustainability fields. This year’s study – entitled Global Kitchen: The Kitchen, The Heart of the Home – is the second report of its kind issued by Cosentino, the Almeria, Spain-based supplier of architectural surfacing solutions, including Silestone, Dekton and Sensa by Cosentino.

According to the study’s findings, kitchens “act like a microcosm of the culture and social structure” of the societies that use them, evolving as a reflection of social, cultural and technological advances.

“Kitchens are a meeting point for families during meals, a space for monitoring our nutrition and health, a platform for actions that protect the environment, an area of gratification and personal learning when cooking [and] a space to work or play,” Cosentino said. “All of these uses, and many more, are what mark the evolution of the domestic kitchen.”

Key trends identified in the 2019 Global Kitchen Study include the evolution of the kitchen as a multi-functional and social space; the growing use of technology in the kitchen; an emphasis on healthier lifestyles and environment awareness, and kitchens evolving as a reflection of social changes, including gender equality and the expanding role of women in the workplace.

Among the study’s key conclusions were the following:

Technology is playing a growing role in the kitchen, according to the study, with consumers saying they use devices for everything from finding recipes and connecting with appliances via apps to getting information about recycling or reducing waste.
Photo: Courtesy of Cosentino