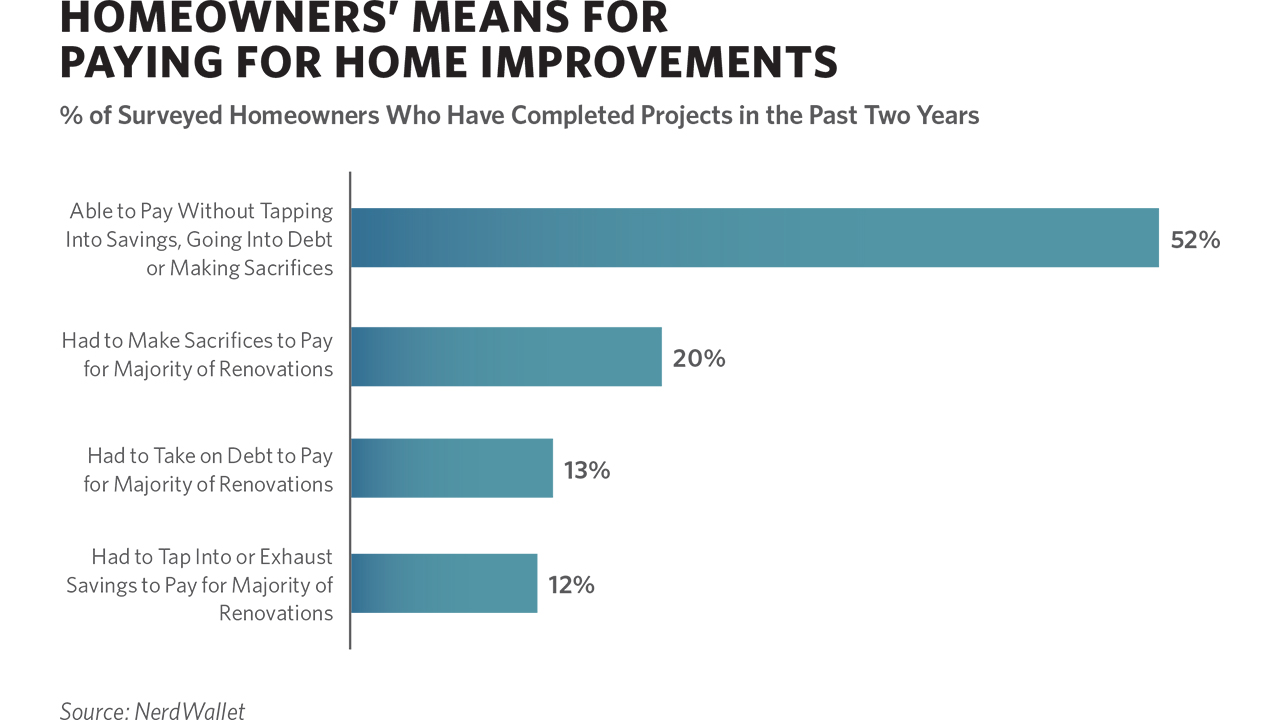 SACRAMENTO, CA — Consumers are generally bullish about the impact of home renovation, with nearly three-quarters of those surveyed reporting that spending on home-improvement projects – from unexpected repairs like leaky roofs to major upgrades like kitchen remodels – always increases the value of a home.

That’s among the key findings of a recent online survey of homeowners, conducted by The Harris Poll on behalf of NerdWallet, a Sacramento, CA-based online source for financial advice.

According to the survey, roughly half (52%) of the surveyed homeowners who’ve undertaken a home repair or improvement project in the past two years were “easily” able to pay for the bulk of the project. As for the others, sacrifices were made (20%), debt was taken on (13%) or savings (12%) were spent (see graph).

Among those requiring funding options, 56% of the surveyed homeowners said they’d be willing to borrow money – from home equity loans or lines of credit, home refinancing or borrowing from a lender, family member or retirement fund – to undertake a renovation project that they knew would increase the value of their home, the NerdWallet survey found.

Other findings revealed that many homeowners are: