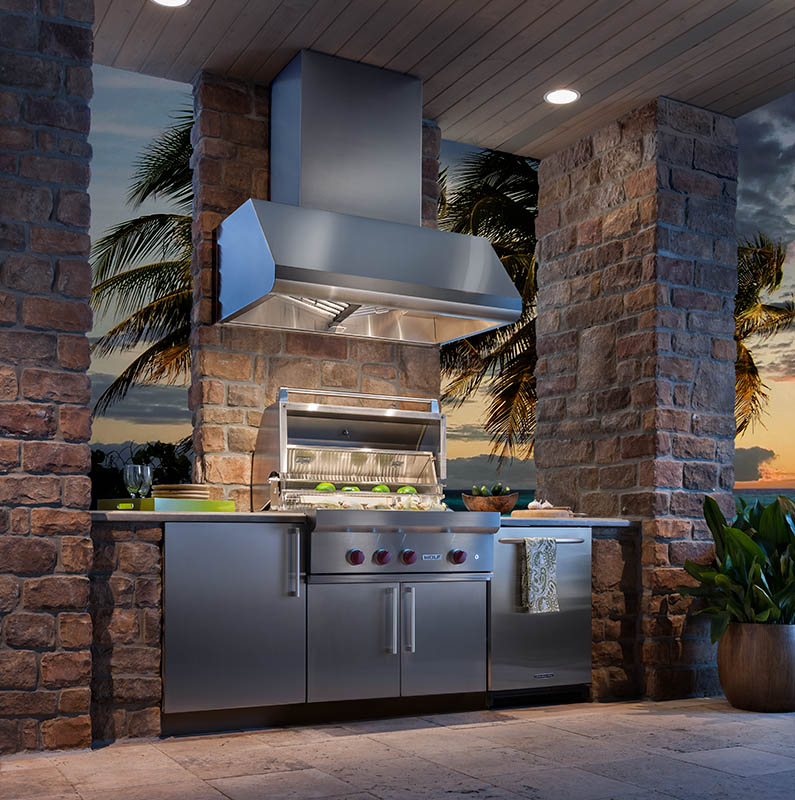 To keep up with the grease, smoke and odors created in the outdoor kitchen, Best has expanded its line of Monarch and Emperor series of outdoor range hoods to include 42”-wide models to complement 36” outdoor grills. The Emperor features a 30” depth, while the Monarch reaches 27”. Both have an optional 3” extender, providing superior capture for any application. The hoods are equipped with Heat Sentry, which detects excessive heat and adjusts speeds to high automatically.  Built with the outdoors in mind, the hood controls are designed to resist the effects of heat and moisture.