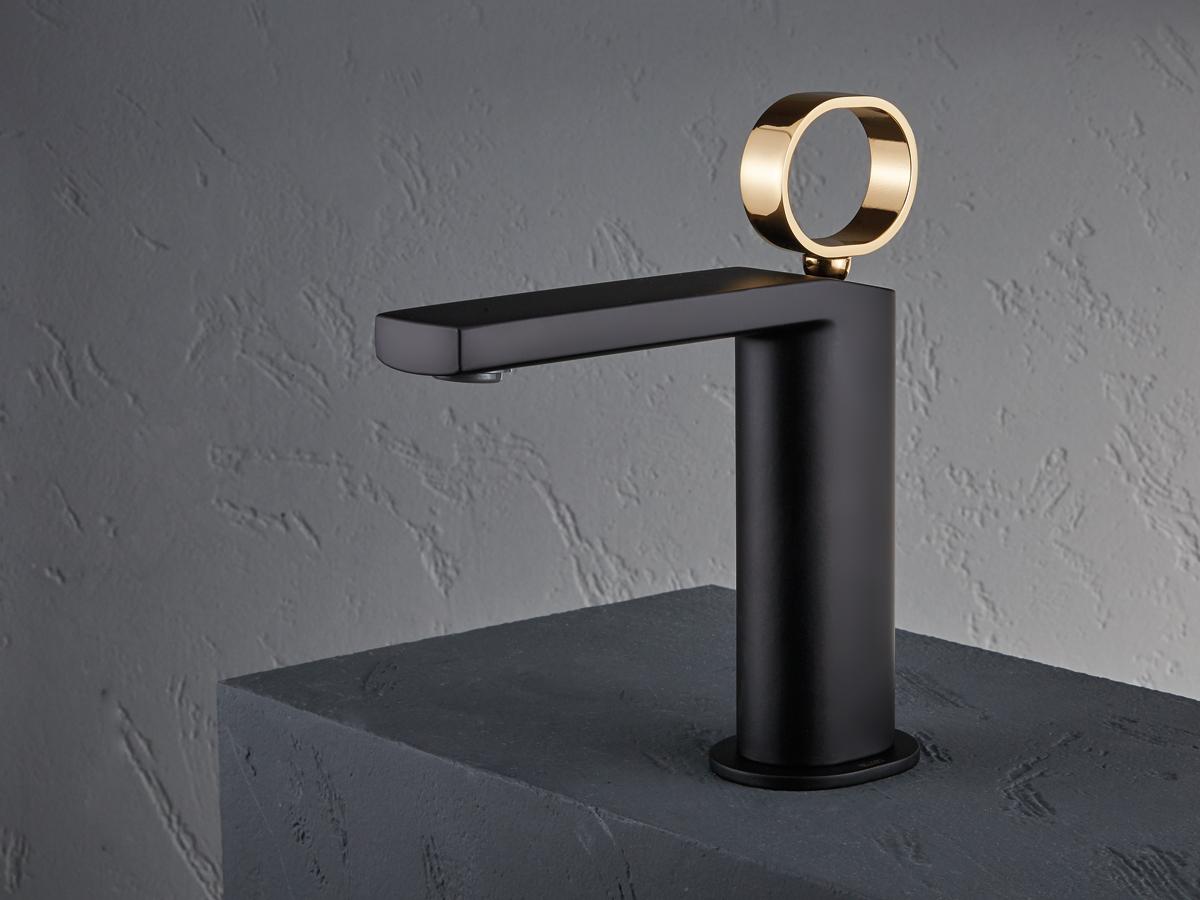 The UNO series, designed for Bellosta Rubinetterie by architects Franco Segre and Michele Rosa, is characterized by modern and clean lines. The name expresses the particularity of having only one body, and the opportunity of radically transforming the final result by changing only a single element. The ability to change the lever and its finish allows for customization of the faucet, changing the appearance for a minimal, conventional or alternative aesthetic.  The mixer, which has a body with an oval base and a flat spout with strong lines, was designed to be as neutral as possible to focus attention on the different levers. The Leva Minimal lever is a button whose shape follows in continuity with the mouth; the Leva Ring is an oval ring that recalls the section of the main body, and the Leva Diagonal provides a conventional look, with continuity between the cut of the body and the inclination of the lever. More than 40 different finishes allow for extensive customization.