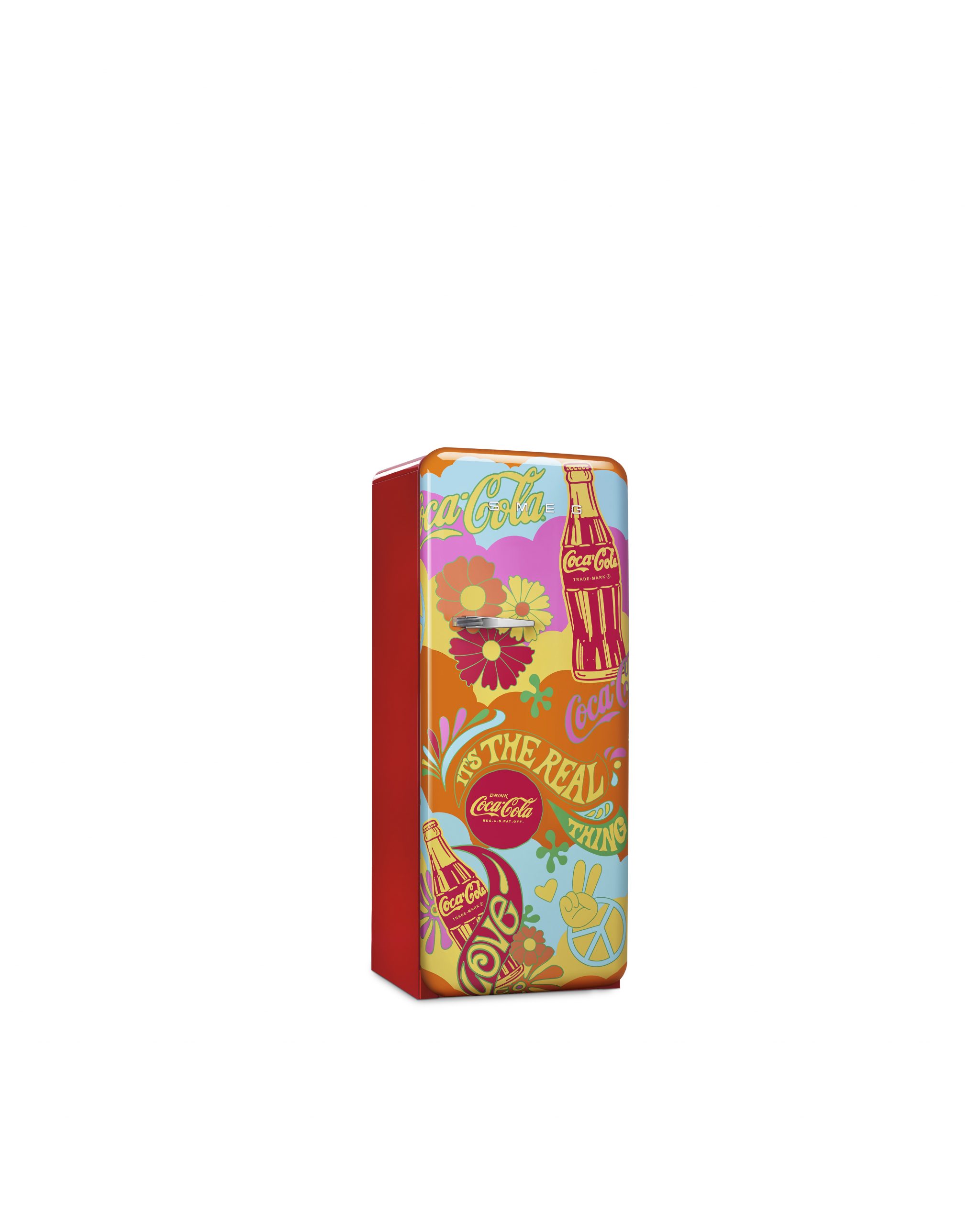 SMEG has collaborated with The Coca-Cola Company to celebrate the 50th anniversary of the beverage brand’s iconic Hilltop television commercial, which was filmed in SMEG’s founding country of Italy. In honor of its relevancy in popular culture since its release in 1971, SMEG has designed a one-of-a-kind, limited edition Unity refrigerator to reflect the themes of peace, community and harmony. Modeled after SMEG’s retro-inspired FAB28 Refrigerator, Unity features signature hues and imagery of the seventies.