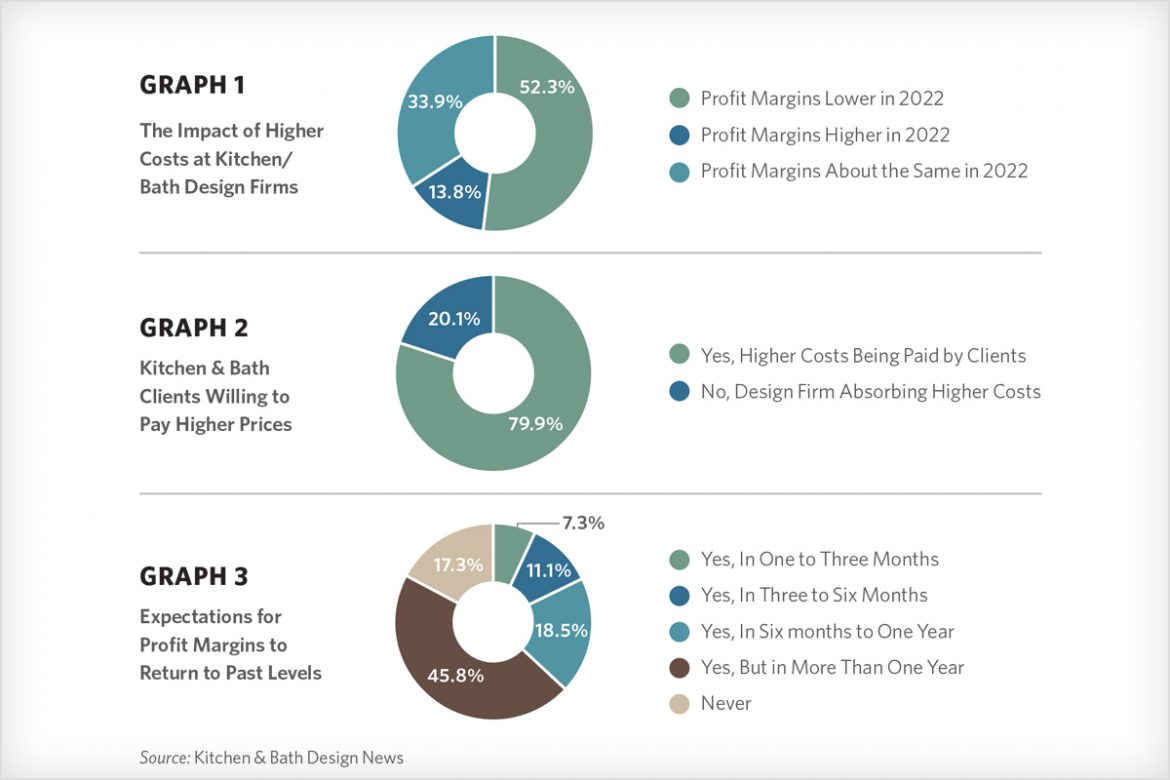 CHICAGO — Squeezed by rising product, materials and labor costs, profit margins at kitchen and bath design and remodeling firms are generally lower this year than in 2021, a survey by Kitchen & Bath Design News has revealed.

The primary reason for the margin decline is consistent among those businesses polled. Specifically, a whopping 95.4% of the surveyed kitchen/bath dealers, design firms and remodelers reported that their company is experiencing higher costs in 2022 – a trend resulting from inflationary pressures impacting the entire U.S. economy, including the new construction and residential remodeling markets (see related Barometers, Editorial).

While higher costs are impacting design firms on several fronts, increases in costs for products (such as cabinets, appliances, countertop materials, hardware and plumbing fixtures and fittings) are the most impactful, according to surveyed firms. Indeed, roughly 40% of those surveyed cite rising costs for products in 2022. By comparison, 31.7% point to rising costs for labor, while 28.7% report that costs for raw materials, such as lumber, are impacting their margins.

Reflecting continued robust demand in the market for remodeled kitchens and baths, nearly 80% of those surveyed say that their customers are willing to pay higher prices for their kitchen and bath projects, while the balance (20%) say that their company is absorbing the increased costs at the risk of losing sales, while making less of a profit per project (see Graph 2).

Surveyed design firms are also skeptical about how quickly profit margins will rebound to past levels, if at all. While roughly 7% said they expect margins to improve in the next three months, the majority (45.8%) feel that margin improvement should not be evident for at least another year, while 17.3% believe that margins will never return to what they were prior to 2022 (see Graph 3). ▪