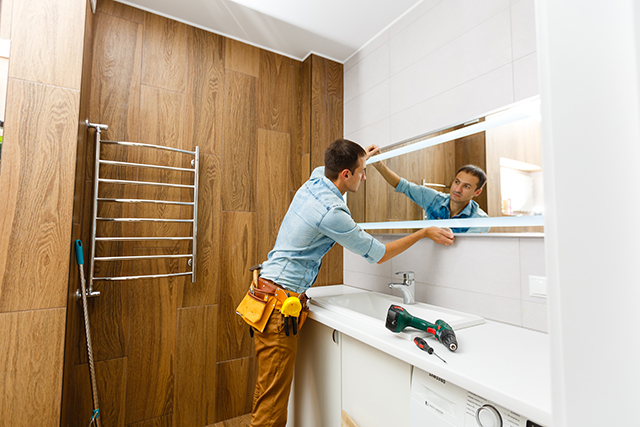 WASHINGTON, DC — Union-friendly legislation aimed at expanding workers’ rights to organize and collectively bargain could have a potentially deleterious impact on independent designers, installers and other self-employed contractors who serve the kitchen and bath industry, critics of the proposed law say.

The Protecting the Right to Organize Act, widely known as the PRO Act, recently passed the U.S. House of Representatives and is currently awaiting Senate action, while drawing sharply mixed reviews. If enacted, the proposed legislation would advance the labor movement’s major legislative priority: providing protections for workers attempting to organize and bargain collectively. President Biden supports the measure, but it is unlikely to advance in the Senate as an entity unto itself without either Republican support or through reconciliation, but has recently been included in the Biden administration’s proposed infrastructure bill.

The PRO Act, among other objectives, would revise the definition of “employee,” “supervisor” and “employer” to broaden the scope of individuals covered by fair labor standards. It would also significantly increase the power of labor unions, including their ability to collect dues, pursue class-action litigation and injunctive relief, protect workers’ rights, and wage strikes.

But the proposed legislation has spurred sharp debate among proponents and critics. Advocates claim the law would begin to level a playing field that they say is unfairly tilted toward big business and management, currently making union organizing drives and elections unreasonably difficult. However, business groups, including the U.S. Chamber of Commerce, have opposed the act, claiming it would undermine workers’ rights, lead to widespread uncertainty and litigation, ensnare employers in unrelated labor disputes, have major tax ramifications, and force workers to pay union dues regardless of their wishes.

The National Kitchen & Bath Association, which has a significant number of independent designers and allied professionals as members, declined comment on the proposed legislation, characterizing it, at the current time, as “nascent.”

A major point of contention, critics charge, is the fact that the PRO Act is closely tied to what is known as the “ABC Test,” a multi-phased determination of whether an individual holds the status of an employee or operates as an independent contractor.

“While aimed at forcing companies to reclassify gig workers as employees, the ABC test forced many other independent contractors out of work (and) it has the potential to do the same on a national basis if the PRO Act becomes part of federal law,” Gold says, noting that the law, if enacted, would force many businesspeople currently classified as independent contractors to be reclassified as employees.

“The PRO Act, as it currently exists, can have tremendous impacts on the kitchen and bath industry,” says Gold, citing, as one example, a requirement that kitchen and bath showrooms would have to hire all of its designers as employees, rather than contract with professionals on an as-needed basis, significantly raising their labor costs.

“You can surely see the massive disruption to our industry if this legislation passes as is,” Gold observes. “Any law that can’t distinguish between someone who drives food to customers and a designer who creates food storage spaces or food preserving appliances is a bad law,” she adds.