For the fifth consecutive year, designer Richard Anuszkiewicz is bringing a fresh take on cutting-edge design in kitchens, this time for Monogram Appliances.

A conceptual rendering of the Monogram booth designed by Richard T. Anuszkiewicz for KBIS 2020 in Las Vegas.

Designer Richard T. Anuszkiewicz has been on the move in recent years. You may have seen him at one of several Kitchen & Bath Design News regional seminars over the past 18 months offering the latest design trends for kitchens. Or maybe you’ve seen him speak at the Kitchen & Bath Industry Show (KBIS) and other local National Kitchen & Bath Association events. Last year he moved from Annapolis, MD to Nashville, TN where he is hard at work getting ready to open this spring Design Galleria Kitchen & Bath Studio. But that is apparently not enough to keep him from the rigors of designing his fifth consecutive design-concept booth at the 2020 KBIS coming up in Las Vegas Jan. 21-23.

After standout concepts for Perlick, American Standard DXV and Liebherr, he is busy creating a “show within a show” for Monogram. The booth, C5916, will feature four distinct spaces, each with their own themes, all with one goal: to challenge the status quo, says Anuszkiewicz.

“Everything that you’re seeing and feeling when you enter the booth embraces the wow factor,” he explains. “That’s what I try to evoke in any one of my designs where it’s really this feeling that you’re so overcome with positive emotions that you can’t necessarily articulate what you love so much about it. So it’s that full immersive experience. That was really important to me to bring to life in the booth this year.”

In the booth there is the French Bistro, which is a new-age demonstration kitchen. There is a Butler’s Pantry, which is designed to show how appliances and products can work well in auxiliary spaces. Then there are two full-blown kitchens: The Statement Kitchen and the Minimalist Kitchen. “They are really what I see as ‘concept cars’ or ‘concept vehicles.’ They’re intended to be extremely thought provoking, very progressive in their design execution. KBIS is the platform to do this, to challenge the expectations.”

Over the past two years, Anuszkiewicz and the brand team at Monogram have teamed up to develop a new brand standards and a new brand palette, so the initial challenge for the designer was how to avoid repetition and to pull in unexpected elements that would be unique to each space. The result is more natural wood grains as opposed to painted cabinets. There is a unique mix of glossy and textured finishes.

“We definitely see this resurgence of these whitewashed woods in combination with jewelry inspired decorative hardware that is all very distinct, that have a ton of personality,” Anuszkiewicz explains. “The idea of pulling in softer finishes in the kitchen is also a really big piece of it.”

Another big element found in both the Statement and Minimalist kitchens is the return of the kitchen table in two forms, married with cooking elements.

“This is a trend we defined for the KBDN seminars and that was on display at Eurocucina (the biennial kitchen design event held in Milan),” Anuszkiewicz explains. “So I’m showing that trend in two different ways. In the Statement Kitchen, that’s a little bit more of a traditional table that is integrated into an island with a banquette. And then in the Minimalist kitchen, I’m really excited to showcase a modified version of a Parson’s table. So, it’s a very progressive idea of cooking elements combined with eating. It’s really this fresh take on a Parson’s table and I’m really excited to tell the story of the return of the kitchen table.”

A Parson’s table has legs at each corner and is very open underneath.

Like all good designers, Anuszkiewicz tends to labor over the details of these projects. Over the years, he’s even developed a cadre of tradesmen who, each year help put in very long hours assembling all the parts. “This show made such an impact on me as a young person that I’ve really dreamed about one day having the opportunity to do these things, and to hopefully inspire other people,” he explains. So when asked what motivates him to continually take on these annual KBIS demonstration projects, beyond the understandable desire to get his ideas shown, he says that it stems from the impact of attending his first KBIS in 2008, when he was studying design as a sophomore in college. It was an inspirational moment, he notes, and one that he’d like other young people to have when they walk the aisles of KBIS 2020. “At that first KBIS I attended in Chicago, it was a very ‘aha’ moment in my career that solidified a lot of what I wanted to do in the long term. And I will always remember that,” Anuszkiewicz points out. “Yes, it’s a lot of weekends and late nights, but they keep getting well received and there’s nothing more really rewarding for me. It’s art for me and this is such a well-recognized platform to be able to showcase that art. And so I’m extremely grateful for the opportunity and I definitely don’t take it for granted and I get kind of a natural high from it.”

A conceptual rendering of the Monogram booth designed by Richard T. Anuszkiewicz for KBIS 2020 in Las Vegas. 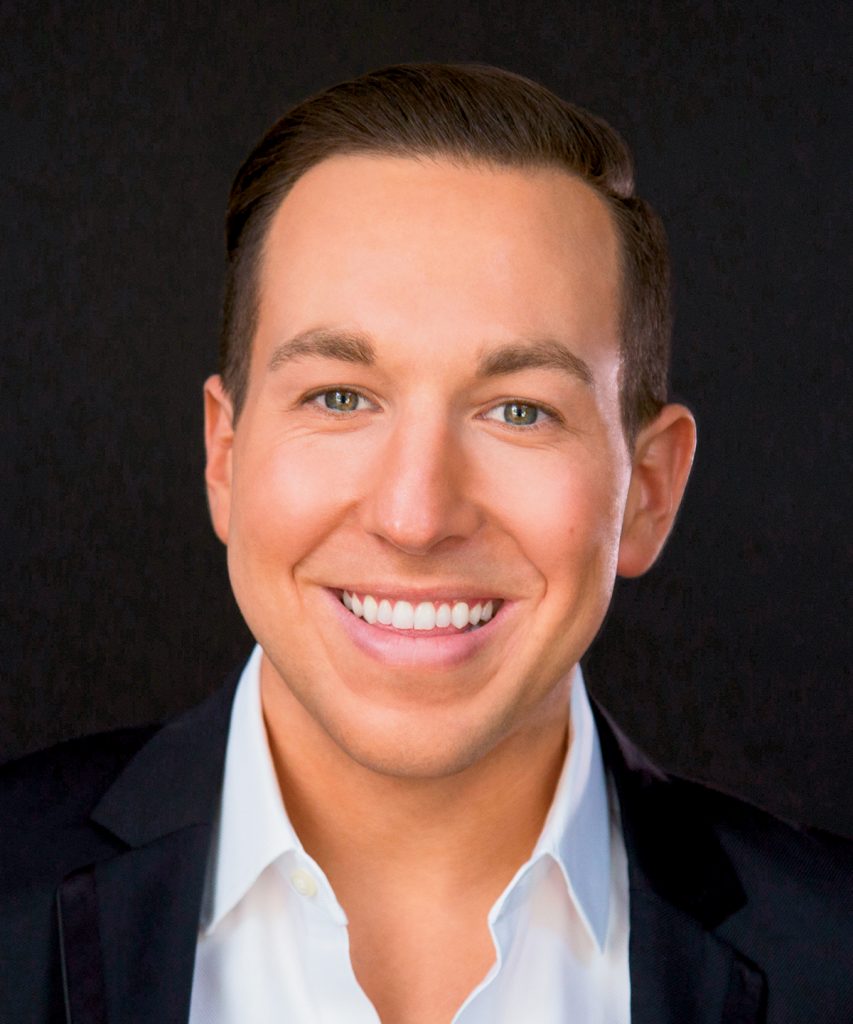