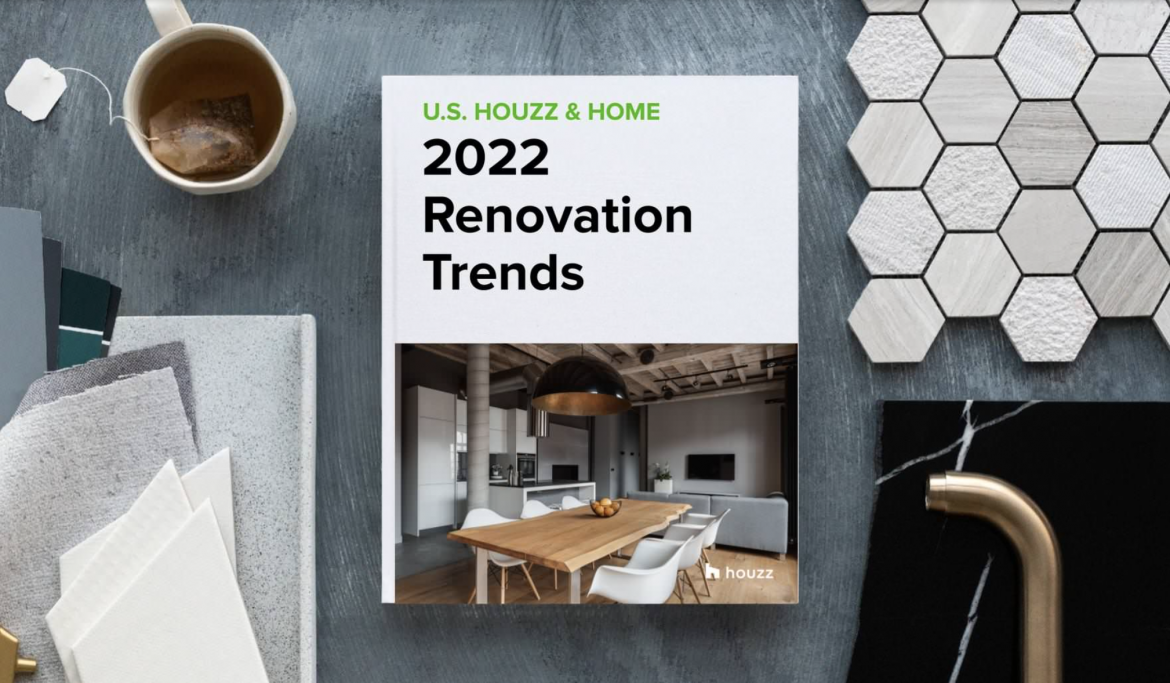 PALO ALTO, CA— The age of a home has a significant impact on the types of remodeling projects that homeowners prioritize, according to findings from a major research study conducted by Houzz, the Palo Alto, CA-based online source for remodeling and related projects.

According to the 2022 Houzz & Home Study, whose results were released last month, the company’s research reveals “common themes among renovating homeowners (that) provide guidance on the types of projects that may be anticipated based on the age of each home.”

“One of the driving factors for home renovation and design in the U.S. is our limited and aging housing stock,” said Marine Sargsyan, staff economist for Houzz, which analyzed the renovation activity of more than 70,000 respondents.

“With interest rates and mortgage rates on the rise, many homeowners are choosing to stay in their homes and pursue renovations that tailor their space to their current needs (while) others may move to fixer-uppers, which typically have a lower cost threshold for entering homeownership,” Sargsyan added.

Regardless of home age, more than 9 in 10 homeowners (89% minimum) turn to home professionals for help with their projects, Houzz said. Interior spaces are the most popular projects across home age, and nearly three-quarters of owners (73%) of homes built between 1961 and 1980 prioritize these rooms. Following national activity trends, kitchens (29%) and bathrooms (28%) are the most commonly renovated spaces, followed by living or family rooms (23%) and bedrooms (19%), the company noted.

With newer homes, owners focus on luxury-type projects, such as home automation (22%) and security (21%), as there is less need for maintenance on systems such as plumbing, cooling and electrical (14%), Houzz said, adding that homeowners in this category are most likely to pursue outdoor projects compared with owners of older homes.

Among outdoor upgrades, the top projects for these homeowners include lighting (25%), security (19%) and irrigation (17%), Houzz added.