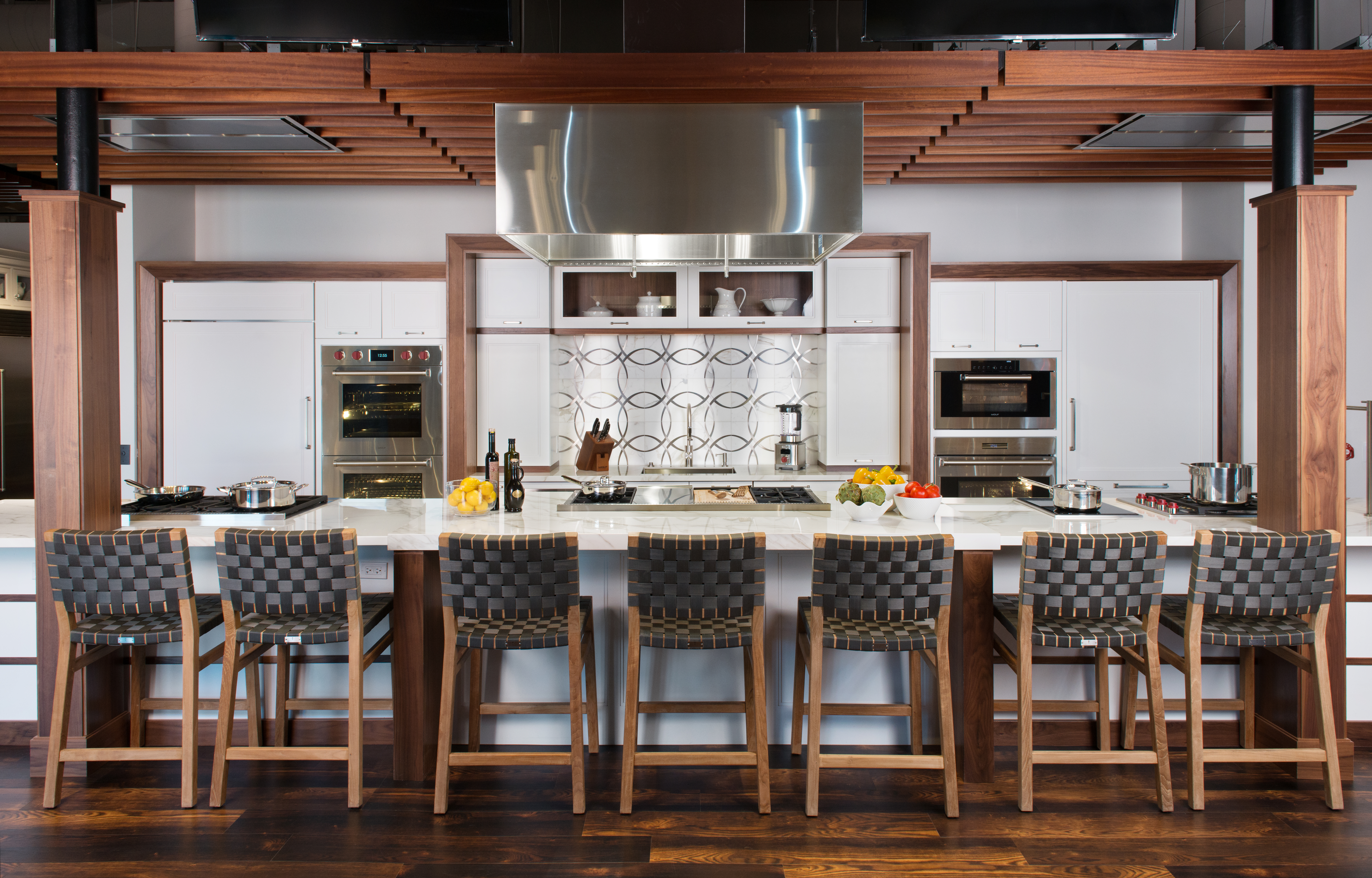 When Clarke, New England’s Official Sub-Zero & Wolf Showroom and Test Kitchen, opened its first urban showroom, the company knew it needed both a great location and a design that would wow visitors.

As such, Clarke purchased a historic Boston Seaport building, strategically located just two blocks from the Boston Design Center, and, in conjunction with this team, transformed it into a showroom that would be a true “design destination.” The showroom, known as 7 Tide, also boasts synergistic design companies as tenants, adding to the space’s appeal.

The goal, according to Sean Clarke, was to create Clarke’s most innovative and technology-driven magnet for architects, designers and homeowners to explore, taste and design extraordinary kitchens, featuring Sub-Zero, Wolf and Asko appliances, along with Best ventilation, Waterstone faucets and Dawn sinks, among other offerings.

While nothing would actually be sold in the showroom, it needed to provide powerful inspiration, with appliances that visitors could cook on, an impressive demonstration “theater” setting and a relaxing atmosphere.

One of the biggest challenges was the size of the location; smaller than the previous Clarke showrooms, the space had to maximize every corner yet still offer a full-scale luxury experience.

High ceilings reveal original massive Douglas Fir beams and floor-to-ceiling glass doors make the space feel much bigger than the square footage. The space opens onto a patio with an outdoor fireplace and open-air kitchen, adding an expansive feeling during three seasons.

The Demonstration Kitchen seats more than 12 guests at the counter, with overhead cameras allowing guests at nearby tables to follow the action. A wine grotto features a glass-topped island with Sub-Zero Wine storage and a Wolf Coffee System shown off in hand-crafted cabinetry.

The Clarke Media Lounge, a feature not found in other Clarke showrooms, allows architects and designers to project their plans and renderings on a 16’x9′ video screen, turning their laptops into full-scale presentations.

This tool offers a singular opportunity for design professionals to immerse clients in a relaxed, inspiring environment in which they can make key decisions, according to Clarke.