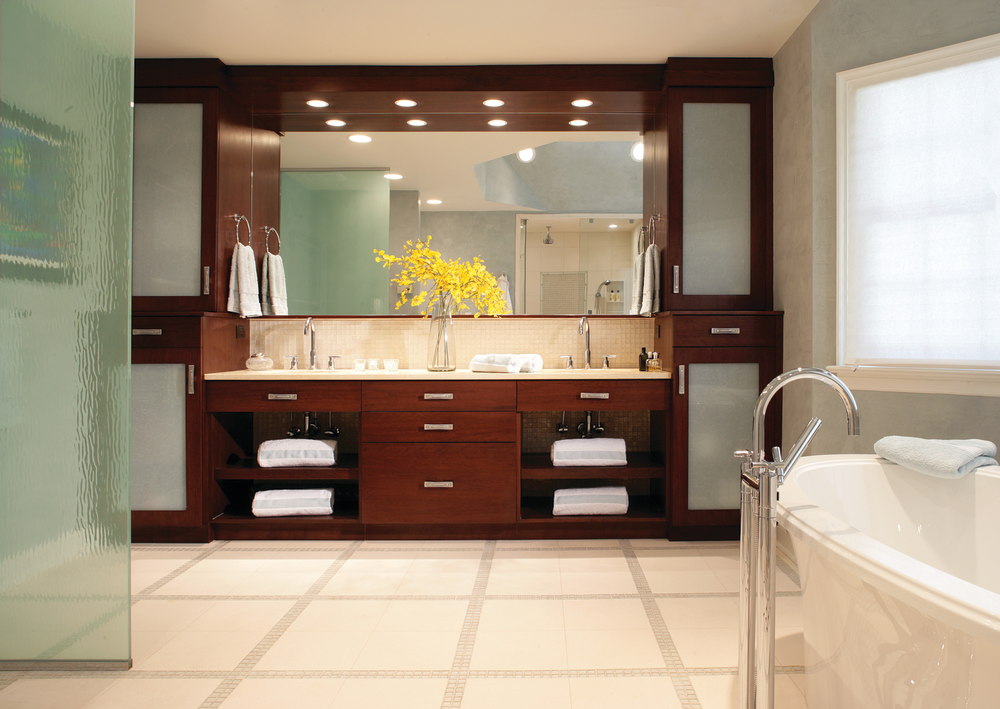 “There’s nothing we can do about an act of God,” says Sharon L. Sherman, CKD, certified interior designer and president of New Jersey ASID. “We can’t control the weather.”

Fortunately Sherman’s business – Thyme & Place Design, LLC – and home in Wyckoff, NJ, were spared the devastation that so many others up and down the coast experienced. However, having lost power for nine days, she wasn’t untouched either.

Sherman had already invested in a generator due to previous outages. After the storm, it powered the essentials of her home, which she and her husband shared with a couple of area families.

“We had heat, and we could keep the refrigerator going and cook on the stove,” she says. “And we had firewood so we had heat.”

Her smartphone kept some lines of communication open. But even hot spots couldn’t save internet service. To keep her generator going, she spent more than a few hours in those long gas lines that made national news.

While a power loss was relatively minor in comparison to challenges many along the coast are still feeling, Sherman says it was difficult to conduct business during such an extensive disaster. “Jobs were in progress,” she says. “Suppliers who aren’t in this area were still contacting me about projects and orders that were in the queue.

“It’s more than not being able to walk into the kitchen and flip on a light, or heat up a cup of coffee in the microwave,” she continues. “It became part of a much, much larger picture. We couldn’t get building materials because there was no way to ship them in and out. Ports were closed. There was no power. It really ground everything to a huge, huge halt.”

In the months since, Sherman has mostly caught up, although she says residents on the island and those on the beach still have a ways to go. And she indicates there are lingering effects for her as well. “We had cabinets in a warehouse, waiting to go into a project,” she says. “When I went to inventory them, there were yards and yards of cabinets that were totally destroyed… hundreds of thousands of dollars in loss to the warehouse and the companies that had materials stored in that warehouse. I was very lucky my products were only slightly damaged, but I’m still waiting for the insurance money. I’ve had to reorder those parts and pieces, and I’ve put out money again to have them installed, but I still haven’t seen the money recouped to my business.”

She indicates that same scenario is what many people are facing in the rebuilding process. “If you have the finances to do a remodel or repair without waiting for insurance money, you’re lucky,” she says. “But some of the toughest problems people are facing are trying to replicate their homes.”

Such is the case for one of Sherman’s clients who finished a bath remodeling project just six years ago. “It was totally destroyed by the storm,” she says.

When jobs are evaluated, they’re not evaluated on what it costs to rebuild them today, she notes. “They’re looking at the value based on age,” she says. “That’s a bit of a complication, and is tough when the cost of materials, etc. has increased.”

Given all the hurdles, Sherman still feels lucky. “Things are replaceable,” she says. “New Orleans came back, and we’ll come back.”

Sherman has also seen acts of human kindness firsthand. “People really came together,” she says. “ASID chapters across the country called and asked if we needed help. That really shows the resiliency of the human spirit… people pitching in to help one another.”

Sherman’s company also did a bit of pitching in themselves. At their holiday party they collected donations for the Hurricane Sandy New Jersey Relief Fund. They also gathered toys for Toys for Tots, food for the community pantry and clothing for a local charity designed to help women get back into the work force.

Through it all, Sherman focused on maintaining what she says has made her successful: offering unparalled design excellence with outstanding personalized service. “In the era of very large companies and online retailers, I think the personal touch is being lost,” she says. “But I think it will gain in popularity again. Spaces in one’s home are very hard to create when you’re not in the environment.”

Technology may help overcome some challenges, she notes. “Virtual design is taking a foothold in the design world,” she says, adding she has clients in Florida, Connecticut and Pennsylvania as well as those closer to home and in New York City and Manhattan. “I think in the next five years it will make a much larger impact.”

Sherman references websites such as Houzz, which she encourages her clients to utilize, as helping connect people to each other. “Being able to work electronically is really, really important,” she says. “But I also think as people isolate themselves and our world gets smaller, our desire for human contact becomes more important. Relationships are still really important, and I think they’ll become more important in the not-to-distant future.”