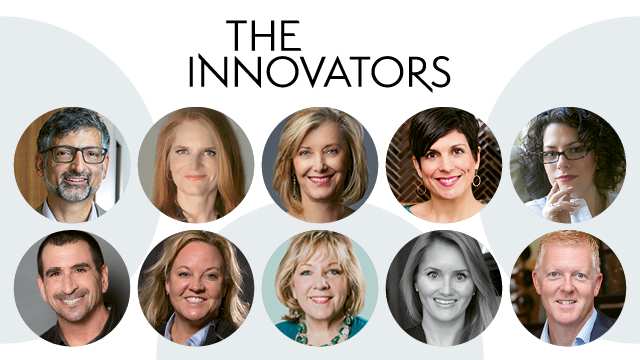 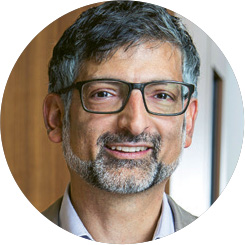 Designer strives for connection and possibilities in kitchen design

A thought and design leader in the field of kitchen and bath design, Matthew Rao, CKD promotes a deeply held belief that the kitchen is a nexus for creating meaning and connection. Rao, owner and principal of RAO Design Studio in Atlanta, GA, has garnered a devoted local and national community of clients, staff and artisans who support and admire his work.

Educated at the Georgia Tech College of Architecture as an industrial designer, Rao has impacted the course of design not just in kitchens but in architecture and lifestyle. His design legacy is fueled by architecture, artistic, social and ecocentric passions for farm to school food initiatives, kitchens for low-income housing, urban design and cities, art, cooking, photography, travel and downhill skiing.

The award-winning and multi-published designer has been associated with the SieMatic brand since 1990, and worked for the manufacturer at its ADAC showroom in Atlanta until 2002. The subsequent, year-long break led to a rethinking of his career path, and resulted in the launch of RAO Design Studio in 2003.

From the very beginning, the vision for the business has been that it be a place where a small group of clients can find creativity, function, expert advice and service with regard to kitchen design. Striving to be in tune with the lives of his clients, Rao’s mission is to fill the gap between “what is” and “what could be” with his design and the projects he undertakes. 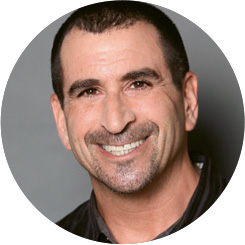 In fact, Reif, a design associate at Allied Kitchen & Bath, in Fort Lauderdale, FL, is widely known for treating clients and business associates like family. He’s equally well known for his penchant for personalized service, his attention to detail, his coaching skills and his commitment to knowing clients on an intimate level, which enables him to address their tastes, needs, lifestyles and goals.

Highly respected throughout the South Florida community, he was a grass roots supporter of the local NKBA chapter and has served several times as chapter president. 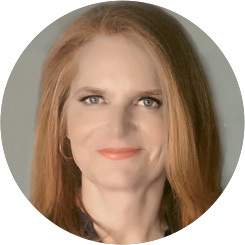 As a 20+ year veteran real estate developer restoring landmark properties and small luxury residential projects, Sarah Robertson understands the importance of being organized. Perhaps that’s why this kitchen design maven has made the mastery of storage such an integral part of her design success. After founding Studio Dearborn in 2006, she put her diverse background to work, focusing on the functional details while blending them seamlessly into the aesthetics of the kitchens she designs. Sarah believes that beautiful, well-designed custom storage and organization really defines luxury in today’s kitchens.

Her attention to detail continues to win her industry-wide acclaim – the six-time Best of Houzz winner was also the 2019 NKBA Overall Kitchen design winner, and has garnered multiple awards in Kitchen & Bath Design News’ KBDA awards, Cottages & Gardens IDAs and the Westchester Home Design Awards. Having worked on many historic homes, Robertson enjoys the challenge of mixing old, new and eclectic elements to create a unique expression of who her clients are and what they love.

Of course, an important characteristic of an innovator is being involved in the industry and giving back to the community, and Robertson is dedicated to making a positive difference in her fellow colleagues’ lives and in her industry. 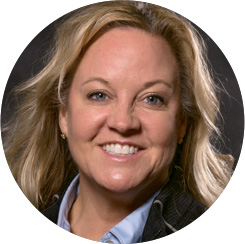 Michelle Robins, a third-generation business owner, took over her family’s window and door business in 2002 and, over a period of several years, transformed it into a premier kitchen and bath design firm in Eastern Michigan.

Robins began the transformation process by establishing herself as a leading kitchen and bath designer and project manager in her community. Her designs stand out as unique, cutting edge and one-of-a-kind. She has a flair for finish and functionality that is sophisticated and original.

Ultimately, she switched the name of her Linden, MI-based business from Linden Sash & Door to Linden Kitchen & Bath to better reflect its new focus and mission. Today, some 17 years later, the firm is a well-respected and growing business that is not only admired by consumers and other members of the business community, but also by her peers in the kitchen and bath industry.

Currently, Linden Kitchen & Bath employs two full-time sales staff, an installer as well as two assistants. While the firm’s top line revenue has grown consistently, so too has the company’s profits. Today, Robins is a leading business owner in her community and is fast on her way to becoming a design and business leader in the national kitchen and bath industry. 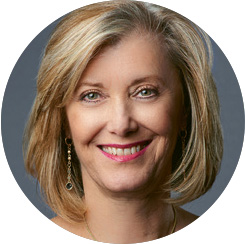 Truly great design is not just beautiful, but also supportive and nurturing, enhancing the lives of all who inhabit the space. Julie Schuster lives by this creed, creating environments designed to promote safety, accessibility and wellness.

While Schuster is well known for being a leader in the wellness design arena, she also takes pride in her commitment to sustainability, and is recognized as a Responsible Renovator by Renovation Angel.

But her industry involvement doesn’t end there; she is a Brand Ambassador for Robern, and in 2014 she helped establish the Interior Design Society’s (IDS) New York City Chapter, spearheading the group’s formation as the chapter’s President. Schuster is also active with the NKBA as a board member, and with the International Feng Shui Guild, and she authors the popular JSDS blog, as well as writes for various industry magazines, including Designers Today.

Always looking for opportunities to give back, she participates in a wide range of charity fundraisers, including DIFFA Picnic By Design, Housing Work Design on A Dime, Lenox Hill Neighborhood House, IDS Impacts for Make A Wish and Bailey House Charity. 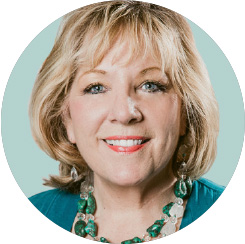 Helene Terry has forged a nearly four-decade professional legacy marked by award-
winning projects, as well as service to both the design trade and the Dallas community.

As principal of Helene’s Luxury Kitchens in Dallas, Terry’s award-winning designs have included a 48,000-sq.-ft. French Chateau, an 18,000-sq-ft. premium appliance showroom and hundreds of residences over 38 years as a designer.

Terry has been a regional winner of the Sub-Zero-Wolf Design contest in 2006, 2008 and 2016; a national winner of the ASKO design contest in 2008, and Designer’s Choice first place award winner 2016, 2017, 2018 for “Best Cabinetry/Cabinet Materials” by ASID Texas Dallas Design Community. She has also collaborated with interior designers whose projects have captured awards with ASID Dallas Design Ovation and ASID Texas Chapter Legacy of Design. Her projects have been published in This Old House, LUXE, Texas Home and Living and Great American Kitchens magazines, among others.

Her dedication to the design trade and the community is reflected in her roles as Current Industry Partner Chair with ASID Texas, a past board member of ASID Dallas Design Community, past president and board chairman of the Dallas Executives Association and former member of the Kitchen Advisory Committee at The Art Institute of Dallas. She also volunteers at Exodus Ministries, as well as Reunion Church in downtown Dallas. 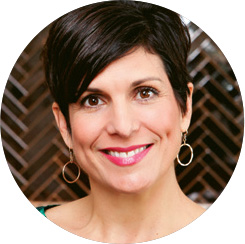 A premier kitchen and bath designer with Design Galleria Kitchen and Bath Studio since 1999, Mary Kathryn Timoney is an award-winning designer who is equally committed to sharing her expertise.

A member of the NKBA with a Bachelor of Arts in Interior Design, she is an active member of the design community, having been a Featured Host on HGTV Kitchen and Bath, as well as a guest for numerous national video and print interviews. Her work has been featured in Better Homes and Gardens, Kitchen Trends, Beautiful Homes, Veranda, Beautiful Kitchens & Baths and various other design publications, and she has participated in many Junior League of Atlanta Tour of Kitchens events, with her designs and collaborations having been showcased in over a dozen Atlanta Symphony Associates’ and Christmas Decorators Show Houses.

The 20-year industry veteran is a strong believer in sharing her knowledge, and she does this through a wide array of speaking events, seminars and tours, as well as through working with her team to stay abreast of the newest trends, products and advances in technology. She has been an innovator her entire career as she finds new and unique ways to implement change and maintain aesthetics. 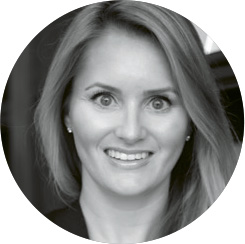 Curated rooms are a hallmark of Michigan designer

Career inspiration came early in life for Lauren Tolles. The founder of Birmingham, MI-based Maison Birmingham’s foray into design began as a child, following her mother around the San Francisco Design Center as she searched for treasures for her home.

These experiences led Tolles to pursue design as a career, earning both a master’s degree in architecture and NCIDQ certification as an interior designer. With Maison Birmingham, the custom design-build studio she opened in 2016, Tolles employs both skill sets. She believes that understanding the design and character of the whole home makes her a better kitchen and bath designer.

During her three years of operation, Tolles has been awarded the prestigious “Rising Star” Award by Detroit Home Magazine, and won over two dozen design awards. Some of those awards are for her own 6,500-sq.-ft. home, which she designed and built while launching her showroom.

She is known for creating truly unique kitchens, which she describes as “curated,” as they are typically a mix of multiple styles, various materials and metals. Creative storage is a passion of hers, and she recently developed a vertically sliding stone hidden backsplash. 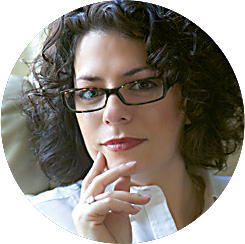 Merri Interiors began during a rather inauspicious time – the market crash of 2008 had left the economy in a complete shambles, and Meredith Weiss herself was experiencing a time of personal turmoil and tribulation.

Amidst all this, however, Weiss managed to start up her business from scratch, building her own website, gathering photographs of projects and developing a business model that worked for her.

Fast forward almost 10 years, and Merri Interiors has since become a highly successful and in-demand kitchen-only design firm that’s gained a reputation for quality in the eastern Long Island area, with 20 kitchen projects in process at any given time and a waiting line proverbially out the door.

With 15 years of experience in the design industry, Weiss has built her business on the word-of-mouth referrals of happy customers. She functions as a guide for her clients, using her knowledge to coordinate complicated projects and reduce the inherent stress of the remodeling process. And more than just prospective clients are taking notice of her empathetic approach to her work – she has garnered recognition from eight publications and been a recipient of several prestigious honors, including the CoTY Awards. Additionally, her work has been recognized with Houzz’s 25k and Best of Houzz awards. 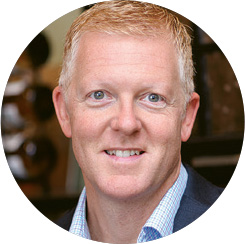 There are many ways to lead. For Matthew White, general manager of the Neil Kelly Co. Eugene and Bend, OR operations, leadership isn’t just about the 30 people he manages, or the award-winning projects he designs. Rather, it permeates everything he does, from organizing a half marathon to raise funds for Habitat for Haiti and providing numerous hours toward building a home for Eugene’s Veterans’ Housing Project to serving on the local NKBA Membership Committee and offering focused sales training at his firm’s four locations.

He was named General Manager of Eugene operations in 2008 and was named to the additional GM position in Bend in 2018.

Part of the firm’s senior Leadership Team, he mentors new employees, providing the insight and leadership that comes from not only being an award-winning designer, but also a respected manager.

Passionate about technology, White is dedicated to continuous education, and was among the first at his firm to work toward utilizing new technology and increasing quality and efficiency through its use.