Trends from the Architectural Digest Show 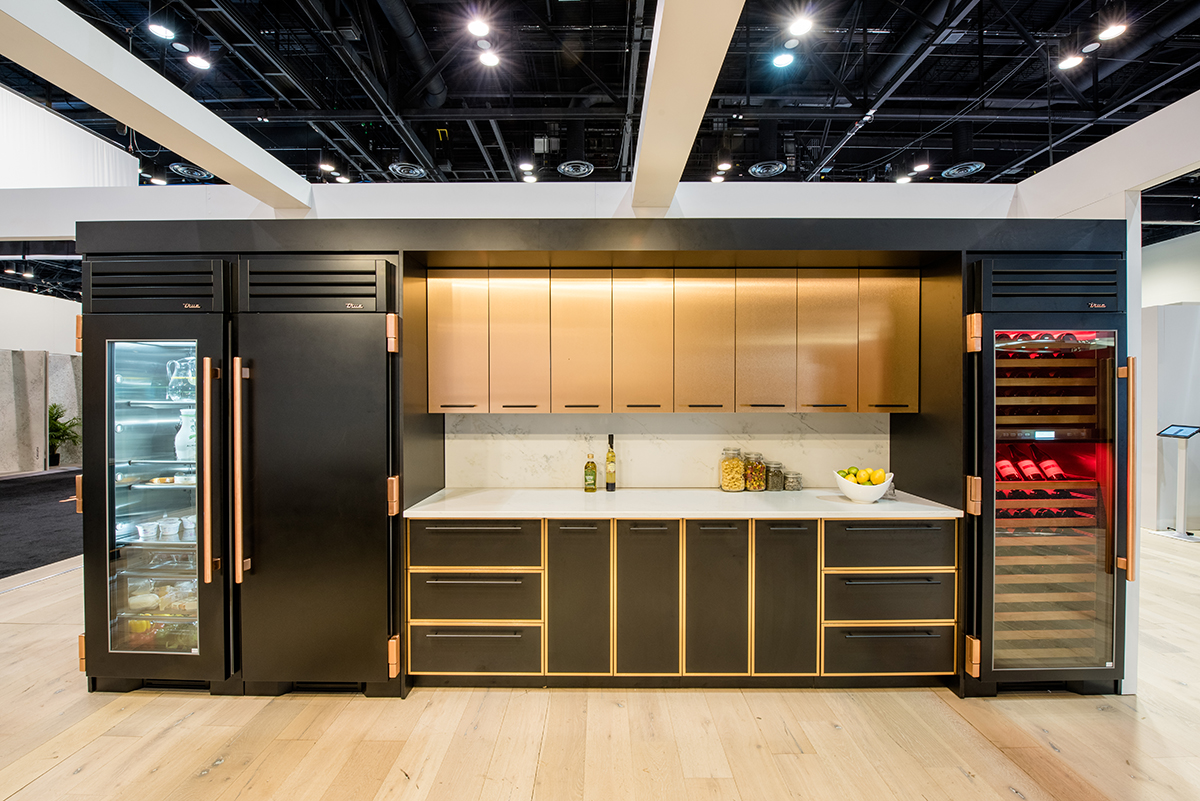 Many of us grew up with Architectural Digest as the premier coffee table magazine in our family homes. Our mothers studied it to guide their style choices and we had its luxe presence throughout our formative years. It’s fair to say that since its first appearance in 1920, AD has existed in the public’s imagination – if not always in designers’ – as an ultimate arbiter of wealth and status decor.

There’s value in that position – value that can be leveraged in other ways – and the Architectural Digest Design Show has been successful in doing so these past 16 years. The 2017 show attracted more than 40,000 design trade and enthusiast attendees in a wintry March quartet of days on New York’s Piers 92 and 94.

Like the similarly structured Dwell on Design event in Los Angeles, the AD Show has a trade/media-only day to lead off the festivities on a weekday, and a rush of public attendance on the weekend (AD’s show is open to the public Friday through Sunday). Both shows also have a strong mix of global brands and eclectic artisans. AD organizes the latter in their own area called MADE, rather than spreading them throughout the halls. It’s likely that both events compete for the same marketing dollars, too, though geography certainly makes a good case for bigger players to exhibit at both.

Here are some of the trends on display for kitchen and bath trend spotters at AD.

Cooking enthusiasts will continue to enjoy the trend toward being able to customize their cooking space with new modular cooking surfaces, different sizing and color choices. These aren’t new trends, but they are welcome ones for designers and homeowners alike. Ilve showed off its modular cooking system with a steam insert and removable griddle. The brand also offered a 40″ induction range and the ability to customize either its induction or gas ranges with RAL (similar to Pantone) color choices.

Gaggenau showed off a new 36″ convection oven that can be installed under-counter or in wall. That should be a real boon to those who entertain with caterers or catering trays.

Cooking was only part of the appliance story. Another trend on display was handle-free appliances. These aren’t new either, but they appear to be expanding. One of the most practical applications is Thermador’s new 36″ built-in refrigerator, which you can open with a knee. That works great when you’re holding a big plate of ribs that needs to marinate overnight or you want your appliances to be completely integrated, but it will be interesting to see how they address toddlers and pets bumping into them. Gaggenau has also expanded its handle-free line with an espresso machine and dishwasher (Miele and Wolf have also shown off handle-free appliances in the past).

Appliance makers continue to look beyond stainless steel at other finishes. In addition to Ilve’s custom color program (which Dacor has also offered), True was the most prolific at the AD Show and SMEG the most extravagant.

True offered a custom finish program for its refrigerators and wine preservation units that included elegant black and white finishes, as well as a range of luxurious handles in different looks to complete them.

Speaking of luxury, how about a $50,000 hand-painted refrigerator? SMEG, best known in the U.S. for its retro-styled appliances, has tapped the talents of fashionistas Dolce & Gabbana for its Frigoriferi d’Arte. Each compact refrigerator is hand-rendered in brilliant colors and historic scenes created by the famous couturiers.

The trend toward new finishes and surfaces didn’t stop with appliance makers, either. Porcelanosa introduced its innovative Airslate tiles that are thin enough at 1/8″ to wrap around curves and attractive enough to stand in for traditional slate tiles. These can go on interior, shower or exterior walls.

Sink and tub manufacturer Native Trails also showed off new metallic finishes, including a handsome copper, and a new MetalProtect product to keep it looking new more easily than ever before.

One of the more artisanal exhibitors, Kiel Arto Design, displayed a unique surface for tables or countertops made from reclaimed car metal. These striking surfaces can go indoors or out, and all of the countertops are custom-sized. If you don’t want to make that large of an investment in this modern-meets-rustic look, you can opt for wall tiles, but those are wood-mounted and not moisture-friendly. They would make a pretty dramatic interior accent wall.

EVERYTHING OLD IS NEW AGAIN

It wasn’t just car parts getting recycled at AD this year. Old looks – ranging from steam punk industrial to mid-century modern – got new looks and energy (figuratively and literally) in light fixtures. Brass finishes continued their resurgence and LEDs still powered many fixtures.

Sony debuted its new LED Bulb Speaker in its futuristic booth, among other new tech offerings. These can deliver light and sound with an app and sleep timer. This new concept with a chunky retro look can plug into any standard light socket and stream music via Bluetooth.

Regardless of your feelings about Architectural Digest magazine, this is a fun show worth checking out if you’re in the New York area next March.▪

ESG for the Kitchen & Bath Industry