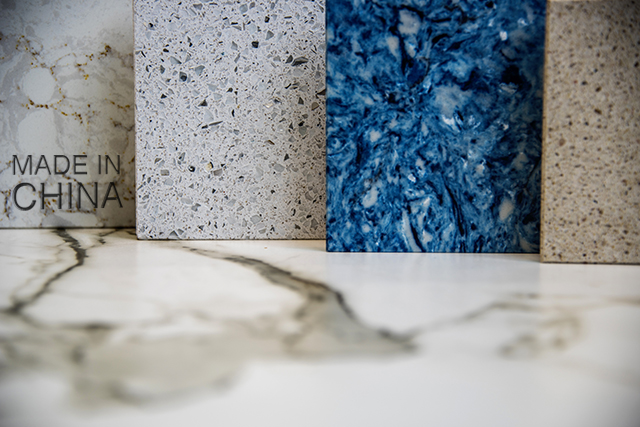 The action by trade officials, announced this week by Cambria Company LLC, “is evidence of a sophisticated and coordinated effort on behalf of China to circumvent tariffs and violate existing U.S. trade law,” according to the Le Sueur, MN-based producer of quartz surface products.

In April of 2018 Cambria initiated a petition before the U.S. Commerce Dept. and the U.S International Trade Commission alleging unfair trading of quartz surface products from China. At the time, allegedly dumped and subsidized Chinese quartz imports totaled about $1 billion per year said Cambria, whose successful petition resulted in U.S. Customs levying duties of up to 500% to halt the import of unfairly traded Chinese quartz into the U.S. marketplace.

The alleged evasion of AD and CVD duties regarding Chinese quartz imports mirrors a similar case involving Chinese imports of cabinets, vanities and cabinet components that are being contested by the Kitchen Cabinet Manufacturers Association (KCMA).

“Importers of illegal quartz surface products are on notice. U.S. Customs, Cambria, and other domestic quartz producers will not allow transshipping and illicit schemes that violate existing U.S. trade laws and tariffs imposed by the Commerce and Trade Departments,” said Marty Davis, president and CEO of Cambria. “Cambria will continue its work to ensure free and fair trade on a level playing field for American businesses, and in doing so protecting U.S. manufacturers and their employees from illegal foreign trade. You cannot have free trade without fair trade.”

As part of its recent determination regarding evasion, Cambria said, Customs found that 15 importers evaded the antidumping and countervailing duties on Chinese imports by importing quartz surface products that were made in China and then transshipped through Malaysia before entering the U.S. without payment of the duties.

“Additional research by Cambria shows that a significant portion of the quartz surface products that are shipped from Malaysia to the U.S. are actually made in China and thus subject to the AD/CVD duties,” Cambria said, adding that the company “continues to work with Customs to identify and hold responsible any foreign exporters and U.S. importers that are evading the AD/CVD duties through transshipment or any other evasion scheme.”

Customs officials are expected to issue a more detailed memorandum explaining its initial determination of evasion. Following this, Customs has seven months to continue its investigation and determine appropriate penalties.