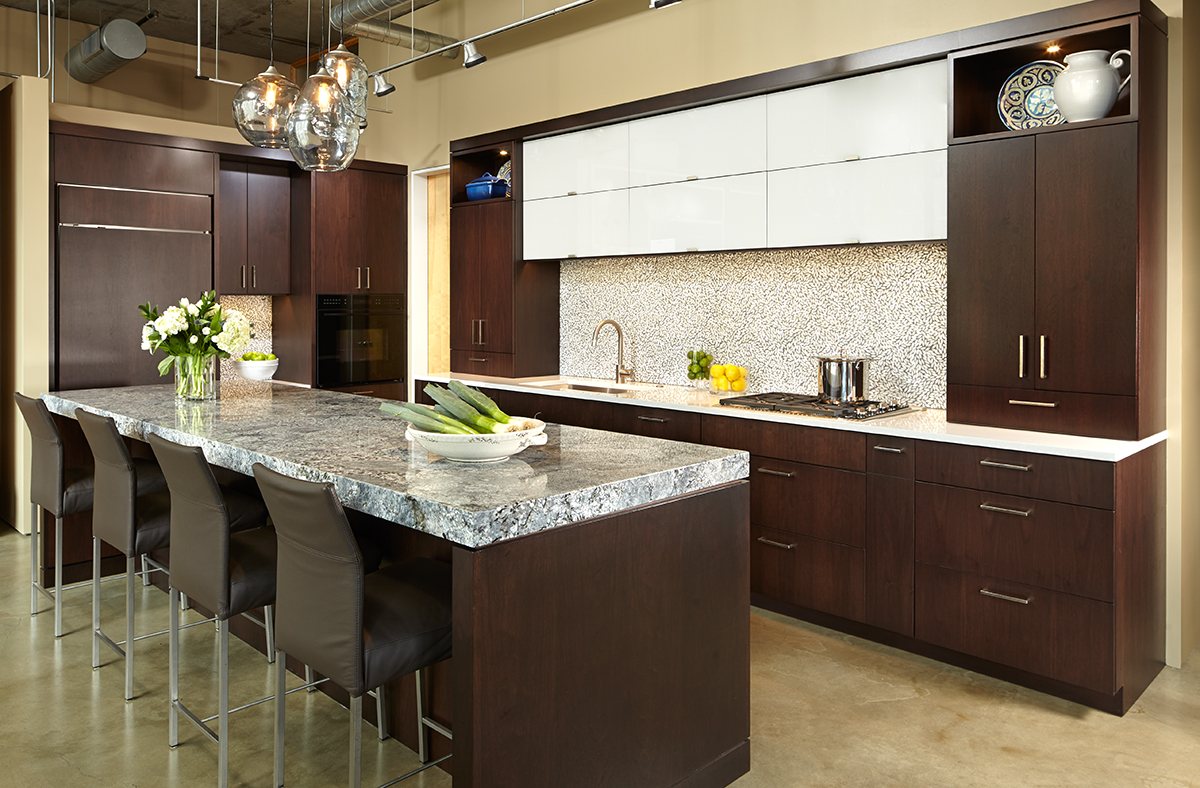 Countertops, such as the one seen on this Azul Aran granite topped island designed by Liz Schupanitz, CKD, of Liz Schupanitz Designs in Plymouth, MA, are in high demand with consumers according to the Meredith Corp. study, which showed more than half of all consumers (53%) planning on replacing their countertops.

Las Vegas — While today’s consumers view budget concerns as a major obstacle to kitchen or bath remodeling, they see the value in hiring design professionals and recognize the increasing prevalence of home automation technology.

In a presentation at January’s Kitchen and Bath Industry Show here, Meredith Executive Editor Karman Hotchkiss presented the study’s findings, which offered insights into the motivation and trends of kitchen and bath consumers.

“Our study reveals that consumers see immense value in kitchen and bath remodeling projects, and we discovered a great deal about their mindset regarding smart technology, overcoming project obstacles and hiring professionals,” Hotchkiss said.

“Today’s consumers report budget concerns as the biggest obstacle. However, they see the value in hiring a professional and recognize the increasing prevalence of home automation technology.”

Among the future plans of prospective kitchen and bath consumers, according to Meredith, are the following:

The study found that even though price is a concern, roughly 60% of Meredith consumers rely on professionals to do some or all of the work, while one-third of the respondents said they prefer to do the work themselves. When it comes to perceptions about working with professionals, the study found there are “many myths that still need to be dispelled,” including concerns over expense and designers pushing what’s currently trending, even if it isn’t right for the consumer.

Consumers also apparently recognize the increasing prevalence of home automation, or “smart,” technology, although most (87%) admit to knowing very little about it.

“When asked to define smart home technology, respondents most commonly talk about energy efficiency and mobile applications,” Hotchkiss noted. “Many also shared a concern about personal safety and security, especially regarding the potential of technology to be hacked.

“Respondents reported they felt smart kitchen and bath technology are expensive to purchase and repair, [although] respondents believe that if it can increase their home value and/or be more efficient and save money, it’s worth the expense,” Hotchkiss added.

Kitchen and bath products of high interest to surveyed consumers, according to Meredith, include: mirrors that don’t steam up from the shower (48%), upper cabinet shelves that lower with a touch of a button for easy access (38%), flooring that automatically heats to a pre-programmed temperature when stepped on (31%), and voice-activated products (30%).