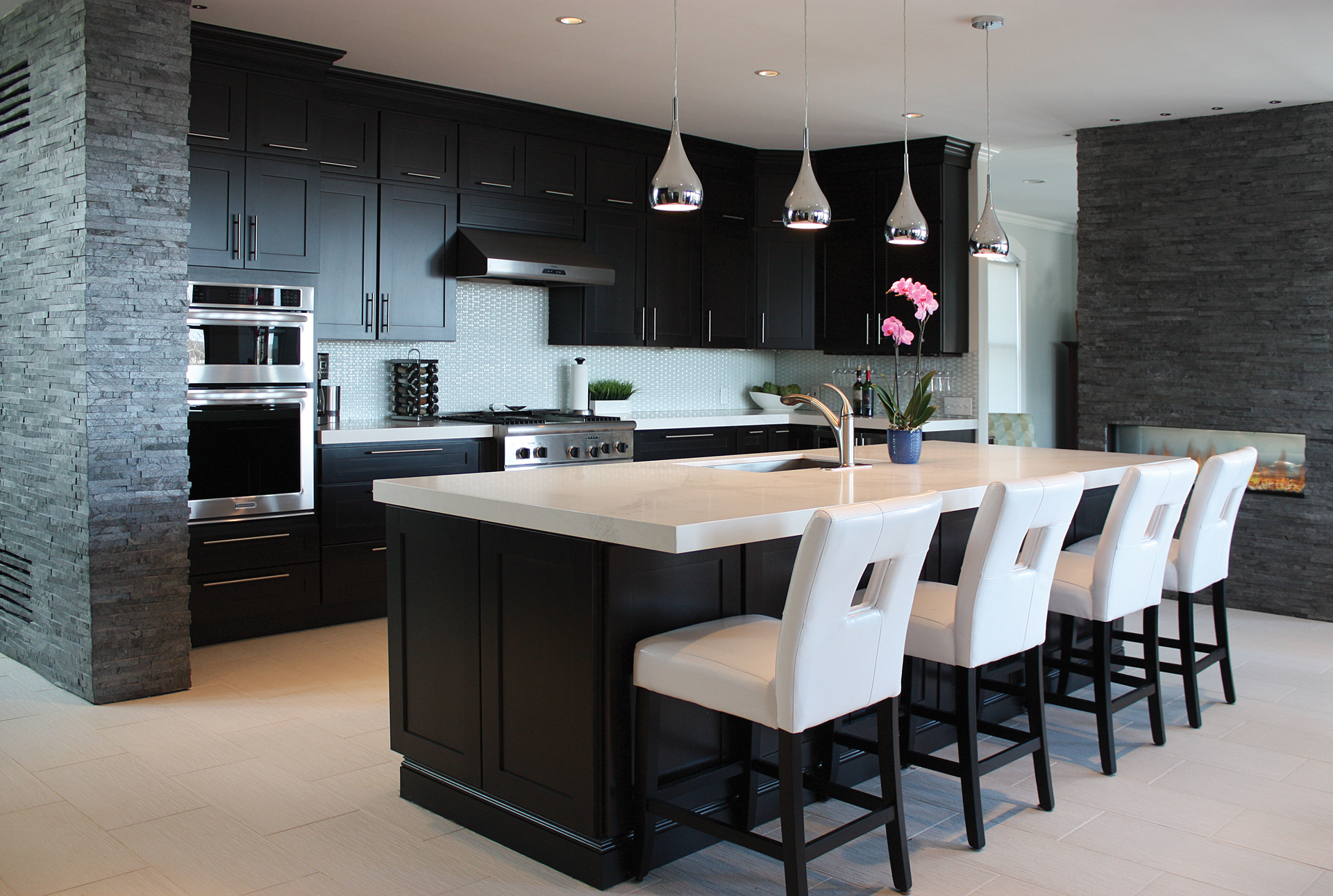 This award-winning kitchen was reconfigured to create a larger, more open area. The goal to maximize usable space was achieved through removing a pantry and bi-level island, putting in a new 4'x10' island and stacked cabinets.

Carver, MA — Most people take years to figure out what they want to do for a living. Matt Arguin, owner of Carver, MA-based Southcoast Kitchen Designs, however, is an exception to that rule: From the time he was in middle school, Arguin knew that he wanted to go into carpentry.

Arguin was raised in New Bedford, MA, where his parents had grown up, and keeping in the family tradition, he attended the Greater New Bedford Regional Vocational Technical High School, where he focused his efforts on carpentry.

Arguin’s father, brothers and sister had all attended the vocational school as well, although each one chose a different vocation: His father studied automotive, one brother studied computer programming, his other brother studied appliance repair and his sister focused on student childcare.

“Carpentry was a hobby of my father’s and I liked building different things with him,” says Arguin when explaining why he chose the path he did.

He adds: “There were small projects – my father built a shed when I was very young, but I was out there with him. He’d build different things for me, like a treehouse, just small projects. He was pretty handy and I enjoyed doing that type of work with him.”

Arguin initially had aspirations of becoming an architect. However, during high school he found that he had a passion for cabinet making and so his senior year, he was placed with a cabinetmaker as a co-op student.

After he graduated, he continued working at the same company for 10 years, first as a cabinetmaker, then transitioning into countertop fabrication, and finally moving into project management and estimating.

He attributes much of his kitchen industry knowledge to his on-the-job training at this company. However, after 10 years, he realized that he had probably gone as far as he could within the company and decided he wanted a new challenge. So in 2005, Arguin went out on his own and started Southcoast Kitchen Designs.

BUILDING THE BUSINESS
Today, most of the work Southcoast gets is through referrals and word-of-mouth; however, it took a lot of hustling for the company to get there. For five years, Arguin was a one-man enterprise, working with clients during the day, networking with the community in the early evening and finishing up paperwork, designs and quotes at night while his family was in bed. He finally took the leap and hired another full-time designer in 2010, once Southcoast began to build greater name recognition and he was convinced that there would be enough steady work for two designers.

Arguin prides himself on providing “superior service,” including offering complimentary in-home consultations before the client even steps foot in the showroom. This allows Arguin to get a sense of the space he will be working with as well as the customer’s personal style. He notes that he does not consider a project finished unless the customer is 100 percent happy with the outcome. In fact, he says he will even continue on a project beyond the plans – without charging additional fees – until everything is just as the customer wants it.

SPECIAL PROJECTS
While Arguin has handled a wide array of projects over the years, there are two specific ones that he likes to talk about. One is an award-winning kitchen renovation in Portsmouth, RI in which Arguin was able to call upon his cabinet knowledge to create more storage and work space in a 700-sq.-ft. space. The project involved removing a pantry, pushing back a wall, removing a bi-level island and decreasing the depth of a fireplace.

Additional cabinetry was installed to organize clutter in an awkward-shaped space by the stairs. Modern, Shaker-style stacked cabinets with stainless hardware, and white Caesarstone quartz countertops with 2.5″-thick edges achieved the clean, airy and contemporary look the clients favored.

The other project Arguin is particularly proud of is Southcoast’s newly relocated showroom. Formerly a four-classroom schoolhouse built in 1932, the building drew Arguin largely because of its’ aesthetics. The layout worked well for Arguin’s idea of separate vignettes, but there was still a challenge in terms of preserving the integrity of the building while creating multiple displays.

He concludes: “It was very challenging to make the best use of the space while still keeping the beauty of the building.”

With Arguin’s deep roots in kitchen and bath design stemming back to his childhood, it seems only fitting that he is going “back to school” to further his career and success.