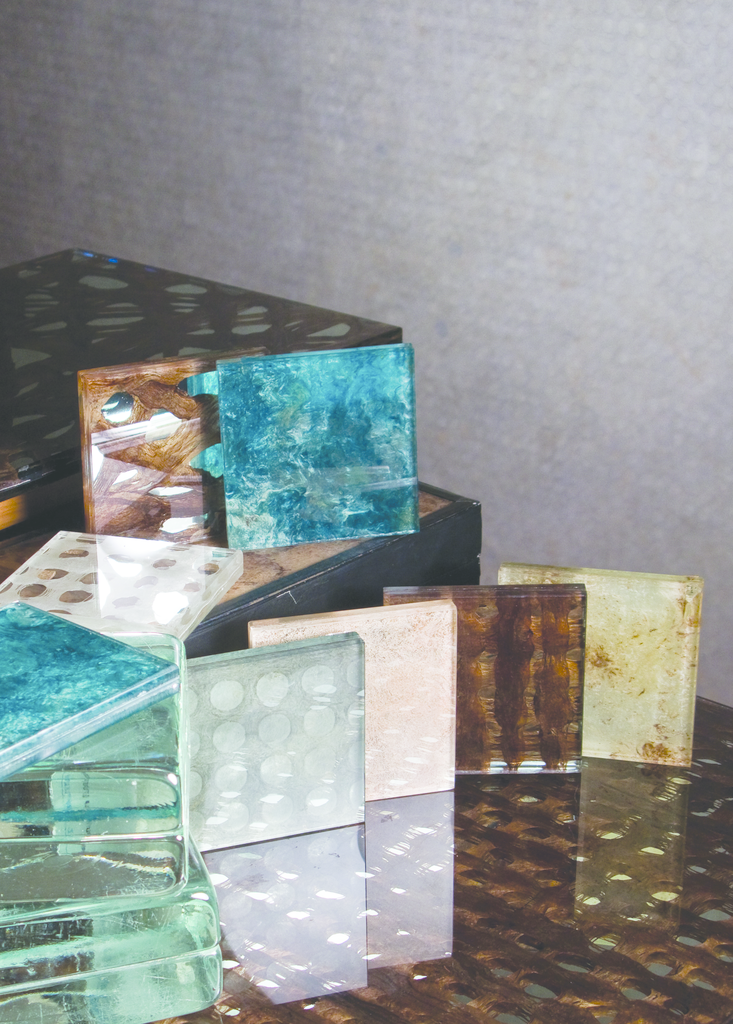 You may not have heard about the WestEdge Design Fair. It’s only two years old, after all. You need to, though. Despite being a newcomer to the industry, WestEdge flexed some pretty serious design muscle this past October in Santa Monica, CA.

This little show featured more major new products than many of its bigger rivals, including the similarly structured consumer/trade hybrid Dwell on Design.

Credit WestEdge producers, Megan Reilly and Troy Hanson, whose resumes include the Architectural Digest Home Design Show, International Contemporary Furniture Fair, NeoCon and NeoCon West. Their contacts showed up in force and brought their latest releases with them.

Most of the new products seen at WestEdge came from the appliance category, and many had to do with cooking. Bosch showed off its first side-opening oven, available in left or right hinge. This will be a welcome addition to aging-in-place and Universal Design kitchens.

La Cornue featured its W series, starring the most unique-looking cooktop on the market. A collaboration between La Cornue president Xavier Dupuy and renowned global architect Jean-Michel Wilmot, the W table features four elements, two of them bridged, legs, front knobs (like a range top) and industrial-modern styling in a 59”x36” table. It can stand in the center of a room or against a wall, but at 31.1 inches tall, it will be shorter than most of the cabinets in use today. There’s also a 59”-wide hood to use over it, a W-series oven tower and two American Oak furniture pieces in the suite. This is not your grand mere’s La Cornue!

Miele showcased its first-ever ranges at the show. They feature ergonomic touch-screen panels and handles, both tilting to make access easier. This month’s release will include induction, gas and electric cooktop choices, as well as gas or electric oven choices. They’ll be available in 30”, 36” and 48” sizes.

SMEG market-tested a series of built-in ovens with retro styling. The Victoria line offers combi-steam-convection and combi-microwave-convection in black, white, cream and stainless to coordinate with its refrigerators. The company also showcased a retro line of small countertop appliances.

AGA displayed its new City 24 Range Cooker at the show. Unlike the traditional British cookers, this AGA isn’t always in “on” mode, and its compact size is designed for the new urban homeowner.

Jenn-Air showed off its new obsidian-interior built-in refrigerators. The motivation was fashion, according to Brian Maynard of Jenn-Air Brand Marketing, and there were even staged interiors like glossy food magazine spreads. The LEDs keep the interiors bright and metal-trimmed door bins add modern elegance. Another stylish feature of this series was its soft-close bin glides.

One of the game-changing introductions at the show was Irinox’ Freddy, the first-ever Blast Chiller for residential use. This Swiss Army Knife appliance was taken from commercial kitchen design to be a versatile multi-tasker in early adopter households. Freddy will shock freeze produce for longer life, thaw frozen food, quickly chill wine, slow roast dinner, leaven dough and prepare a hot meal to come home to with its Ready Meals functionality.

Here are some of the appliance trend takeaways from WestEdge:

WestEdge is not a plumbing show, but there were definitely a few notable fixture and faucet brands on display, showing off some interesting new releases.

Rohl added to its high-end Jewel Collection with new handles for customizing the lav look.

Italian faucet maker Fantini also offered customization in its newest Milano H shower system. It works indoors or outdoors with a new stainless steel finish. The H (for Horizontal) allow clients to choose from a rain shower, cascade head or hand-held showerhead and mount the controls horizontally or vertically. The Milanoslim system includes body sprays, hand-held and narrow rain showerhead in a compact modern set and is also stainless for indoor or outdoor use. Despite their multi-function features, both H and Slim can be Cal Green-friendly, though the H requires a three-way diverter to achieve compliance.

French manufacturer Blackbody offered customization, as well, in its Organic LED-powered mirror lines. OLEDs are recyclable after their long life, adding even more sustainability to an already sustainable category. The company lets designers customize mirrors to their size and shape specifications with an easy no-CAD submission process. All you need to supply are measurements and a drawing and the company will make a mirror to your spec.

Here are some of the fixture trend takeaways from West Edge:

It didn’t take very long to cover the compact exhibit hall. WestEdge took about a tenth the space of Dwell on Design, (35,000 square feet to 346,890 in the Los Angeles Convention Center’s South Hall), but packed an impressive roster of creative exhibitors in its tiny footprint.

Bauformat Kuchen will impress cabinet dealers and independent designers looking for a new European cabinetry line. Eric Mnat, the brand’s California-based representative, shared that while being customizable to one millimeter, the KBIS 2014 debut line is affordable and deliverable in 28 days.

The Galley offers U.S.-made kitchen sink workstations. There are modular sinks, cutting boards, drying racks, colanders and other accessories. With a major new corporate investor purchasing 70 percent of the company this year, the Oklahoma-based company is looking to continue expanding its offerings and consumer awareness.

CABA Barkskin is a family-owned surfacing company in Santa Fe, NM. It makes wall coverings from tree bark, (called Barkskin), harvested in Mexico. The colorful and creative designs won an originality award at WestEdge, and can be used between glass or resin panels for countertops, furniture or backsplashes. If used on their own, they should be installed away from moisture for the longest life span.

Here are some other trend takeaways from WestEdge:

WestEdge was a big, delightful surprise in a small, manageable space, and definitely a design show to add to your 2015 industry coverage. Plan on a single trade day next October (2015) and make a Santa Monica weekend out of your visit. The show’s website is westedgedesignfair.com.