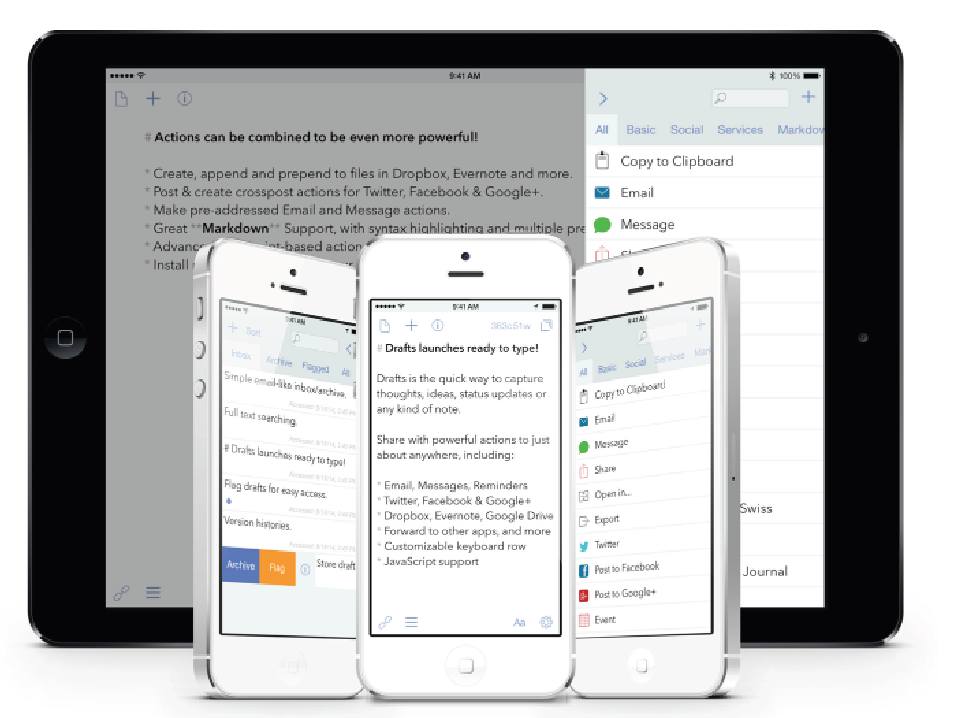 What it is: An app for taking notes that can be shared through other apps.

What it does: When Drafts is opened, a new, blank draft appears for the user to begin typing in. When leaving Drafts to go elsewhere, there is no need to save – the note will be there when the user  get back. Draft history works like a stack of paper with recent items on top. Notes can also be captured through multilingual dictation. A link mode makes phone numbers, email addresses, URLs and addresses in a draft tappable link. Reminders can be automatically imported from a designated list, and turned into individual tasks in Reminders. With one step, notes can be exported to Twitter, Facebook, Mail, Message, a Calendar event, a Google search, saved to Dropbox, Google Drive or Evernote and more. The app costs $4.99.

Who it’s for: Anyone who needs a simple tool for taking notes, and quick and easy dissemination through other apps.

Why kitchen and bath designers need it: Whether in a client meeting or on a project site, Drafts can be used as an unobtrusive method for noting reminders without taking attention away from the task at hand. It then allows designers to pick up where they left off at a later time without losing their train of thought, and to integrate these thoughts in other apps for various uses.

Who makes it: Agile Tortoise

Platform: iOS for the iPhone, iPad, iMessage and Apple Watch

Where to find it: On the iTunes Store

For more information, go to: http://agiletortoise.com/drafts/