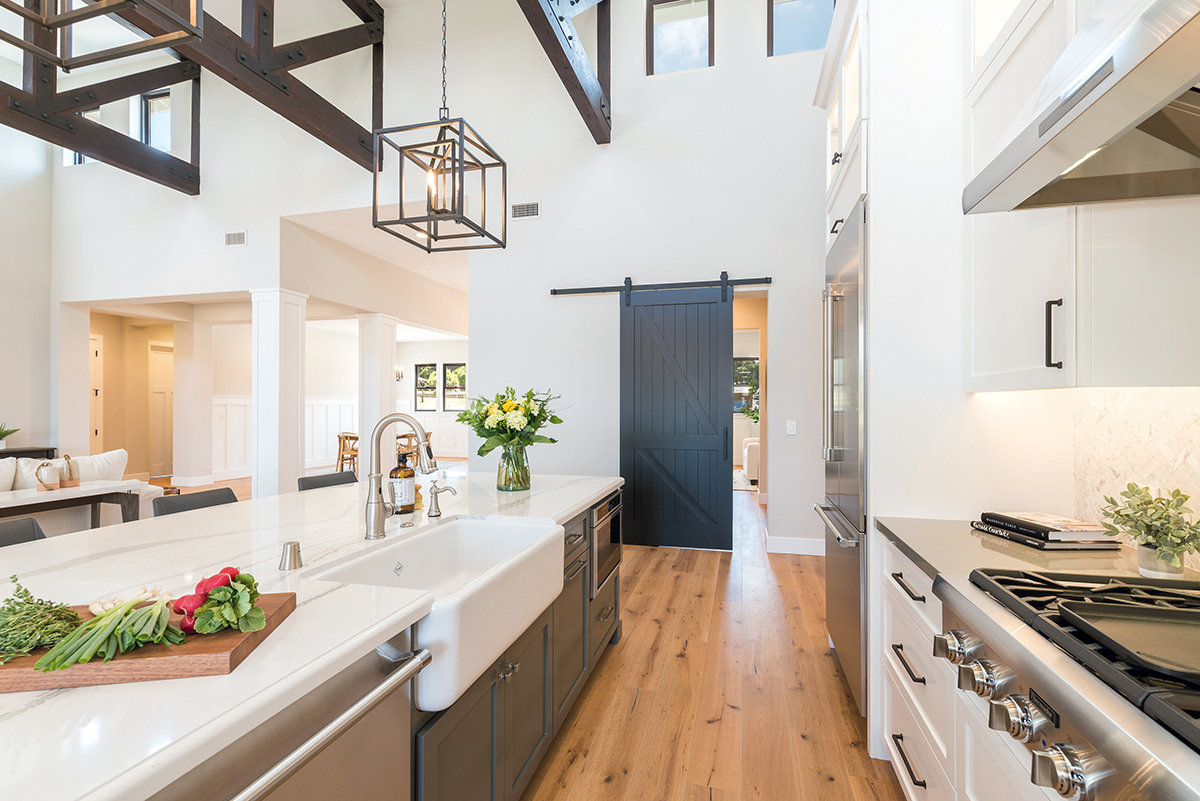 Pismo Beach, CA — From a fairly young age, Honeycomb Home Design owner Ariana Lovato had an awareness of the benefits of good design. “I wasn’t making doll houses or rearranging my room constantly, but I did pay attention to the way spaces made you feel, like hotels or restaurants or friends’ houses that I just enjoyed being at,” she recalls. “And I didn’t really know exactly why I liked [those spaces], but later on I realized, ‘Oh, it’s because it was well thought out and well designed.’”

A visit from a design and merchandising school rep to her San Luis Obispo high school cemented her interest in interior design, and after graduating from the Fashion Institute of Design and Merchandising in Los Angeles, Lovato immediately put her nose to the grindstone.

“I worked with my best friend’s mom, who was a designer, for about three years as her assistant…and then I worked for a builder in Santa Maria doing large spec homes,” she says. “I got a really big education in construction at that job, and we’d have to do quality walks and electrical walks and all that stuff. So that was a really big deal to me, and it’s knowledge that I took with me when I eventually started Honeycomb about four years ago on my own.” 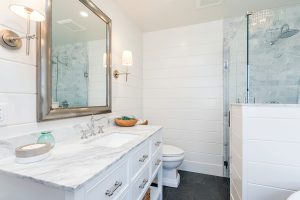 This appreciation for good design and construction is reflected in the name of her firm: “I love geometric shapes…and when the hexagon is stacked upon one another, like in a beehive, it’s actually [one of] the most structurally sound shapes that there is when it’s pressed upon,” she explains. “That eventually led me to ‘Honeycomb.’”

While Honeycomb Home Design is certainly a distinctive and memorable company name, Lovato has had to put a great deal of effort into creating and maintaining a solid, recognizable brand, both on and offline. This serves not only to draw potential clients to her company, but also to ensure that they are the right clients.

“I’ve put a lot of time into what I want my presence to be seen as, so that when a client is coming to us, they’ve already kind of vetted us,” Lovato says. In addition to a quality website, social media has been a boon for her brand. “The use of Instagram and Facebook and Google has really helped me as well…Even video has been huge in my business because it allows people to get a sense of my personality before we even meet.” She adds, “I had a new client yesterday, I went to their home and they said, ‘I feel I already know you because I watched your Instagram videos,’ and I was like, cool! I don’t have to work as hard!”

Lovato’s efforts to foster awareness of her company offline have taken a far more traditional form. After starting her own company at 25 (with, she recalls sheepishly, about $400 in her bank account), Lovato drummed up business the old fashioned way. “I worked really hard networking, and by networking, I mean I was literally just telling everybody what I was doing,” she says. “I started reaching out to local builders in my area, emailing or calling or just going to visit them and letting them know who I was and what I was doing.”

Recently, Lovato’s name has been popping up in some prestigious places – the NKBA’s 2020 Thirty Under 30 list, LUX Life’s 2019 Designer of the Year, Woodworking Network’s Best Office Cabinetry Design, DesignHounds and Best of Houzz (not to mention KBDN’s very own 2019 Top 50 Innovators list) – and, according to Lovato, there is no magic solution to garnering this kind of notice at such a young age. 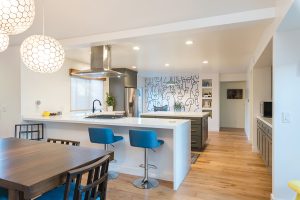 This kitchen, part of a whole-house remodel, required the removal of several walls in order
to open the space up and create a Midcentury Modern vibe.

“It’s hard work, and you have to be very consistent,” she says. “That’s the biggest thing that I could ever stress to anyone – to be consistent with how you work, how you post, how you email, who you are.” She adds, “Sometimes you feel like a hamster on a wheel…I’ve sacrificed a lot of fun to build my business, but to me there was no question about it.”

As her business heads into the new year, Lovato isn’t planning on slowing down. “I’ve spent the last three years growing Honeycomb and trying to streamline our processes and marketing and the feel of the brand and the business. And I’m hoping that next year I can really take it to next level,” she says. Her plans include carrying additional product lines to what she already carries and furthering her education wherever possible in order to stay on the cutting edge of kitchen and bath design.

Lovato believes that, while the workload of owning her own business will not decrease, her abilities and her confidence in her abilities will increase and make the load easier to bear. “This past year, I’ve had a lot of sleepless nights, and bad things can happen, but how you manage the stress does get easier over time.” ▪